YETI launched in 2006 with one main goal: to create a cooler the founders—two brothers—would use every day if they could. In 2008, the Austin-based brand started selling the Tundra, its first cooler. Fast-forward more than a decade, the brand has expanded well beyond its first rugged cooler into luggage, chairs, dog products, and drinkware. And now, the brand has expanded its drinkware line further, launching its lightest—and first plastic—water bottle, the Yonder.

The Yonder launched in two sizes—750 milliliters ($25) and 1 liter ($28)—and in four colorways: Clear, Seafoam, Navy, and Charcoal. YETI says it included input from more than 150 brand ambassadors, including mountaineer and filmmaker Jimmy Chin and legendary climber and mountaineer Conrad Anker. The brand also sent a Yonder with surfer John John Florence as he spent two weeks sailing about 3,000 miles from Hawaii to Fiji.

We've spent some initial time with the Yonder Plastic Water Bottle, and here's our breakdown. 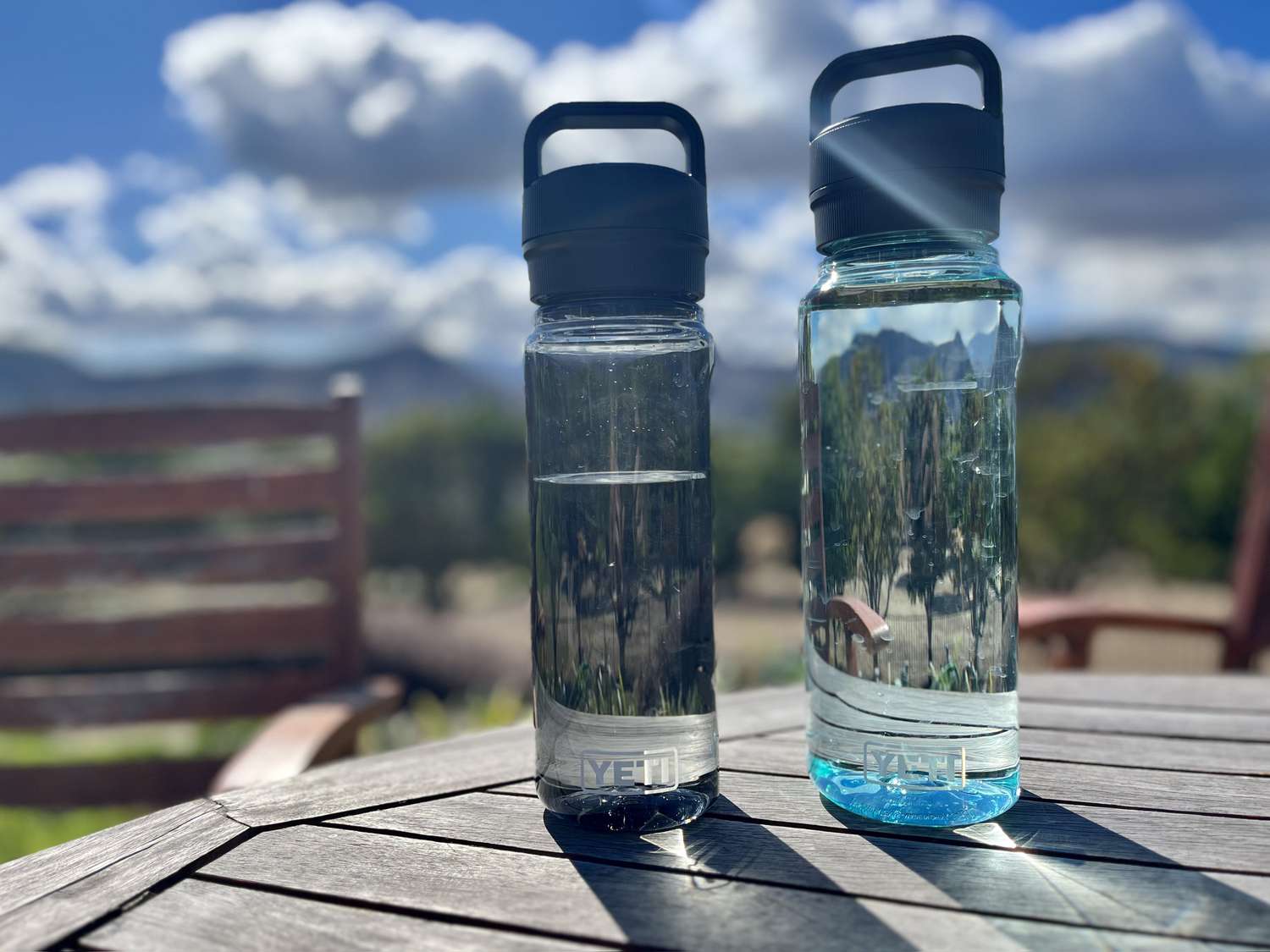 Marketing gimmicks aside, like sending the bottle on a 3,000-mile sailing mission, there should be no concerns with the durability of this bottle. YETI's plastic is truly lightweight and durable. YETI built it to sustain hard impacts, drops, and freezing temps. After filling it up a few times and tossing it into the air and onto concrete, we didn't see any major game-ending durability issues.

I'm also a big fan of the Yonder chug cap, which resembles the chug cap found on YETI's insulated tumbler, the Rambler. It is really the perfect size to gulp down your water without worrying about spilling it all over yourself. Bonus: YETI says it's leakproof, and through our initial testing, we have no reason to disagree.

The compact size of the 750-milliliter version is also a plus for this series. Both bottles easily fit into backpack water bottle holders, but the smaller version is particularly handy for packing. Despite being about the same size, YETI says the Yonder is about 50 percent the weight of its insulated Rambler tumbler.

Two things about this bottle bother me a bit. And one could be changed through design, while the other is admittedly a bit of an unfair nitpick. First, I couldn't fit either bottle in the cupholders of three different vehicles. I'd love to see a version of this bottle that easily fits into a car or truck cup holder. But, compared to a Nalgene, it's a slimmer size.

Second, and again, this isn't totally fair because it's just what happens with plastic water bottles. I'm concerned about gunk buildup when I inevitably put electrolyte mixes in this bottle. One of the things I most love about YETI's Rambler is the 18/8 stainless steel, which doesn't allow that buildup.

Who Should Buy the YETI Yonder

Like most YETI products, it comes down to whether the cost is worth it. The Yonder is a high-quality bottle that should last you for years or decades as long as you don't drop it overboard or off the side of a mountain or chairlift. Is it worth about $10 more than a similar Nalgene? That's up to you. The Yonder cap is easier to drink from and probably more indestructible than Nalgene's cap. The Yonder also seems easier to clean and is dishwasher-friendly. It'll also pack a bit easier. But, again, this comes down to if you're willing to spend a bit extra for a YETI. We say it is, especially for a gift.

Nathan Allen is TripSavvy's Outdoor Gear Editor. He constantly has multiple water bottles around him—one for water and another for electrolytes. His current go-to water bottles are a 48-ounce Nalgene, YETI's Rambler, and now, probably the Yonder, which he's loving because of how light it is and the chug cap.