As an outdoor gear editor, I get asked many gear-related questions by friends, family, colleagues, and even strangers at airports and breweries. One of the most common brands I am asked about is YETI — more specifically, are these coolers worth the higher price tag? It's a fair question and one that we sought to answer as there are numerous brands out there offering high-quality backpack coolers.

Over the past few months, we've put dozens of soft and backpack coolers to the test, first in our New York City product testing lab and also in the real world. We tested them all for design, insulation, durability, portability, and capacity. We took temperature readings of the inside of the coolers. We hiked them around, put them on paddleboards, and took them fly fishing.

Two that topped our list? The YETI Hopper M20 and the RTIC Backpack Cooler — we compared these two popular picks side by side to help you find the right choice for your needs.

Both of these coolers are excellent, but in a head-to-head matchup, our testers give the nod to RTIC's Backback Cooler. While it doesn't quite have the insulation and cold-retention of the YETI Hopper M20, it's just as durable. We like that RTIC's cooler has waist straps to even the weight, and the larger opening is better for organization. And at about half the cost, RTIC's Backpack Cooler is a solid value.

Read on for detailed testing insights in each category for which we tested. 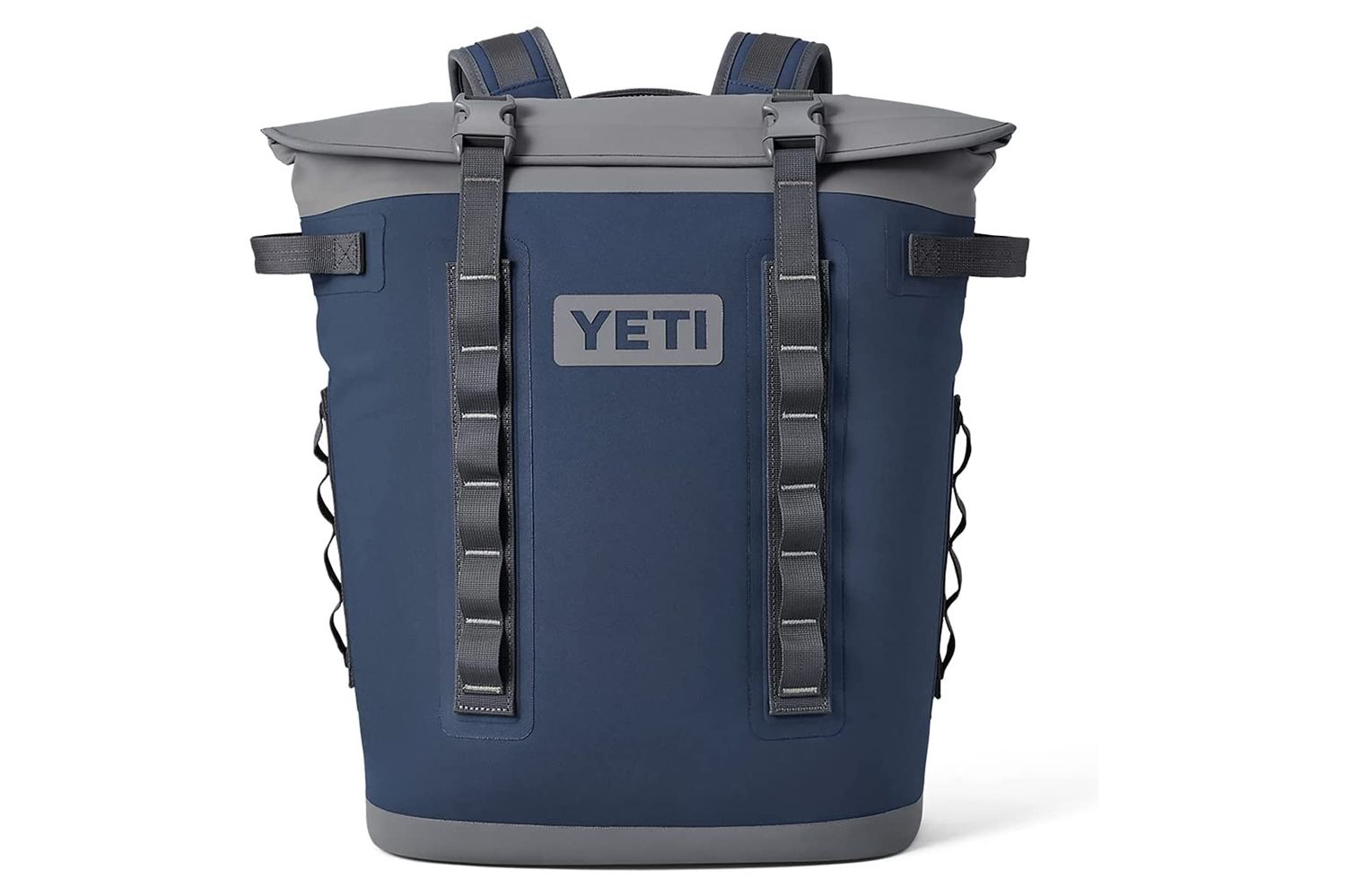 View On Amazon View On Dick's View On Basspro.com

Price at time of publication: $325

Who should buy this: The YETI Hopper M20 is for anyone looking for a top-shelf soft-sided backpack cooler with superior insulation and cold retention. Even with its higher price, our testers said they'd recommend buying it. For anyone looking to take a soft-sided backpack cooler over a weekend camping trip and not worry about the temperature increase within the cooler, YETI's Hopper M20 is an excellent option. 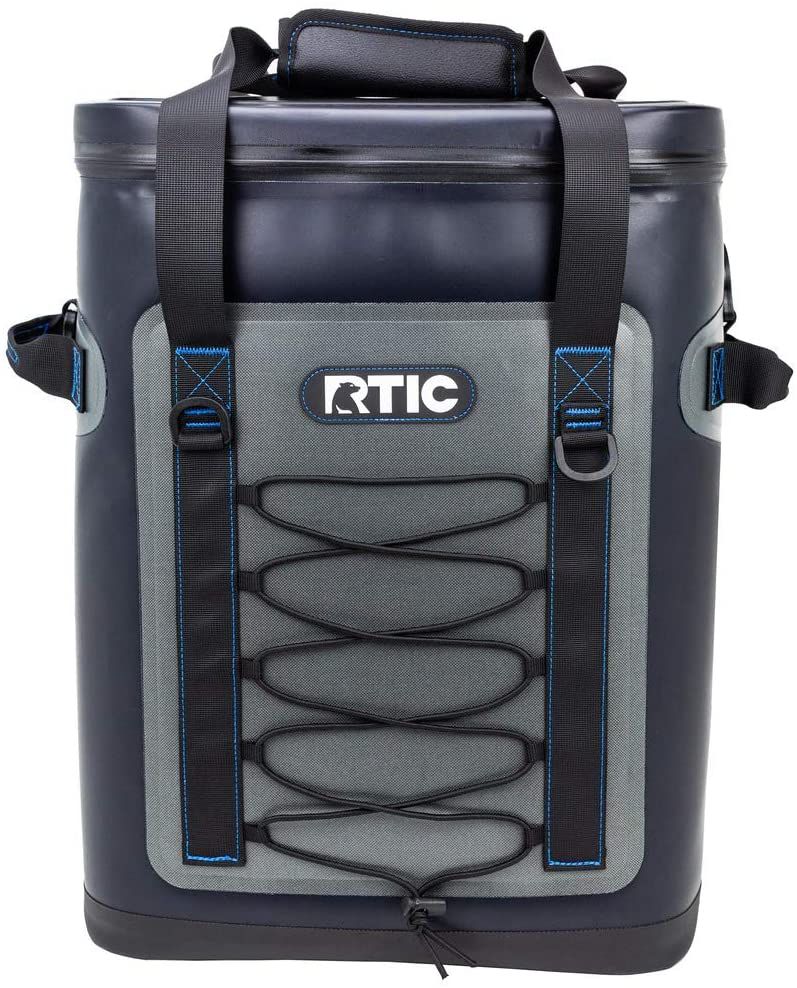 View On Amazon View On Rticoutdoors.com

Who should buy this: RTIC's Backpack Cooler is for anyone looking to snag a solid backpack cooler at a more approachable price (we realize that's the majority of people). As mentioned above, you'll sacrifice a bit of insulation and cold retention capacity, but make up for it in a more comfortable carry and a design that's better suited for placing and removing items, especially items that are in different shapes than a beverage can.

We love when brands take customer feedback and upgrade products. That's what YETI intended to do with feedback that even with the included lubricant, its zipper openings were still challenging to use. The brand then innovated and released the MagShield Access magnet opening. We love the magnet opening for its ease of opening and closing, but we had issues opening the top wide enough to accommodate larger food items. As one tester put it: "It's great if you're throwing in a bunch of beers but annoying if you're trying to organize food."

We pick the RTIC's larger and more accommodating opening (a zipper top that flips open) for the best design. It has the more practical—albeit less sleek—design that our testers appreciated.

RTIC's Backpack Cooler has excellent insulation. But YETI is practically synonymous with superior insulation quality. In our tests, after 24 hours, the YETI cooler's inside temperature was basically unchanged (decreased by a tenth of a degree) with half of the weight of ice remained. (And the external can temperature decreased significantly.)

RTIC's cooler also only had about half of the ice melt, but its internal temperature rose close to 10 degrees over 24 hours. However, we took this cooler on a six-hour road trip with ice cream, which remained frozen the entire time, so the RTIC insulation is suitable if you only need items to stay at their coldest temperatures for shorter periods.

Winner: It's a tie! Both coolers have proven to be very durable.

Both coolers are exceptionally durable, especially for soft-sided coolers. We took turns pushing the full coolers off of tables, and the YETI and RTIC performed better than most, with no scuff marks and no leaking. We've since taken them into the real world, tossing them into and out of cars while camping and fishing, and the cooler packs remain basically flawless. "YETI does it again," one tester said. "This pack is very durable. Since it's soft-sided, there were no scratches, dents, or rips. No ice spilled out either on the fall."

This came down to a waist strap. The RTIC Backpack Cooler has one, and the YETI Hopper M20 does not. That bonus strap helped with the weight distribution of the RTIC, which, like the YETI, got heavy with the ice and cans. While the shoulder straps on the YETI were easy to adjust, our testers generally felt they could use more lining. Our testers also liked the padding and ventilation on the RTIC's back panel.

The YETI held more than we expected, but as mentioned above, the design makes it tough to easily fit much more than cans or bottles of liquid in and out of the cooler. So we give the nod to RTIC, which also fit more than expected and allowed for easier organization.

Here, we come back to the hot question. Are YETI's coolers actually worth the cost? If you want an excellent quality backpack cooler, then, yes, it's worth the price. But we have to give the pick to RTIC's Backpack Cooler as it performed on par with the YETI in most categories but is around half the price.

Nathan Allen is TripSavvy's Outdoor Gear Editor. He's used coolers for as long as he can remember mainly while fishing and camping. Nathan appreciates the technology and advancements made in coolers during his lifetime. He currently uses YETI's Hopper M20 and IceMule's Insulated Backpack Cooler as his two go-to backpack coolers. At TripSavvy, we regularly test coolers in our testing lab and send coolers to real world expert testers for feedback.