My Adventures in Traveling Around the Globe as a Vegetarian

Wendy Altschuler
Wendy Altschuler is a Chicago-based travel and lifestyle writer who covers adventures across the globe.
TripSavvy's editorial guidelines

When traveling to other countries, I find myself apologizing a lot for being a vegetarian. "There's one at every table," I'll say. Or, "I know, I'm the strange one. I'm so sorry to be difficult." After all, for me, it's a choice, not a life-threatening allergy, and it comes from a position of privilege. I can decide not to eat meat because there are plenty of other nutritional options in my home country. Many people worldwide don't have an alternative; they have to eat what they can, depending on what can grow in their soil and what resources they have access to, which often equates to an omnivore regimen.

Culture and tradition also dictate diet, and when moving about the globe, it's essential to be humble and thoughtful. I try to be as adventurous of an eater as possible when traveling while at the same time sticking to my no-meat ethos. I passed on meat kebabs in Dubai, but I tried camel milk. Instead of horse meat in Iceland, I washed down fermented shark with Brennivin. And instead of lamb rotating on a vertical spit in Israel, I filled my plate with hummus and falafel.

What I've learned is that sometimes you have to compromise, pack your own food, and do a little research ahead of time to find a place where you can eat. Below are a few personal travel stories where I had to choose while traveling as a vegetarian.

Years ago, I traveled to Tokyo's Ginza neighborhood to eat at a restaurant that has been upending the Japanese dining culture since 2015. Tsurutokame is quite revolutionary: While very few women typically pursue leadership culinary careers in Japan due to the patriarchal structure of the industry, this traditional eatery places women at the helm.

Located in the basement of a high-rise building, with only a small paper lantern illuminating the way, Tsurutokame was challenging to find. When I arrived, I met with an interpreter who introduced me to the restaurateur, Harumi Mikuni, who opened the restaurant with her husband, Osamu Mikuni. The restaurant is petite, with only a 14-seat counter and a few tables in the main dining room.

The three of us sat in a private room for over an hour and discussed how the young women were trained in a sisterhood, honing their skills and working their way up to the counter. The women sign up for an apprenticeship, live together in a dorm, and practice knife and cooking skills, flower arranging, singing, calligraphy, tea ceremonies, and the art of conversation. Mikuni made sure to let me know that the women are all well-rounded, attending opera on the weekends and spending up to 12 hours per day in the kitchen. It's a great honor for the families of these women that their daughters have received such an extraordinary opportunity.

Culture and tradition also dictate diet, and when moving about the globe, it’s essential to be humble and thoughtful

I remember trying to be considerate of what my face was doing as I asked questions through the interpreter and listened to Mikuni’s responses in her native language. When she would smile, I would follow suit; when she looked serious, I fell in sync—all in an effort to be respectful.

After the interview, we went to the counter to see the chefs in action. They smiled while working and bowed their heads as a dish was placed in front of me. Even though I had mentioned that I was a vegetarian and didn’t eat meat, I was presented with a trio of salt-grilled fish—head, tail, and all.

With everyone watching my next move, eager to see my reaction after tasting the expertly prepared meal, I picked up my chopsticks, bit off the fish head, and smiled with gratitude. Meeting these women and witnessing their craft was a highlight of my experience in Japan, even if I had to eat something I usually wouldn’t.

With a wide range of climates, from high altitudes to low, Peru is said to have more than 4,000 types of potatoes, and you can expect a lot of Peruvian dishes to include this staple. Ceviche, marinated beef or alpaca, shredded or roasted chicken, and meaty stews and casseroles are popular throughout the country, from Lima to Cusco.

While traveling here, with my three kids in tow, we came across another critical source of nutrition: cuy, which translates to "guinea pig." We saw cuy running around in hay-filled pens while visiting an alpaca farm and dead cuy on sticks, roasted, and being waved at us from the roadside. My kids had to learn the lesson that many other countries don't treat animals as pets to play with, especially in children's elementary school classrooms. Guinea pigs are the primary source of sustenance for the Andean region. The traditional recipe includes stuffing the animal with local herbs, roasting it over an open fire, and serving it with—you've guessed it—potatoes.

Despite cuy being a staple in this part of Peru, I utilized online apps and websites like HappyCow and Vanilla Bean to find local vegetarian-friendly restaurants. And I could still imbibe in the national cocktail, the pisco sour, a bright and citrusy drink made with pisco brandy, simple syrup, lime juice, egg whites, and bitters—yum!

When I told my Kenyan guide, apologetically, of course, that I was a vegetarian, he told me about his grandmother who had to visit the doctor for her poor health. "Kenya is a meat-eating country," he said. "The doctor told my grandmother to stop eating meat, and she decided to become her own doctor. Not to worry, we care for global travelers, and we'll get you a vegetarian lunch."

I was traveling with Exodus Travels on a one-week safari, where instead of hunting the Big Five, I was shooting lion, leopard, rhinoceros, elephant, and buffalo with my camera. I had no issues getting a vegetarian meal in the hotels, lodges, and camps; most of what I ate in the touristy areas was Indian food and sides of beans and root vegetables. And, to stay satiated between meals, I picked up snacks, baked goods, nuts, and fresh fruits at a local grocery store beforehand.

But I did miss out on getting to sample the local fare due to my diet. At one point on tour, our group stopped at a local butchery called Choma Tayari. Skinned, headless animals hung in the windows. We saw where the meat was prepared and sat at a table in the windowless back room, which smelled of smoky BBQ and spices.

While I didn't sample the goat meat, delivered to our table on several plates, I was happy to take in the scene. Locals were elbow to elbow, smiling over their plates full of meat, and diners were silent outside our table of tourists. Our guide told us that Kenyans typically don't chat when eating—they focus on the food and socialize afterward. This was an experience I wouldn't have had on my own, and I was grateful to be on a tour that exposed me to the local culture. 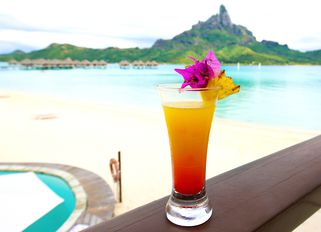