Earlier this summer, I had the opportunity to hop on the inaugural sailing of Norwegian Cruise Line's Norwegian Prima, the first in a six-ship class. When I accepted my invitation to join, I knew that the Prima was loaded with a bunch of "firsts"—the first three-level racetrack at sea, the first free-fall slide, the first-ever food hall on a cruise ship. And while all of these attractions were, in a word, incredible, what first drew me in was the pickleball court.

I used to play tennis in middle school and high school, but since moving to New York, I've only picked up a racquet all of one time. So on Day One of my cruise, when half the passengers hadn't boarded yet, my mom and I took advantage of the relative emptiness of the ship and made a beeline for the pickleball court. It was caged in, the metal bars there to keep balls from flying over the ship's side, and four paddles and a couple of whiffle balls were ready for the taking. Having never played before, I thought it would be a lot like tennis, but it took a surprising bit of arm power to send the ball over the net with a resounding thwack.

Those moments with my mom, tossing the ball up in the air and shuffling up and down the court, ended up ranking among my favorites onboard the Prima. It's a good thing we went when we did: word on the ship was that it was one of the most popular activities on board, and we likely would have had to wait hours to play had we gone some other time. In fact, it was such a hit that a representative of NCL shared with TripSavvy that pickleball will be on every ship in the Prima fleet.

Truly, pickleball is seemingly taking the world by storm. It's the country's fastest-growing sport (case in point: our company now has a dedicated pickleball Slack channel), and as travel writer Lisa Davis writes in her newest feature for TripSavvy, pickleball courts have even been popping up at hotels across the U.S.

But pickleball isn't the only thing that's revolutionizing the travel space. This December, TripSavvy is looking at the hottest trends in travel. From the decline of regional airports to the rise of reunion destinations, from the resurgence of Golden Age travel to BeReal transforming the way we use social media on the road, the post-pandemic world has steered jet setting as we previously knew it in unexpected yet wonderful ways. In our newest package of features, we wanted not only to create a time capsule of 2022, but also to predict where we expect travel to be heading in the new year. We hope these stories delight, intrigue, and inspire you as you plan your 2023 travels. 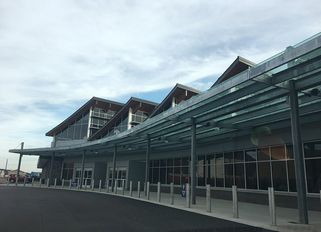