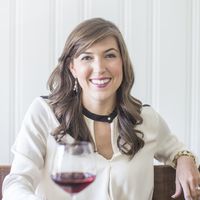 Atlanta's Hartsfield-Jackson International Airport is one of the largest and busiest airports in the world. It's a major hub for air traffic in the eastern United States and a connection to other cities in the southeast, and as a result, can be overwhelming for first-time visitors.

From Greyhound Flightlink to ride shares, taxi services, public transportation, and​ rental cars, here are a few of the options available to get to and from the airport to downtown Atlanta, its attractions and other parts of the metro area.

The Ground Transportation Center is at the west end of the domestic terminal building and offers shuttle bus services (including to off-site parking and nearby hotels) and taxi, limo and sedan services.

If you are interested in renting a car, take a free, five-minute ride on the SkyTrain, which also connects passengers to the Georgia International Convention Center, hotels and office buildings. The SkyTrain operates six two-car trains which can carry 100 passengers and their baggage.

Taxis are plentiful at Hartsfield-Jackson, available on a first come, first served basis and accessible in the red bus aisle outside of baggage claim. There’s a set fee between the airport and the central business district (this zone includes businesses located in downtown, Midtown and Buckhead), and there’s an additional per-person charge for two or more passengers.

MARTA (The Metropolitan Atlanta Rapid Transit Authority) has a station located at the airport’s baggage claim area. All MARTA red and gold trains will take you to downtown Atlanta, Midtown, Buckhead and Sandy Springs. For points east and west like Decatur, change at Five Points Station downtown. There are staffed booths for those who need assistance with fares, schedules and directions.

Greyhound Flightlink, another option for bus service, is located on the lower level of the north terminal. Passengers can catch buses to Washington D.C., New York and other cities.

Uber and Lyft at Hartsfield-Jackson International

If you have the Uber or Lyft smartphone apps, you can call for a ride once you're ready to be picked up (don't call the second your flight lands). Ride-share services can pick up passengers in the domestic and international terminals in designated areas about a five minute to seven walk from baggage claim. Just follow the signs for ride share pickups.

Be advised that in addition to the cost of your trip, you'll pay an airport surcharge for an airport pickup with Lyft or Uber.

If you arrive in the international terminal and want to get into secured areas of the domestic airport, you’ll have to catch a complimentary shuttle connector that links passengers at the international terminal with existing facilities. There are two options: a 15-minute ride to the domestic terminal's ground transportation center, or a separate 15-minute ride links to the rental car center.

To get to the airport from downtown you'll take Route 85/75 South, an interstate known as "The Connector," through downtown Atlanta. From The Connector: