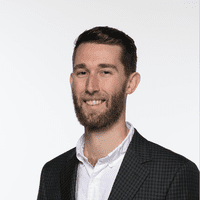 Located in the heart of the Finger Lakes, Ithaca is teeming with bohemian culture, natural beauty, and progressive attitudes. Known largely for its Ivy League institution, Ithaca is much more than your average college town. Between its local food scene, spectacular waterfall hikes, thriving creative community, and renowned vineyards, Ithaca captures many identities in a single destination. To help get your trip planning started, we’ve broken down the 12 best things to do in Ithaca.

Though Ithaca’s lakefront is incredibly picturesque, Cayuga Lake’s smaller tributaries steal the show for their impressive collection of gushing waterfalls and deep limestone and shale gorges. As the local slogan goes, “Ithaca is Gorges'' after all.

The Cascadilla Gorge trailhead starts just north of downtown and traces the craggy gorge past a series of waterfalls to Cornell’s campus. Across campus, Ithaca Falls plummets 150 feet to a popular fishing hole on Fall Creek. The falls are easily reached by a short walking trail. To the south of downtown, exploring the falls at neighboring Robert H. Treman State Park and Buttermilk Falls State Park could easily fill an afternoon. At Robert H. Treman, hiking trails continue beyond the swimming hole below Lower Falls to several other cascades, including Old Mill Falls, Enfield Falls, and 115-foot Lucifer Falls. Buttermilk Falls is one of several waterfalls on the Butternut Creek, all of which can be seen from the Gorge and Rim Trails. For a more secluded setting, Six Mile Creek is a local hideaway with falls at two main dams, First and Second Dam. An abandoned mill stands atop the falls at First Dam, creating a surreal and eerie atmosphere.

Since winter can stretch on for what seems like an eternity, locals know how to make the most of summer between festivals, concerts, and dining al fresco. And when things really heat up, the stream-fed pool below the Lower Falls at Robert H. Treman State Park is the place to be. As a state park, there is a lifeguard on duty throughout the summer.

Simply referred to as The Commons, this pedestrian-only thoroughfare spans several blocks between Aurora and Cayuga Streets in the heart of downtown Ithaca. The area is lined with specialty shops, bars, and restaurants amid public art and outdoor seating. While walking through the first time, you’d be forgiven for missing the Sagan Planet Walk. However, this 1:5 billion scale model of the solar system and its information displays are well worth closer examination. Starting from the sun, the Sagan Planet Walk stretches beyond the limits of The Commons to reach Pluto, which is located about three-quarters of a mile away at the Sciencenter. Although the start of each semester undoubtedly brings a burst of life downtown, there is plenty going on year-round for visitors of all ages. For starters, The Commons sets the stage for popular local events like the Chili Cook-off in winter, Apple Harvest Festival in fall, and a weekly concert series in summer.

Taste International and Local Flavors at the Farmers Market

Farmers in the Finger Lakes region produce a bounty of wine, artisanal cheeses, and fresh produce. To access the widest array of local offerings in one place, the Ithaca Farmers Market is your best bet. Market is held on the waterfront at Steamboat Landing on Saturdays and Sundays from April to December. All of the roughly 160 vendors are located within 30 miles of Ithaca.

In addition to local farms, craftsmen, and cideries, there’s a wide selection of food vendors, too. Options range from Vietnamese dim sum to Cambodian cuisine, Indian samosas, and Cuban fare. The last market Saturday sees the annual Rutabaga Curl, a jovial competition of vegetable marksmanship. Participants can alter their rutabaga to their liking to help their chances of hitting the bulls-eye at the end of a long chute. For the remainder of winter, the market moves venues to GreenStar Co-op. There are smaller farmers markets to check out in season during the week too. The Congo Square Market, which takes place on Fridays at Press Bay Alley, features entertainment and food vendors run by people of color.

Sip Your Way Along the Cayuga Lake Wine Trail

Wineries are prolific across the Finger Lakes due to unique microclimates formed by the hilly lakeside topography, and Cayuga Lake is no exception. Ithaca is a great base for exploring the Cayuga Lake Wine Trail, which holds claim to America’s first and longest-running wine trail. There are a total of 14 wineries on the route, offering picturesque settings to sample a range of whites, reds, and dessert wines. Six Mile Creek Vineyard, which also doubles as a distillery, is conveniently located on the outskirts of Ithaca. Of the 13 remaining wineries, 11 are clustered on the Cayuga Lake’s west bank, allowing visitors to sample a wide range of vintages and varieties. If you only have time for a couple stops, be sure to squeeze in Buttonwood Grove to savor a glass and expansive views from their multi-level deck and Swedish Hill for a wide range of award-winning wines and a friendly welcome from their donkey, Doobie.

Catch a Live Show or Concert

With a healthy student and intellectual population, it’s no surprise that Ithaca gets a disproportionate amount of bands, artists, and performers rolling through town. The Kitchen Theatre’s modern and intimate performance space puts on plays and musicals year-round, many of which were founded by the company in Ithaca. The aptly named Hangar Theatre is housed in a renovated airport hangar near Cass Park and is known for its summer line-up of musicals, performances, and experimental theatre. For concerts, The Haunt and the State Theatre each maintain a bustling schedule. The Haunt sees a lively mix of touring indie and alternative bands, whereas the State Theater hosts famous authors, comedians, and musicians alike at its historic, 1,600-seat stage. Come summer, The Commons has free Thursday night concerts at the Bernie Milton Pavilion.

Spot Wildlife From a Six-Story Treehouse

Due north of Ithaca, the Cayuga Nature Center packs education exhibits and local species, warmly referred to as animal ambassadors, amid stunning forest scenery. The 100-acre reserve has extensive walking trails past a waterfall, meadows, and pristine habitat for woodland creatures. There are a range of facilities, including an aquarium showcasing species that thrived in Cayuga Lake pre-colonization. After visiting the resident fox, hawks, and owls, ascend the six-story treehouse for an aerial view of the surrounding landscape.

If wine isn’t your drink of choice, Ithaca and the greater Finger Lakes have you covered with an abundance of craft breweries. Just off The Commons, Lucky Hare Brewing operates a lively bar opening to pedestrian-friendly Press Bay Alley. On the west end, Liquid State Brewing Company has a mixed operation brew house and beer hall that serves ales and lagers with the added perk of local food trucks onsite. Ithaca Beer Company is a more expansive beer garden, and provides immediate reward for hikers arriving from neighboring Buttermilk Falls and Robert H. Treman State Parks.

Stretching nearly 38 miles from end to end, Cayuga Lake is a premier destination for fishing and water sports. There are multiple options for departing Ithaca’s shoreline to explore the glacial lake. At the confluence of the Cayuga Inlet and Six Mile Creek, an island in Old Port Harbour is the departure point for boat tours, rentals, and cruises. Ithaca Boat Tours operates several tours, including a farmers market cruise and sunset cruise. During the summer months, paddleboards, canoes, and kayaks can be rented from Puddledockers to venture out on the calm lake at your own pace. Puddledockers also offers guided sunset paddle tours during the summer months.

On the first Friday of each month, a rotating list of Ithaca’s galleries and studios open to the public for Gallery Night Ithaca. Often, there is music and other complementary activities to partake in between perusing the work of local artists and artisans. If your visit doesn’t coincide with the first Friday, there are still plenty of opportunities to see Ithaca’s creative side. As of 2020, Ithaca possesses more than 150 murals, many of which were painted by LGBTQIA+ and female artists from diverse backgrounds. Ithaca Murals is behind the inclusive beautification initiative, and maintains a map to find masterpieces all over town.

Indulge in a Sundae at Purity Ice Cream

The rolling countryside surrounding Ithaca and the Finger Lakes has long been prime land for dairy farmers. Founded in 1936, Purity Ice Cream is a favorite among Upstate New Yorkers, and their flagship operation is located on Ithaca’s west end. A total of 34 flavors, ranging in decadence from vanilla to blueberry cheesecake muffin and pumpkin praline, make it easy to get creative with a well-deserved sundae.

Another perk of local academia is the 500-acre Cornell Botanic Gardens. There are extensive paths leading between the many different gardens and facilities. In spring and early summer, the Mundy Wildflower Garden, Young Flower Garden, and Robison Herb Garden are flourishing. Later in fall and winter, the Pounder Heritage Vegetable Garden is teeming with delectable produce and the Mullstein Winter garden’s 700 plant varieties thrive in the snow and ice. For sweeping views of the compound, loop around Beebe Lake or climb up to Newman Overlook for a birds-eye view.