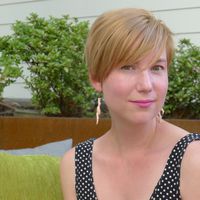 Adele O'Donnell
Adele has written about Washington D.C. for TripSavvy since 2018. She is a lifelong resident of the area.
TripSavvy's editorial guidelines

Just a short drive away from H Street NE and Capitol Hill is the neighborhood of Brookland in Northeast Washington, D.C. This residential spot feels a world away from downtown D.C., and there are many fascinating things to see here, including two renowned houses of worship, a top-notch university, a site that's significant to American history, and a thriving dining scene. Here are nine things to see and do in Brookland.

See the Basilica of the National Shrine of the Immaculate Conception

Dubbed America's Catholic church, this is is one of the 10 largest churches in the world. There are 80 chapels and oratories in this Byzantine-Romanesque church, which offers six masses and five hours of confessions daily. It draws nearly one million visitors annually, and those visitors have included Pope Francis, Pope Benedict XVI, Saint John Paul II, and Saint Teresa of Calcutta. There are three one-hour guided tours every day where you can learn about the history of the church, see its major works of art, and walk through the Great Upper Church and the church's crypt level.

See a Performance at Dance Place

Performance space/dance school Dance Place describes itself as a community anchor, with good reason—the arts campus teaches dance classes to both adults and youth, and this is a place where you can see modern dance, African dance, tap dance, performance art, hip-hop, and more creativity on stage. Dance Place stages shows with performers from the Washington region and across the United States and the world. Founded in 1980, the organization moved into a colorful new performance space that was completed in 2011. Check out the performance calendar here.

Take a Tour of the Franciscan Monastery

Make a pilgrimage to the Franciscan Monastery of the Holy Land in America, a beautiful church with catacombs and manicured grounds. The Franciscan Monastery is committed to the 800-year mission of the Franciscan Friars in the Holy Land, and the architecture here is a serene sight to see. Tours are held at multiple times every day, so you can get a guided look at the church and its Mount Calvary and Holy Sepulchre shrines, the catacombs, Purgatory Chapel, and Visitation and Nativity grottoes.

The Franciscan Monastery of the Holy Land is not only home to its beautiful building, but it's also the site of a century-old garden, with replicas of sacred shrines, formal rose gardens, a biblical herb garden, and gardens featuring plants that are indigenous to the area. There's an orchard where pears, plums, peaches, cherries, and apples grow, and there are plans to revive a greenhouse so veggies can grow all year long. There's even a vegetable garden where hundreds of pounds of fresh produce are harvested each year for donation to members of the community. You can volunteer to help out in the garden, and learn how to care for flowers, vegetables, and herbs. Free tours of the garden are available in the summer months too.

This Roman Catholic museum located near Catholic University and the Basilica of the National Shrine of the Immaculate Conception is a place for prayerful meditation and to celebrate significant events in the life of Pope John Paul II. There's a relic of St. John Paul II’s blood contained in a glass ampoule at the center of an ornate reliquary for veneration. In addition to exhibits on St. John Paul II’s life and legacy, visitors can take time for worship with a daily Mass and Hour of Mercy.

Walk Around the Catholic University of America

The Catholic University of America is one of the many esteemed colleges located in Washington, D.C. Take a stroll through this historic 176-acre campus, which was originally founded as a papally chartered graduate and research center in 1889. If you have a prospective student in your group, it's definitely worth joining an official tour. Student ambassadors lead hour-long campus tours, walking through the student center, a dorm, dining options, academic facilities, and a university chapel.

Step inside the quiet cottage where Abraham Lincoln retreated to craft important speeches, letters, and policies, including the Emancipation Proclamation. Built in 1842, President Lincoln’s Cottage is located on the grounds of the Armed Forces Retirement Home, right near Brookland. Tickets are $15 for adults and includes a one-hour guided tour. Reservations are highly suggested. Exhibits include galleries like "Lincoln’s Toughest Decisions," which immerse visitors into the life of this iconic president. The Cottage opened to the public in 2008, having been restored by the National Trust for Historic Preservation at a cost of over $15 million.

Brookland's a neighborhood in transition, as home prices here skyrocket and luxury apartments open. At new apartment building Monroe Street Market, there's a unique amenity for residents and neighbors: 27 artist studios line a section of the development called Arts Walk at Monroe Street Market. The studios have high ceilings and glass garage doors to let in light, and there are events like Third Thursdays in Brookland where visitors can tour the studios and food vendors set up shop alongside street performers. The Arts Walk is also home to Brookland's Monroe Street Farmers Market, which happens on Saturdays from 9 a.m. to 1 p.m. through mid-December.

Grab a Bite and a Brew

Brookland's dining scene is also exploding with so many new places to eat and drink, and there's something for everyone in the neighborhood. Order a glass of pinot noir at the new Primrose, the celebrated Parisian-inspired wine bar with exquisite decor — or hoist a pilsner at Brookland Pint, a friendly neighborhood pub with a thing for American craft beer, and then keep the beer tour going by heading straight to local brewery Right Proper's tasting room for an ale tasting. Fox Loves Taco serves up the unlikely combination of fancy coffee drinks and even fancier tacos (think ground chicken and duck fat "chorizo" with pickled red onion, radish, and cilantro). There's an outpost of socially-conscious local chain Busboys and Poets here, and locals swear by the Neapolitan pizza at Menomalé. This spring, a food hall even opened in Brookland called Tastemakers with stalls hawking steak and cheese subs, bagels, coffee, cookies, ice cream, and Italian and Ethiopian fare.