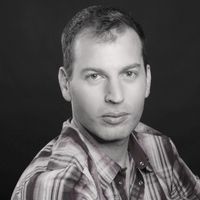 Anthony Grant
Anthony is a veteran travel writer and author of the 2016 "Frommer's Israel" guide. He first visited Israel when he was 3 years old and has lived there since 2010.
TripSavvy's editorial guidelines

Israel tourist attractions are numerous and varied. This is a relatively new country - celebrating 70 years of independence in 2018 - in what is a very ancient land. The world’s only Jewish and democratic state is home to sites sacred to Judaism, Christianity, and Islam that can be found nowhere else. While these holy places are truly unique attractions, there is more to Israel than religious heritage and complex politics.

By any measure a tiny country, Israel never fails to beguile. Jerusalem is the official capital and holy city to three world religions, Judaism, Christianity, and Islam, while Tel Aviv brims with beaches and bustles with urban vitality. Then there’s the Dead Sea and Masada, the stark, stunning Negev, and fertile Galilee. The number of museums and cultural institutions per relative area is larger in Israel than anywhere in the world.

2. It's a Religious Experience (Literally)

Jerusalem is home to major sites of religious significance and pilgrimage, including the Temple Mount, Western Wall, the Church of the Holy Sepulchre, Dome of the Rock, and al-Aqsa Mosque. But regardless of one’s religious views and the connections that many feel when visiting the Holy Land, the overriding spiritual energy of Jerusalem is something unique for everyone to experience.

The Yad Vashem Holocaust memorial is an essential stop for any visitor. Safed is the cradle of Jewish mysticism, and you can retrace Christ’s footsteps along the shores of the Sea of Galilee.

For many, the Mediterranean coast is itself a wonder, with many unspoiled beaches despite their proximity to cities. But away from the coast, the country’s diversity truly astounds: in the south, there’s the vast crater-strewn emptiness of the Negev Desert, while to the east, the Dead Sea beckons with the saltiest body of water on earth and, at 1,388 feet below sea level, the lowest elevation on the surface of the planet. In the north, where the Galilee region surprises with its green hills and valleys that (in winter) are a major crossroads for migratory birds – and form the heart of the renowned Israeli wine country.

While many people associate Jerusalem most closely with Israel, Tel Aviv is the country's answer to Manhattan and the beating heart of its culinary, cultural and nightlife scene. It's also a beach town – clean beaches run the length of the city – meaning there’s a unique mix of sophistication and relaxation here. The ancient city of Jaffa provides an atmospheric counterpoint to Tel Aviv’s soaring towers and famous curved white Bauhaus buildings, a legacy of the 1930s.

Israel's Negev is a visual sight to behold, its stark desert relief home to an infinite variety of beautiful views. And eco-tourism and desert adventure touring options abound, from hiking and biking along desert trails to all-terrain jeep trips, camel rides along the ancient frankincense route, rock climbing, and rappelling. There is also a great range of modern guest cabins and inns, as well as unique spas, to unwind in after a day of desert exploration.

Its Mediterranean climate makes Israel ideal for all-season travel. If summers can be hot, with temperatures reaching 90 degrees in places (and even hotter in desert locales like the Dead Sea), you’re never far from the coast, where it’s always a little cooler. And in winter, while much of Europe and the U.S. is shivering, most of Israel basks in sunny temperatures that hover around the 70-degree mark, or warmer in the Red Sea resort of Eilat. There are some rainy days, but it’s by and large a dry country. That poses challenges for Israelis in terms of water conservation efforts, but for visitors, it means pack the sunblock and shades – whether it’s January or July.

Israel has an array of cultural events and festivals second to none in the region. There’s always something going on and something for every taste. Here are some highlights:

It’s not called the Land of Milk and Honey for nothing! Thanks to its Mediterranean climate and agricultural ingenuity, Israel grows an amazing array of organic produce that finds its way into fresh market cuisine that you’ll find served throughout the country. Because it is a crossroads country, there are infinite varieties of food and restaurants, from Jewish Yemenite to Druze, Palestinian to Turkish to trendy New Israeli restaurants that take reservations weeks in advance.

With a cultural past that stretches back to even before biblical times, Israel has a rich array of ancient sites that are easy to explore. One of the most famous is Masada, the mountainous stronghold at the edge of the Judean desert where Jews tried to fend off the ancient Romans. There are stunning Roman ruins in Caesarea (some of which can be even be seen on an underwater tour), Crusader ramparts in Akko, the ancient Western Wall in Jerusalem, St. Mary’s Well in Nazareth and so much more – and new discoveries are being made all the time.

10. Fun for the Whole Family

Israel is a very family-oriented society and children are welcome just about everywhere here – with many special attractions, like Jerusalem’s Time Elevator and Mini Israel, tailor-made for kids. Most of the larger hotels have great children’s facilities, too. Add to that the great weather, fine beaches with gentle surf and the wealth of historical attractions that have an educational value you just can’t find in a textbook, and Israel just might be the ultimate family vacation destination!