Ever dreamed of vacationing like the rich and famous? From five-star hotels overlooking the turquoise waters of the Caribbean to secluded resorts nestled in the rolling hills of the Italian countryside, celebrities will spare no expense when it comes to a luxurious getaway. If you're hoping to spot musicians, movie stars, or even royalty on your next trip—and maybe even join their entourage—we rounded up 20 of the most celebrity-frequented hotels and resorts in the world.

Boasting unrivaled panoramas from the southern tip of Cap d'Antibes, the Hotel du Cap-Eden-Roc on the French Riviera originally opened its doors in 1870 as an artists' retreat: Pablo Picasso drew the restaurant's menu in 1955, and Ernest Hemingway was a bar regular. Today, it's a favorite of celebrities like Madonna, Steven Spielberg, Will Smith, Brad Pitt, and more, and it's known to be completely booked by bold-named stars during the region's annual Cannes Film Festival.

Notorious for being George and Amal Clooney's favorite place to vacation on Lake Como, Italy's Grand Hotel Tremezzo is rich in history—it is over 100 years old, to be fair. But this turn-of-the-century grand hotel is also elegant and stylish, with sophisticated interiors featuring bold reds and pops of peach. Alongside the Clooneys, celebrities like Gwen Stefani and Natalie Portman have been spotted luxuriating in the property's Belle Époque-style suites and villas while kicking back on its private beach.

This five-star hotel in London's posh Knightsbridge offers British luxury steps away from Hyde Park and Harrods. Gwyneth Paltrow, who checked in for her honeymoon after marrying producer Brad Falchuk in 2018, referred to it as her "favorite London hotel" during her stay in the property's Crescent Pavilion Penthouse. The hotel also boasts two bars, the recently opened Berkeley Bar and Terrace, and The Blue Bar, the preferred Knightsbridge cocktail spot for A-listers like Naomi Campbell and Madonna.

One of the world's most famous hotels for celebrity spotting, the chic bungalows of The Beverly Hills Hotel have served as a retreat for some of Hollywood's biggest names since its opening in 1912. Marilyn Monroe, John Lennon, and Elizabeth Taylor were frequent guests, Katherine Hepburn took tennis lessons here, and Howard Hughes famously lived in the hotel for almost 30 years. Today, its candy-pink walls and lush gardens still attract some of the town's biggest names, and the hotel's restaurant, The Polo Lounge, remains a top spot for Hollywood power lunches (the McCarthy Salad is the most frequently ordered item on the menu).

This family-owned boutique hotel has been a favorite spot for celebrities ranging from Anne Hathaway, Sienna Miller, and Eddie Redmayne, who all enjoyed its mosaic floors, colorful interiors, and jaw-dropping cliffside views of the Tyrrhenian Sea. The property's uber-romantic candle-lit restaurant, La Sponda, is one of the many reasons La Sirenuse is considered one of the most beautiful Positano destinations for lovebirds. Don't believe us? Edoardo Mapelli Mozzi reportedly proposed to Princess Beatrice of York here, and Reese Witherspoon honeymooned here with husband Jim Toth.

Featuring stunning, unobstructed views of Mount Otemanu and overwater villas with glass floor panels, The St. Regis Bora Bora is a relaxing oasis in one of the quietest parts of Bora Bora. The 44-acre Polynesian paradise is only accessible by boat or helicopter, which may be part of the allure to paparazzi-plagued stars like Justin Bieber, who stayed in the Overwater Royal Otemanu suite, and Nicole Kidman, who stayed in the Royal Estate suite for her honeymoon after wedding Keith Urban.

Considered one of the most luxurious hotels in Australia, Queensland's Qualia is nestled within 30 acres of native bush on its own private peninsula on Hamilton Island, right in the middle of the country's famous Whitsunday Islands on the Great Barrier Reef. Sprinkled with eucalyptus trees and stunning views of the surrounding turquoise waters, this luxury resort has hosted the likes of Aussie natives Chris Hemsworth and Toni Collette, as well as Taylor Swift and Oprah Winfrey.

With its dreamy bays, charming stone villages, olive groves, and unique architecture, it's no surprise that Puglia is the vacation destination for plenty of celebrities—and when they visit, they stay at the Borgo Egnazia. Built from white Lecce limestone, surrounded by jasmine trees, and perched in position for perfect views of the Adriatic Sea, the resort is a favorite of David and Victoria Beckham. They vacationed there with the rest of the Beckham clan as soon as Italy's restrictions lifted in 2020. Justin Timberlake and Jessica Biel also chose the property for their $6.5 million wedding in 2012.

This Vegas gem, launched by casino magnate Steve Wynn, is one of the most luxurious addresses on the Strip. Boasting marble floors, bold colors, impressive floral displays, and spectacular views of Sin City through wall-to-wall, floor-to-ceiling windows, it's here you'll find bold names like Megan Fox and Denzel Washington, as well as a healthy dose of NBA stars.

When visiting the Galapagos in 2021, Leonardo DiCaprio chose to check in at the luxurious Pikaia Lodge on Santa Cruz Island—and his reasons will come as no surprise. The lodge balances its grandeur with a steadfast commitment to preserving its surroundings. Everything at this lodge, from energy production to water use to recycling to conservation, is done with sustainability in mind.

The isolated and tranquil five-star luxury resort Soneva Fushi is a favorite amongst celebrities. With one look at its lush jungle interiors and sweeping ocean views, it's not hard to understand why. Joe Jonas and Sophie Turner had their honeymoon at this Maldives resort, and Millie Bobbie Brown, Madonna, and Gwyneth Paltrow have all booked stays.

High-end but understated, the luxurious Le Bristol in the heart of Paris is the perfect mix of romance and refinement. Located at one of the city's most luxe addresses on Rue du Faubourg Saint-Honor, it has hosted the likes of Prince, Marilyn Monroe, and Charlie Chaplin. These days, stars like Jared Leto, Lupita Nyong'o, Johnny Depp, and Rebel Wilson are just a few of the names who have enjoyed the property's Eiffel Tower views.

Celebrities who flock to New York City for the annual Met Gala choose to check in at one of the city's most prestigious addresses, The Mark Hotel on the Upper East Side. Just steps away from the Metropolitan Museum of Art, it also offers perfect access to nearby Central Park—whose sweeping views can be enjoyed from the hotel's luxurious suites. The hotel isn't only booked up by celebrities on the first Monday in May, though: Serena Williams hosted Meghan Markle's 2019 baby shower in The Mark's Grand Penthouse Suite, which costs a cool $75,000 a night.

This peaceful haven in Turks & Caicos stands on the edge of the protected Northwest Point Marine National Park and overlooks the azure waters of the Caribbean. Boasting a luxurious, contemporary design and a half-mile white sand beach, it's a place designed to disconnect from the outside world, which may be why celebrities like Gigi Hadid, Zac Efron, and Kim Kardashian are big fans.

Wondering where all that money you spent on Beanie Babies went? Ty Warner, the toy billionaire, used it to open this luxury resort in Los Cabos, Mexico, which has since become a celebrity hot spot operated by the Rosewood group. Jennifer Lopez, Cameron Diaz, Leonardo DiCaprio, and Kourtney Kardashian have all stayed here. Superfan Jennifer Aniston is known to check in at least five times a year.

Suspended above the N'Wanetsi River in South Africa's Kruger National Park, this dramatic five-star resort is the place to find otherworldly views and brushes with wildlife while enjoying open, spacious rooms, a fully dedicated staff (including a chef, host, and guide), and a private pool. Oprah Winfrey, Susan Sarandon, and several members of the Royal Family have checked in; Justin Timberlake and Jessica Biel honeymooned here after their Borgo Egnazia nuptials.

This impeccably designed desert getaway boasts backdrops that are so stunning, they feel tailor-made for Instagram posts. Built into 600 acres of Southwestern landscape, the five-star resort is frequented by Justin and Hailey Bieber, Kylie Jenner, Emily Ratajkowski, and Rosie Huntington-Whitely.

The only five-star and five-diamond hotel in Aspen, this ski-in-ski-out resort (meaning you don't even have to leave the hotel to hit the slopes) offers unparalleled mountain views and some of the best people-watching in town—made even better by the fact that most of those people happen to be celebrities. Mariah Carey, Kate Hudson, Beyoncé and Jay-Z, Paris Hilton, Britney Spears, and Justin Bieber are a few of the big names seen at the property during ski season.

Former record executives Jon Baker and Steve Beaver opened Geejam, a hybrid hotel and recording studio in Jamaica's lush Port Antonio, in 2008, and some of the biggest stars in the music industry followed. Beyoncé and Jay-Z, Alicia Keys, Drake, Katy Perry, Ed Sheeran, and Rihanna have all enjoyed Port Antonio's lush greenery and unspoiled beaches while staying at the property, which is open to all types of travelers—not just recording artists.

Overlooking the golden sands of Wailea Beach, Four Seasons Resort Maui was one of the first resorts to crop up in Wailea, and since then, it has built a loyal following of A-list clientele. Along with being the filming location for the first season of the HBO series "The White Lotus," the resort is a favorite of Britney Spears, Jennifer Aniston, Nicole Kidman, Paris Hilton, Arnold Schwarzenneger, and more. 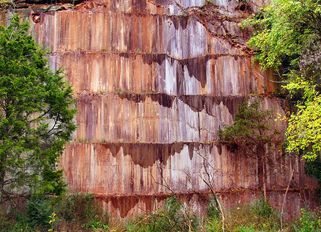