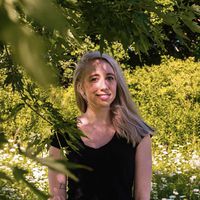 Brickell is the financial hub of Miami, but it's so much more than banks and business. It's undergone massive development in recent years, and beyond the sparkly new high-rises, you'll fine swanky cocktail bars, chic boutiques, art displays, and more. Follow this guide of our top seven things to do in the neighborhood, and it'll come as no surprise that this is where the trendiest locals go to play.

Brickell is a hot spot for shopping in Miami. Start at the Brickell City Centre, a $1 billion development that houses high-end shopping and dining, including the multi-level Italian eatery, Luna Park. Or venture down just a few blocks to Mary Brickell Village, a more modest building than the former option, but one that's still packed with shops, restaurants, and specialty stores to keep you busy all day.

Green space might seem hard to come by in Brickell, but Simpson Park Hammock is a tranquil refuge in the sea of skyscrapers. This 7.8-acre nature preserve is home to 15 endangered plant species and nine threatened plant species. You might also run into some wildlife in your visit, including lizards, woodpeckers, raccoons, and more. The dirt path that circles the perimeter of the preserve takes you by a large koi fish pond with benches; head here for an afternoon coffee or picnic lunch or to simply escape the city for a few moments.

Miami takes soccer pretty seriously, so you can join in on the fun by watching a game (or donning a jersey to play) at Soccer Rooftop. This mid-level terrace turf offers great views of the city and a unique place for a pick-up game. Stop by the visitor center in between the two fields for drinks, snacks, and a place to sit if you’d rather just watch or just take in the view.

Take a Ride on the MetroMover

Locals use the MetroMover for their day-to-day commute, but it also happens to pass by many highlights of Brickell and Downtown Miami. The tram glides above the streets giving riders a view of the bustling neighborhood below. There are three different lines, but the Brickell Loop line starts in the Financial District, then travels through the southern half of downtown before heading back to Brickell. The best part, the MetroMover is completely free!

Stumble Upon Some History

Brickell Point is a sliver of green space (hidden behind the W hotel) that lies along the bay. The palm tree-lined path leads you through the cityscape and ends at the park, an excellent place to find a nice shady spot to relax. Also located in Brickell Point is Miami Circle Park, an archaeological site of post holes carved into the bedrock that served as the foundation for a previously existing structure for the Tequesta Native American tribe, dating back to 500 B.C., making Miami Circle the earliest evidence of civilization on the east coast.

Grab a Drink With a View

Brickell is the fastest growing neighborhood in Miami and has (arguably) the best portion of the skyline. So why not enjoy a happy hour and take in the view? Sugar, located on the 40th floor of EAST Miami, is a tropical rooftop bar with craft cocktails and an Asian-inspired menu. Area 31 is another great option. Located in the EPIC hotel (also technically in downtown but just over the pedestrian bridge), includes an outdoor patio with amazing views.

Check Out the Art Scene

Make time to explore the many impressive galleries in Brickell, such as Bojanini Art Gallery, Beaux Arts Gallery, and more. Even the hotels are jumping to join the gallery spaces; the SLS Brickell has an extensive art collection featuring international artists, including Markus Linnenbrink and Katja Loher. Avant Gallery, which is technically in downtown, just over the pedestrian bridge, but it's another well-respected gallery that features a rotating roster of contemporary artists.