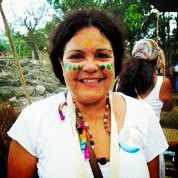 The Women's Travel Group ("TWTG") is an award-winning tour company serving the women's travel market. Founder Phyllis Stoller has been recognized as one of the most influential women in group travel. Her company has earned a Magellan Award from Travel Weekly. And industry veteran Arthur Frommer describes TWTG as "a welcome travel alternative for women."

About.com spoke with Stoller about the inspiration, motivation and vision for TWTG.

“I originally had a marketing background. My first job out of college was at the New York Times. My second was a marketing job in Britain. Then I went to business school over there and became a corporate banker,” said Stoller.

As a female executive traveling for business, Stoller picked up insights that inspire her business today. She also accumulated a bunch of frequent flyer miles.

"I used the miles to go on a Panamerican world safari. I couldn’t find anyone to go with me, so I took my nine year-old son. People said to me on that trip, “you have a very nice son but we didn’t come on this trip to have meals with a kid.' They would probably love to have dinner with him now. He’s a movie director," she said.

She decided during that trip to start her own business catering to the needs of women travelers. Women solo travelers were a particular interest.

“I was looking to start something unusual and insightful. I wanted to make trips that were a little smarter. That’s the direction it’s gone in," she noted.

"The colleagues I met in banking circles had money but never traveled. Other aquaintances traveled everywhere, but had no money," she said.

She decided to find a happy medium between the two. She founded a women's travel club in in 1992, The venture was a big success, and earned a number of accolades. It also  attracted media attention, especially from women travel writers. In 2006 it was aquired by a large family company called Club ABC Tours. Stoller continued on with the company under contract for three years. Eventually, Club ABC phased out the travel club division.

In 2013, Stoller launched a new company, The Women’s Travel Group. Its motto is “Smart Tours for Women.”

She operates with two strategic partners. One is SITA World Tours in Los Angeles. The other is  Jetvacations in New Jersey.

The two partners operate TWTG tours. But Stoller designs the tours and checks out every detail. She makes sure they're not too exhausting or too heavy duty. She vets every hotel.

It's a successful partnership, with offerings that span the globe.

Current and past tour selections include:

Tours are designed to provide unique epxeriences as well as area highlights. They're designed for women of every age and background, married or single.Though Stoller emphasizes that TWTG is not a singles vacation club.

Stoller's husband has never been a fan of travel, and she finds many women in the same position. It's natural for them to want to travel with a group of other women.

Often, women book TWTG tours for their first solo trip. Stoller is committed to making it a hassle-free experience. Single supplements can be extremely expensive. Most of the time, they're a huge obstacle for the single traveler.  One of the advantages of traveling with TWTG is that women can find a room share so as to avoid those charges.

In many cases, lasting friendships (and future travel partnerships) develop.

Stoller has developed a success strategy that works for her.

“Every day, I start out by answering every email I get. I read every comment and even respond to questions about things we don’t even do. If I can give someone the benefit of legitimate advice, why not do it? You’ve just gained a possible client for the future,” said Stoller.

She updates the company website herself. She also spends a lot of time on TWTG's blog.

“It’s extremely good marketing for us. It’s full of information, easy to understand and practical. The most read is a piece about the first trip after widowhood,” said Stoller.

"The Facebook page is an ongoing reflection of what women are saying about us. We encourage everyone to check it for specials, news about travel for women, single supplement deals, as well as general comments and suggestions from our group," said Stoller.

"We encouraged people on Facebook to join our mailing list. There isn't a day that goes by now that we don't get between three and ten women who want to join it. Women tell us where they want to go," said Stoller

Designing tours that sell is a matter of staying on top of trends, interests and world events.

"We use a lot of informed sources. If there’s a new museum somewhere, it’s going to be in our itineraries. In many cases, I’ve done the trip before or done it by myself," said Stoller.

Some countries (Tunisia for example) successfullly sold in the past may no longer be desirable, due to safety concerns.

Others, such as Ethiopia, are surprise best-sellers.

Fortunately, her two partners offer an expanding array of product.

“SITA specializes in a lot of China, so I am very comfortable with that destination. We’ve added three days in Mongolia to our tours. India is another SITA specialty,” said Stoller.

South America is another destination she’s concentrating on, with offerings that include Brazil and Chile.

"All of our trips, have to be different from anything else offered in our price range. In Europe, we have to do something no one else has. For example, we're doing private farmhouse cooking and sightseeing in Tuscany," said Stoller.

"I know the British Isles and Ireland very well. We've added Northern Island to our tours. It's equally gorgeous. And it offers another side of the story that thinking women want to hear when they go there.  It's a traditional trip that includes a lot of different things. We visit the Immigration Museum in Cork and the Heritage Center. It's a heartbreaker, but part of the country's story," said Stoller.

She is also focusing on exotic travel for women who have already "been there and done that." One way she stays on top of world travel trends is to attend key global travel shows.

“I’ve gone to Travel Mart in London. I hunt down the top one or two people specizling in certain destinations. I know some of them will fit our brand,” said Stoller.

Some of the contacts she makes are surprising.

“It's not always easy to find a good DMC. But, we met a German company at Travel Mart that is based in Mexico City. It was a good match. Europeans want culture and indigenous experiences when they visit Mexico. We used them for a sold-out Mexico City tour," she said.

Stoller's clientele is evolving as well.

“A lot of the women traveling with us are clients we first connected with in the 1990’s. Some are bringing their daughters and granddaughters. It’s definitely a more demanding clientele these days. These are all smart women. They do a lot of Internet research. They want to see a certain museum. They want to stop at certain shop, they come with a list. People value their time and want to make the most of their travels,” she said.

“The best part is we that we get smart women who have conversations that you never forget because they’re so interesting. When we first started out, the clients were nurses. Now they're doctors. The lawyers are now judges," she added.

Typical clients are in their forties and fifties.

The more accomplished the clientele, the more interested they are in some in-depth learning experiences. TWTG provides speakers whenever possible.

“In Ethiopia we have two speakers. In Palermo, we have an American woman who lives there and is married to a Sicilian. She was an informal speaker. She chatted with everyone,” said Stoller.

The company prides itself on offering rare experiences. But of course, they also include area highlights.

"We offer extensions for women who have more time and flexibility. Our goal is organize a smart, efficient trip. We look for a certain type of client. Some women aren’t a good fit. If someone tells us that they just want to shop the entire time, it’s probably a waste of their money," said Stoller.

Hotels on TWTG tours are in the four and five-star category.

Stoller sells through agents and has a strong relationship with them.

"Our goal is to sell through agents because they don’t have this product. They know they need it. I've been calling on agents to help them figure out how to sell it. The woman who will buy this product isn’t caling a travel agent because she doesn’t have anything to sell her. We help agents figure out how to outreach to the market," said Stoller.

She adds, "The best way for them to find clients in this category get a list of womens organizations in the community. Contact them them by email or phone sugest a women's evening at your agency. When I started up I simply made flyers and left them at bookstores, therapists, marriage counselors, bookstores. Ask your local hospital, church or library if they have women's groups. Most of them do. Get in touch with the heads of those groups. Ask everyone you know what groups they belong to. Offer to host a wine and cheese evening with some little giveaway," said Stoller.

"Potential clients are everywhere. You'd be amazed how interested women are in traveling together," she added.