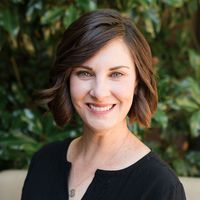 Resting at more than 7,000 feet, Santa Fe, New Mexico is nothing like Scottsdale or the Sahara. Thanks to its elevation and high desert climate, the city has four, relatively mild seasons.

Summer is pleasant here, with high temperatures hovering around an average of 86 degrees F. Occasionally, daily highs will creep into the low 90s. Winter temps average 43 degrees F during the day, but dip into the upper teens at night. Because Santa Fe enjoys an average of 283 sunny days a year, winter snow accumulation is often short-lived in the city—all but the occasional icy patch melts shortly after it falls.

Most of the year’s precipitation falls during summer thunderstorms and winter snowstorms. The rest of the year is quite dry; without moisture in the air, the temperature can swing wildly—sometimes as much as 40 degrees F in a day.

Santa Fe sits in the Sangre de Cristo Mountain foothills; the mountain peaks can have vastly different weather than the city. Expect the air temperatures to be around 10 degrees F cooler in the mountains, often with wind.

Due to its moderate climate during all four seasons, Santa Fe remains a popular tourist destination throughout the year. Here’s what you need to know when planning your trip. ﻿﻿

Summer is the most popular time to visit Santa Fe—and not just because this season hosts several top-billed events. The summer months are warm but not often hot. Visit Santa Fe in early May or late September to avoid the crowds; however, if you want to take in the city’s renowned art markets, go in July or August. Just note that Santa Fe gets much of its rainfall during these months (an average of 5.8 of its 14.21 inches per year).

What to pack: Summertime calls for shorts, T-shirts, sandals, and a light jacket or sweater for the evening. Sunny days mean sunglasses and sunscreen are a good idea in every season. Have an umbrella or waterproof jacket available.

What to pack: During the day, pants and short-sleeve shirts will fit the climate. In the evening, have a jacket handy. Layering is always a good way to go.

Winter brings the shortest days of the year, with the sun setting by 5 p.m. each day. This season also has the coldest temperatures, occasionally dropping into the single digits. Commonly, a wind chill makes it feel even colder. Some 12 inches of snow fall over the winter months.﻿﻿ Cold weather has its own delights in Santa Fe, however, from skiing and snowshoeing to warming up with red chile posole or green chile chicken stew.

What to pack: Pack a thick jacket, hat, gloves, and shoes with tread suitable for walking on snow and ice. Layer with sweaters and long-sleeved tops underneath.

What to pack: Long pants and short-sleeved shirts will serve you well during the day, but it’s wise to pack a jacket or windbreaker.