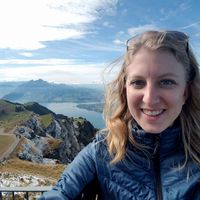 “Health, history and horses” — Saratoga Springs’s slogan seems pretty simple to decipher upon a visit to the upstate New York city. "Health" refers to the city’s natural mineral springs that have made it a center of healing for hundreds of years. And "horses" come into play at the to the Saratoga Race Track, which hosted its first thoroughbred horse race in 1863 and continues to draw almost one million people every summer to watch the races.

But this upstate New York destination offers much more for visitors to see and do year-round than what can be summed up in a slogan. In fact, it’s a popular weekend getaway for New York City residents who want to escape the craziness of the Big Apple but still land somewhere that offers state-of-the-art spas, lively nightlife, a thriving arts and culture scene, and more. Here are the top nine things to do in Saratoga Springs.

Attend an Event at the Saratoga Performing Arts Center

Saratoga Springs has a strong arts and culture scene, and a large part of that is due to the Saratoga Performing Arts Center. The center is the summer home of the New York City Ballet, and it also hosts performances by the Philadelphia Orchestra, the Chamber Music Society of Lincoln Center, Opera Saratoga, and concerts by Live Nation. The center also hosts annual events such as the popular Saratoga Food and Wine Festival, a weekend of events showcasing the best in the country’s culinary scene along with celeb appearances, live music, and special events. SPAC's four venues—ranging from a small, intimate space to the 25,000-seat amphitheater—are all located within Saratoga Spa State Park.

Tour the Town's Many Museums

In a city with such a rich history and thriving arts and culture scene, you’d expect it to also have some top-notch museums to educate about these significant aspects of its past and present—and it does. You’ve got your choice of the National Museum of Dance, the Saratoga Automobile Museum, the National Museum of Racing and Hall of Fame, the New York State Military Museum, and the Saratoga Springs History Museum, plus a few art galleries.

The natural mineral springs have been a main draw to the area since the 14th century when they were used for their health and healing properties. And these bubbly watering holes can be found throughout Saratoga Spa State Park and also in Congress Park downtown. The state park offers tours, both guided and self-guided, of the springs (stop in at the visitors center to pick a map of the springs’ locations—there are 12 in the park), and bring along a cup or water bottle to sip from them as you find them. You’ll notice that each one tastes different—that’s totally natural. While some are refreshing, others can have an off-putting taste to some people, so consider bringing your own full water bottle to rinse as you go, or just find the next spring! If you’re in the downtown area, Congress Park is also home to four different mineral springs that are marked.

Broadway, the main street running through downtown Saratoga Springs, has a small town charm with larger city appeal—in other words, it offers plenty to see and do, minus the crowds and noise that come with a larger city. Bookstores, boutique clothing shops, souvenir shops, antique stores, restaurants, cafes, bars, and more all line the mile-long main stretch of Broadway and the side streets that peel off of it. Spend a morning grabbing a coffee and breakfast at Mrs. London’s Bakery, then head to Congress Park for a mid-morning stroll before hitting some of the shops along Broadway mid-day.

The Saratoga Race Track is likely the strongest association travelers have to the city. It hosted the city’s first thoroughbred horse race in 1863, and 5,000 people traveled to watch. Due to the success of this first meet, the Saratoga Racing Association was founded, and 125 acres of land became the site of the Saratoga Race Course.

Still a popular attraction today, almost one million people each summer travel to the track to watch and bet on horse races. Races are typically held several days a week for seven weeks out of the summer (usually mid-July through Labor Day). To attend one of the races, you can purchase season tickets during the spring, or you can buy individual tickets online ahead of time or day of at the gates.

Relax at the Roosevelt Baths

The Roosevelt Baths & Spa, located inside the park, are a popular way to experience hydrotherapy treatments with the natural mineral springs. The spa offers several treatment options, including massage, facials, and body scrubs, and guests have the option to book a standalone mineral soak or as an add-on before their treatment. The mineral water is sourced from the springs, and it’s mixed with warm fresh water to reach an optimal temperature (about 97 to 100 degrees F).

More than just a popular spa, Roosevelt Baths are also an important piece of the city’s history. In the early 1900s, local gas companies were depleting the springs to use the carbonation for gas, so a reservation was established to protect the springs, and two bathhouses—the Roosevelt and the Lincoln bathhouses (the latter is no longer an operational bathhouse)—were built under that protection in 1935.

Avenue of the Pines, Saratoga Springs, NY 12866, USA
Get directions

Many of the already mentioned attractions are located within this state park, but the park itself is also worth a visit. A must-do is a tour of the park’s 12 natural mineral springs (a self-guided tour with a map is available)—take along a water bottle so that you can taste each one—not only because these are unique to the area, but also because walking to find each one will also allow you to explore a lot of the park. Other attractions you’ll likely see on your walk through the park include the Roosevelt Baths, the Saratoga Performing Arts Center, two golf courses, running trails, and Victoria pool. The park is also popular in the winter since it offers more than 12 miles of cross-country skiing trails and areas for ice skating and snow shoeing.

Saratoga Spa State Park might get most of the attention as the site of the museums, springs, and performing arts center, but downtown’s Congress Park is also worth a visit. There, you’ll find four more natural mineral springs that are marked (so bring a cup or water bottle again, or you can use your hands); the Canfield Casino (it’s no longer in use for gambling, but it was designated a national historic landmark and is home to the Saratoga Springs History Museum); a still-operational wooden carousel built in 1911 (permanently in the park since 2002); and a WWI memorial.

Saratoga Springs is home to several wineries and breweries, so spend a day touring a few. For breweries, check out Druthers Brewing Company (located right downtown on Broadway), Artisanal Brew Works, or the aptly named Racing City Brewing Company. Or spend the day hitting a few of the local wineries, like the Saratoga Winery and Tasting Room or Oliva Vineyards. These are just the ones located within the city, and you’ll find several more in the surrounding region.

The Top 9 Things to Do in Saratoga Springs