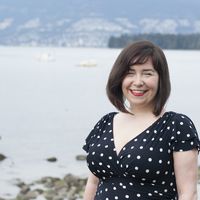 Part of the Township of Langley, the historic village of Fort Langley is only a 45-minute drive from Vancouver, British Columbia but visiting it is like taking a step back in time to the early days of the settlement of Canada's most westerly province.

Taking its name from the wooden fort that was the focal point for the original community, Fort Langley's historical buildings, charming restaurants and shops make it a must-visit destination. Home to an annual cranberry festival that brings a splash of color to the picturesque village every fall, the small settlement shines any time of the year.

Known as the birthplace of British Columbia, Fort Langley began life as a Hudson’s Bay Company fur trading post as its location on the banks of the Fraser River, at the center of a large indigenous population, enabled the British Empire to use it as part of a trade route.

After the boom of the fur trade came opportunities for Indigenous people to trade salmon and cranberries with settlers. When the United States border was established in 1846, Hudson’s Bay wanted to stay in UK territory and Fort Langley was perfected located on the river and close to the Pacific. When the Gold Rush began in the late 1850s, Fort Langley became even more important as a trading center.

Since its early beginnings as a trading outpost, Fort Langley has grown into a popular tourist attraction that is within easy reach of Vancouver. Here are nine of the top things to do in Fort Langley from celebrating the small red local berries to taking a trip back in time at the birthplace of BC.

Fort Langley, the site of the original trading post, became a national historic site in 1923 and in 1931, the original building was opened to the public. Now owned by Parks Canada, the building has been restored and added to since the 1950s to create a replica of the original site. Visit for a guided tour of the fort or look out for special events that run throughout the year.

Take a Trip Back in Time at CN Station

One of few remaining historic train stations in Western Canada, the CN Station was originally built for the Canadian Northern Railway in 1915, when agriculture attracted more settlers into the Fraser Valley. Absorbed by the Canadian National Railway in 1918, the station served passengers up to the 1980s. Originally located 240 meters to the west, the station was moved in 1983 by Langley Heritage Society volunteers and the old station was declared a Municipal Heritage Site in 1984.

Fort Langley is home to bijou boutiques selling everything from gifts to gourmet food. Wander down Glover Road to explore the small shops and pick up some new threads, homeware or baked goods. Browse the books at Wendel’s Bookstore and Cafe and refuel with a coffee before enjoying more shopping at Gasoline Alley — a hidden cluster of stores selling gifts from cranberry-based treats to glass artworks.

Fill Up With Fine Foods

Visit Beatniks Bistro for tasty local food in a cute character home and be sure to try the local cranberry liqueur from Krause Berry Farm in a fun cocktail. Pick up treats from Fort Langley Bakery to enjoy as you wander around the stores or head to the new Little Donkey Food & Drink spot for casual and cozy cuisine such as beer and burritos in a hipster space.

Explore the Fort to Fort Trail

Hop on a bike or take a walk along the historic 8 kilometer Fort to Fort Trail that connects Fort Langley with Derby Reach Regional Park, traveling along the Fraser River split into 15-25 minute smaller walks through parkland with river and valley views. Extend the adventure with a trip to Brae Island Park or the Fort.

Locally made libations have always been an important part of communities and Langley’s The Trading Post brewery is a modern continuation of this tradition. Fort Langley is home to an outpost of the brewery where you can taste the ales and beers and have food at this family-friendly eatery on Glover Road (the village’s main street).

Get Spooked with Grave Tales

Visit in the fall for a spooky sightseeing walking tour called Grave Tales, which takes brave guests through the historic village and cemetery, telling tales of ghostly goings-on from the 19th century. Guides are dressed in Hudson Bay trader outfits and the tour recounts the history of the area when Glover Road was named Smugglers’ Road as Cariboo gold prospectors used the route to evade taxes. Grave Tales ends at Fort Langley Historic Fort with a hot drink to stop the spine-tingling shivering after hearing so many spooky stories.

British Columbia is a major producer of cranberries and, every Thanksgiving weekend, the annual Fort Langley Cranberry Festival celebrates the little red fruit with a day of festivities. Celebrations start early with a community pancake breakfast, followed by contests, live music, cooking demos, and a fashion show. Shop at the Market Place where more than 70 local vendors will be selling everything from arts and crafts to, you guessed it, cranberries.

Join Langley Heritage Society for a stroll through the beginnings of Fort Langley, visiting sights such as the CN Train Station, Community Hall Kiosk, the Langley Centennial Museum, and St. Andrew’s Church. Langley Centennial Museum opened in 1958 in a heritage building on King Street and it is the ideal place to learn more about the Township of Langley and local history.