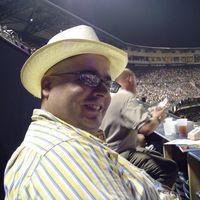 Cleveland has acquired a reputation as a blue collar town where people work hard and then play hard, usually at a shot-and-a-beer bar. It’s not entirely inaccurate, but it doesn’t tell the full story. Fact is, there are a variety of places for you to wet your whistle in the Cleveland area, from microbreweries to high-end nightspots, from happy hours to places open until last call at 2:30 a.m. And yes, there are some neighborhood bars too. With that in mind, here are 10 that give you a full picture of Cleveland nightlife.

Because who doesn’t like a beer with a side of vintage video games? This bar in Lakewood, just west of Cleveland, is stocked with the classics, from Frogger to Centipede, and even its drinks hearken back to the 1980s, with names like the Winnie Cooper and Hulk Hogan, as well as that staple of skating parties and post-school stops at the convenience store, the Slush Puppie (either high-octane or without alcohol).

Cleveland, and the entire state of Ohio, has seen a boom in craft brewing in the past decade. A lot of microbreweries are clustered in the city’s near West Side, from Forest City in the city’s Duck Island neighborhood to Market Garden and Platform in Ohio City. But the granddaddy of them all is Great Lakes Brewing, which has been brewing beer since 1988. The brewpub in Ohio City (rumor has it Eliot Ness, the namesake of one of Great Lakes’ beers, drank there – after Prohibition, of course) has a full menu and a variety of pub exclusives, from beers commemorating special occasions to those that have been barrel-aged, offering a fuller flavor (and a higher alcohol content; use good judgment).

At one point, this sumptuous bar with a speakeasy feel in the Duck Island neighborhood (so named allegedly because criminals on the lam used to duck in and out of it) used to be Cleveland’s best-kept secret. It’s no longer a secret, but it doesn’t matter. The bar’s known for its hand-crafted cocktails, with mixers made in house, like ginger beer, simple syrup and a red wine reduction used in place of sweet vermouth. It also features small plates and weekly jazz sessions.

This bar in the city’s Gordon Square district is the epitome of the concept of the “third place.” As you might infer from its name, it’s known for its hot dogs – more importantly the litany of toppings available for them, from standards like cheese and bacon bits to more outlandish items like peanut butter, Spaghetti-Os, and pimento macaroni and cheese. The bar is also a performance venue, for everything from music to poetry to literary salons and talks on public policy and history.

Because so many of them were born in Ohio, the state’s known as “The Mother of Presidents.” Millard Fillmore was not one of them, but his name was used for a bar to poke fun at the concept of presidential libraries. The library, er, bar is located in the city’s Waterloo neighborhood, home to live music venues, vintage shops and an artsy feel.

The Hilton on the Mall in downtown Cleveland opened just in time for the Republican National Convention in 2016, including Bar 32, so named because it’s on the hotel’s 32nd floor. It offers a variety of craft cocktails and small plates, but its main draw is the view, which offers tourists and residents alike the chance to see Cleveland’s skyline and the lakefront all the way to the city limits on clear days. The bar also offers events, from young professionals mixers to watch parties for local sports and the Cleveland Air Show.

The former Cleveland Trust Co. on East Ninth Street downtown has been remade as a Heinen’s grocery store and the 9, a hotel/apartment complex. In the basement is Vault, a posh underground (literally!) bar that offers small plates and cocktails – with names drawn from Cleveland history – amid artifacts from its previous days as a repository for the riches of men like John D. Rockefeller. Decorative touches include former teller cages and, as the name indicates, heavy doors protecting the wealth within.

In a reclaimed space that was previously a college and factory for Bibles and other religious materials in the 19th century, the Spotted Owl is a cheeky wood-paneled throwback to old “Public Houses.” There are simple rules delineated (e.g. no kissing, no fighting, no using Google to settle arguments) which, with drinks including the Fish House Punch, definitely give the bar a feel that it is not of this century even though it opened in 2014.

It’s been open since 2005, but the building in Cleveland’s Tremont neighborhood has been a bar since the days just after the end of Prohibition – and possibly before, if you get my drift. The bar’s kitschy decoration belies its draw from all walks of life, from downtown workers hitting happy hour to 20somethings looking for a night out. (While filming “The Deer Hunter” nearby, Robert De Niro even stopped in.)

Since 1965, this Cleveland Heights bar – which takes its name from James Joyce’s “Ulysses” – has been the center for the area jazz scene, with a stage that regularly hosts performances. But it’s not just a concert venue. It’s a white-tablecloth restaurant (known for its lobster dish, the Dublin Lawyer) with an expansive wine, beer, and cocktail menu.

Remember those neighborhood taverns I told you about? Gunselman’s is a great example. The Fairview Park landmark has been serving drinks since the 1930s, but new management in 2014 expanded its kitchen offerings. The menu is full of comfort food, but it’s best known locally for its burgers, which are regularly regarded as the best in the area, be they regular offerings or their monthly specials, which are a little more creative and no less delicious.

The 11 Best Breweries in Cleveland
Was this page helpful?
Thanks for letting us know!
Tell us why!
Back to List

The Top 11 Bars in Cleveland