Jamie Ditaranto
Jamie Ditaranto is a freelance journalist, photographer, and full-time traveler. Before writing for TripSavvy, Jamie was the Editor of Video and Content for SmarterTravel.com, where she sought to share unique travel experiences like barge cruising in France and sleeping in centuries-old Japanese inns.
TripSavvy's editorial guidelines

Many images may come to mind when someone asks you to think about the "Golden Age of travel." You might think of a handheld suitcase covered in stamps from around the world, a hotel elevator operator in a prim uniform, or maybe a lone pastel-colored VW bug humming along the highway. You probably don't think about your QR-enabled boarding pass, sending a photo to your Airbnb host to confirm you put the keys back in the mailbox, or the large crowds suffocating the location that TikTok told you was a "hidden gem."

Today, budget airlines and low-cost accommodations have enabled the masses to travel, which can sometimes make travel feel crowded—no matter how hard you try to go "off the beaten path." Everyone wants a unique trip, and given this challenge, a new trend has emerged—one that takes a detour through the early 20th century.

When Was the Golden Age of Travel?

Over the last year, Google searches for “Golden Age travel” have shot up over 250 percent, populating images of handpainted travel posters and black-and-white photographs of spacious airplane cabins filled with well-dressed passengers. There is no definition of when the Golden Age began or ended, but the consensus is that it lasted from the 1880s to the 1950s. This timeline matches some of the most popular films portraying this romanticized period. Despite the tragic endings, who can forget the glamour of the Titanic’s first-class dining room or the wood-trimmed cabins on the Orient Express? Even if you’re watching these scenes on your in-seat television while eating reheated chicken parm in your 18-inch-wide economy seat, it’s hard not to feel nostalgic for an era you’ve never experienced.

If the gilded suites and dining cars haven’t given it away already, you may have noticed that Golden Age travel is about a very exclusive kind of luxury, which may be the true allure of this travel trend. In films and books that take place during this time, much of the texture comes from the velvet-upholstered scenery or the mysterious wealth of the protagonists, traveling from palazzo to palazzo with bottomless funds.

Yet, one element of these Golden Age epics seems to ring through every scene and, to this day, comes complimentary with every booked trip: the inescapable feeling that something exciting is about to happen.

If you are chasing the aesthetics of a more refined era of travel, you have more options than you might think, as today's travel companies have caught wind of the zeitgeist. For example, in 2023, Holland America Line will celebrate its 150th anniversary by relaunching its influential transatlantic route.

"The Golden Age may be in the past, but you can feel its influence in many things we do on board today," Kacy Cole, Holland America Line's vice president of marketing and e-commerce, told TripSavvy. "When Holland America Line began bringing immigrants from Europe to America in the late 1800s, it quickly set itself apart as being one of the only cruise lines to offer three hot meals per day, giving staff a chance to clean the guests' staterooms and setting the highest standards of cleanliness across the industry."

Following the company's maiden voyage from New York to Rotterdam, the 13-day itinerary has Golden-Age goodies in store, including dining experiences inspired by traditional dishes and an especially exciting "Throwback Happy Hour," where the price per drink will cost almost the same as it did a century ago—just 75 cents a glass.

Another cruise line designing an experience for the nostalgic traveler is Uniworld Boutique River Cruises, which has just debuted the S.S. Sphinx, a luxury ship set to cruise up and down the Nile. The 12-day itinerary allows for plenty of time off the ship to explore modern and ancient Egypt, but the true Golden Age style can be found on board, where suites are extravagantly decorated with works by local artists and appointed with the finer things in life, like Egyptian cotton and green marble.

If "embodying a character from an Agatha Christie novel" is on your travel vision board, keep your eye on the Accor Orient Express, whose 17 original train cars are being remodeled and will be ready to welcome passengers in 2024. If you don't want to wait that long, you can spend the night on Belmond's Venice-Simpleon-Orient Express, which runs with two Art Deco dining cars restored to their former glory. And with many different companies using the term "Orient Express" for their promotional materials, we might expect a few more carriages to be uncovered and restored to their former glory as travelers chase the luxuries of the past.

Maybe your travel style is more Jack Kerouac than Jack Dawson. If so, then it's possible Contiki can entice you with its 60th anniversary Big Original trip. A 60-day tour through 19 countries, the journey will pay homage to Contiki's first-ever excursion, which took travelers around Europe on a 12-seat minibus in the summer of 1962. If enough interest is registered, the 60-day itinerary will kick off this April, bringing explorers on a tour of 33 cities, 19 countries, and two continents.

The Spirit of Travel Then and Now

Exclusivity may initially seem like the natural opposite of mass tourism. Still, anyone who has been on a life-changing trip can tell you the moments that made them feel the most alive were the fruits of spontaneity. Whether you find yourself on the $10 night bus instead or the lush sleeper car of the new Orient Express, the only thing you need to make your trip feel truly timeless is your sense of adventure, an open mind, and maybe the daring to chat up that mysterious stranger. 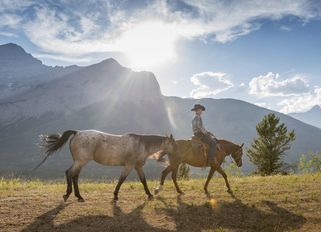