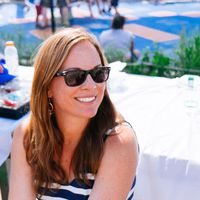 Leigh Crandall
Leigh Crandall is an expert on hotels around the world, having held positions as travel editor for Brides.com and managing editor for luxury travel site Jetsetter.com.
TripSavvy's editorial guidelines

If you're seeking a bit of history with your hotel reservation, look no further than this list of the oldest hotels, from Massachusetts to Puerto Rico.

The Red Lion Inn has been operating continuously for over 200 years. It first opened its doors in 1773, when Silas Pepoon established a little tavern under the sign of a red lion on the corner of Main Street in the quaint town of Stockbridge, Massachusetts.

One year later, the townspeople came together at Pepoon's to boycott English goods and protest the Acts of Intolerance levied against the American colonies and, from that point forward, the inn became a vital gathering place for locals.

In 1873 the inn was purchased by Mr. and Mrs. Charles Plumb, avid collectors of rare and fine items, who became renowned for their impressive compilation of colonial antiques. A fire in 1896 destroyed the building but its remarkable array of collectibles was saved, and many of them are still on display today.

The inn's New England charm was immortalized by Stockbridge's most famous resident, Norman Rockwell, in his painting "Stockbridge Main Street at Christmas," on display for visitors at the town's Norman Rockwell Museum. Stockbridge also recreates the painting each holiday season, with holiday readings, house tours, caroling, and a holiday concert.

Back at the Red Lion, guests can feast on New England fare in the Main Dining Room, before unwinding with a cocktail by the fireside at the Lion's Den pub.

This grand dame in Virginia's Allegheny Mountains has been hosting guests since the mid 18th century when it was first erected as an 18-room hotel by Captain Thomas Bullitt. The hotel expanded over the decades and passed through the hands of several owners. It has hosted 23 presidents, most notably Thomas Jefferson, who spent three weeks soaking in the property's natural hot springs.

The current hotel has a long list of activities to keep visitors busy. They can experience tennis, zip lining, fly fishing, horseback riding, kayaking, mountain biking or falconry during summer months, while winter offers ice skating and tubing. There are indoor and outdoor pools, as well as a large water park with slides and lazy river. Notably, the Omni is an official hotel of the PGA Tour and boasts two 18-hole golf courses.

If the words "George Washington slept here" are a selling point, you'll want to check into Rhinebeck, New York's Beekman Arms and Delamater Inn, where Washington did indeed stay; it was a haven for revolutionaries during the American War of Independence. The property was sold to Asa Potter in 1802 and was the epicenter the political and social life of the community; it was at the Beekman Arms that rivals Aaron Burr and Alexander Hamilton exchanged insults that led to their infamous duel and Hamilton’s death. In later years, Hyde Park neighbor Franklin Delano Roosevelt concluded every one of his four successful campaigns for governor and president from the inn's front porch.

To experience the oldest area of the inn, ask for a room on the upper floors of the Beekman Arms. A room created by converting Rhinebeck's old firehouse is also a charmer, as is the hotel's cozy tavern, which serves comfort food like Dutch-style pot pie and French onion soup made from locally sourced ingredients.

Charleston’s John Rutledge House Inn was built in 1763 by John Rutledge, governor of South Carolina and, briefly, chief justice of the Supreme Court. Rutledge, a noted signatory of the U.S. Constitution, even wrote several drafts of the document in the 2nd-floor drawing room here.

The home was renovated first in 1853, adding the Italian marble fireplaces and ornate parquet floors, and was transformed into an inn in 1989. Located on Charleston's historic Broad Street, the John Rutledge is steps from the Old Exchange & Provost Dungeon and the historic Heyward-Washington House.

Visitors today will appreciate old-fashioned Southern hospitality combined with modern in-room comforts like flat-screen TVs and refrigerators and pillow chocolates at turndown. Take your complimentary breakfast to the pretty courtyard, and head back to the hotel after exploring Charleston for afternoon tea in the ballroom. The hotel also has a long-standing tradition of evening port, sherry, and brandy.

Framed by lush elm trees and 19th-century whaling captains homes, Kelley House has been hosting visitors to Edgartown on the island of Martha's Vineyard, Massachusetts since 1742. The inn was renamed several times (it was called the Marcy Tavern and the Vineyard House) until it was closed in 1878, only to reopen by Mrs. Elizabeth A. Kelley, with her husband William Kelley, in 1891 as the Seaview House and then the Kelley House. Judges, statesmen, generals and other famous folks of the era flocked to the hotel for its charming atmosphere and to hear the stories of Bill Kelley. Even after Mr. Kelley's death in 1907 and Mrs. Kelley's death in 1935, Kelley House remained a popular destination on Martha's Vineyard and has since remained in the family.

There are four separate buildings from which guests can choose, and all suites come with complimentary nighttime warm cookies and milk (served in the main lobby at the Garden House). The hotel features an outdoor pool and bar during summer months and also has bicycles for rent, perfect for exploring the beaches and country lanes.

The Historic Inns of Annapolis include three buildings, the Maryland Inn, where delegates of the 1783-1784 U.S. Congress stayed when George Washington resigned as Commander in Chief of the Continental Army and ratified the Treaty of Paris; the Governor Calvert House, originally owned by a prominent local family who lived in the house from 1727 until the American Revolution; and the Robert Johnson House, home to members of the Johnson family who were prominent city and state government officials from the 1770s to the 1800s. The three properties are all located in the Downtown historic district and mix modern luxury with Victorian elegance.

Guest rooms feature pretty views of the state capital building and period details like decorative fireplaces and one-of-a-kind antiques. Save time for a meal at the inn's restaurant Treaty of Paris, which serves up topnotch Maryland favorites, like crab cakes and rockfish in a cozy, 18th-century setting.

Concord is perhaps most famous for its pivotal role in securing America’s independence, as it was from here that farmers and militiamen mustered to meet the advancing British troops in 1775, beginning the Revolutionary War. At the time of the battle, Dr. Timothy Minot Jr. lived and worked on the western side of the building, which is now home to the Inn's Liberty Restaurant. On April 19th, 1775, Dr. Minot opened up his home to care for the wounded Minutemen. He used the Liberty Room as a hospital and one of his bedrooms, now “Room 24”, as an operating room (guest room 24 is now famous for its ghost sightings).

Over the years, famous guests have included J.P. Morgan and Franklin D. Roosevelt, and Henry David Thoreau resided here during the years that he attended Harvard. History buffs should opt to stay in one of the 15 rooms of the Main Inn, which date back to 1716.

Named for the building’s origins as a Carmelite convent over 365 years old, the Hotel El Convento is a gorgeous example of Spanish Colonial architecture in the heart of historic Old San Juan. The public spaces are old-fashioned and grand, with black-and-white checked floors, intricately carved wood doors, and antique furnishings. A courtyard in the center is home to a century-old Nispero fruit tree, standing guard over diners sipping strong Puerto Rican coffee at Patio del Nispero restaurant. The 58 guest rooms are as colorful as the neighborhood's rainbow-colored row houses, with vibrant fabrics, carved chairs and headboards, and Andalusian tile floors.

There's a small plunge pool on the roof overlooking the ocean, perfect for a quick dip after a day spent wandering the shops and cafes of Old San Juan, nearby historic fort Castillo San Felipe del Morro, and the San Juan Cathedral, adjacent the hotel. End the day here with a rum drink on the roof for the sunset, followed by tapas and cocktails made from herbs grown in the hotel's garden at the pretty, lantern-lit terrace restaurant El Picoteo, overlooking the courtyard.

Was this page helpful?
Thanks for letting us know!
Tell us why!
Continue to 5 of 8 below.