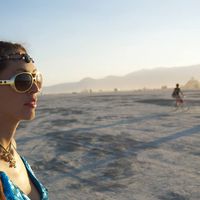 Kristin Addis
Kristin Addis is a travel writer, book author, and blogger who has been writing about her travels to world festivals and Asia since 2012.
Tripsavvy's Editorial Guidelines
Kristin Addis

The Ski World Cup has been going strong since it’s inauguration in 1967. The International Ski Federation hosts this yearly competition where teams from all over the world compete for the cup, a trophy in the shape of a crystal globe weighing 19 pounds. This is no typical ski competition, though. The slopes out there are certainly not for novices and leave the crowds at the edge of their seats with each turn. Aside from the Winter Olympics, The World Cup is considered the top alpine ski racing competition in the world.

There are four disciplines competitors try to rank in - slalom, giant slalom, Super G, and downhill. Each one proves to be more difficult than the last. Contestants are awarded points depending on their rank at the end of each race, culminating to one final score at the end, which determines the ultimate winners.

There are small competitions within The World Cup, including the Nostalgia Ski World Cup that takes place in Austria. Although they are all exciting in their own right, this is the one ski competition you won’t want to miss.

From death-defying jumps and slopes to world-famous talent, there’s always excitement in the air at the Ski World Cup. The Nostalgia Ski World Cup brings a little something extra to the table with that touch of wistfulness from the past. The name nostalgia is not a coincidence.

Contestants wear clothes from the past, such as vintage ski attire from the 1930’s and 1960’s. In 1930, skiing transformed from a leisurely activity to a competitive sport, and the attire from this era certainly represents a changing time. You can catch them wearing old-school snowsuits and funky boots.

Some contestants wear clothing from their family members. This might even include the use of old skis and other equipment. Don’t ask us about the safety of this tradition, but it’s certainly a sight to see.

Another bonus to catching the Nostalgia Ski World Cup, and perhaps the most important aspect to account for (to some attendees), is that Austria is absolutely beautiful. Breathtaking views of the mountainside are reason enough to make your way to this competition.