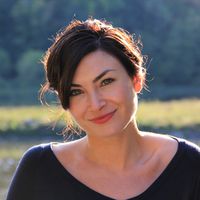 Holly Corbett
Holly C. Corbett is a New York-based travel writer who has explored the U.S. and traveled across the world. She is also a co-author of "The Lost Girls."
TripSavvy's editorial guidelines

For better or worse, shopping is a popular American pastime. The activity could even be considered a sport for those hunting a good bargain, a hobby, or even "retail therapy"—a fun way to reduce stress. If you're on a tight travel budget, "window shopping" can be an experience all its own. Whether shopping is your thrill or you just want to experience some U.S. culture, visiting one of America's biggest malls is a must.

The Mall of America

It sports its name for a reason. The Mall of America is the biggest shopping mall in the United States, with more than 500 stores and 10 attractions, including an indoor theme park. Located in Bloomington, Minnesota, the mall is visited annually by more than 40 million people, which is approximately eight times the state's population. Shoppers can take their pick from Macy's, Nordstrom, Forever 21, Crayola Experience, Marshalls, Nickelodeon Universe, and The Lego Store. They can also visit the Sea Life Minnesota Aquarium.

Located about 25 miles northwest of Philadelphia, the ​King of Prussia Mall falls short from The Mall of America by approximately 70 stores, but it's actually bigger in terms of square feet. This mall offers a store for everyone, from the budget stores to the most luxurious shops in the area. International dining is also available, with three different food courts from which to choose. ​

The biggest shopping mall in Florida, Aventura Mall is home to more than 300 stores and five department stores. The mall attracts approximately 28 million people each year, making it a melting pot of Florida's many cultures. Aventura Mall promises fine shopping with stores such as Chanel, Chloé, Fendi, and Tiffany & Co.

South Coast Plaza is California's largest and most luxurious shopping mall. Located in Orange County, with more than 250 stores, 30 restaurants, and a center for the arts, South Coast offers a sense of style that even Hollywood stars find alluring. South Coast has offerings for all budgets, from affordable prices at H&M to luxury price tags at Balenciaga.

They say everything is bigger in Texas, and this mall is no exception. The Galleria, located in Houston, is visited by more than 30 million people each year. With more than 400 stores and restaurants, two high-rise hotels, and three office buildings, it's no wonder locals and tourists alike come together at this mall. The options are many with stores such as Neiman Marcus, Saks Fifth Avenue, Tiffany & Co., Ralph Lauren, Yves Saint Laurent, H&M, and Abercrombie & Fitch, among others.

With more than 200 stores, Del Amo Fashion Center is two malls in one. Literally. Two Southern California shopping centers came together to create the Fashion Center, one of America's biggest shopping malls. It is a retail favorite because of stores such as Hugo Boss, Kate Spade New York, Nordstrom, Macy's, and many others.

Destiny USA in Syracuse, New York, feels like a different world when you first walk through its doors. Many attractions hide in its corners, bringing together adults and kids at places such as Dave & Buster's, comedy clubs, and the antique carousel. In this Central New York shopping paradise, shoppers can check out luxury shops but also find bargains at outlets and 99-cent stores.

Located in Erie, Pennsylvania, Millcreek Mall has nearly 200 shops, five department stores, and a multitude of restaurants and quick food stops. Millcreek Mall not only shines because of its single-floor food court layout but also because of its variety of entertainment. It's also conveniently equidistant from Pittsburgh, Cleveland, and Buffalo.

If you want to escape the winter cold or just want a change of scenery from mainland America, hop on a plane to Puerto Rico where you'll find Plaza Las Américas, the biggest shopping mall in the Caribbean. Explore its three floors of more than 300 stores including a Build-a-Bear Workshop, Alex and Ani, MAC Cosmetics store, and more.

Where Are the Largest Shopping Malls in America?