America's Regional Airports Are Disappearing. Who's to Blame?

In November 2020, Tweed New Haven Airport in southern Connecticut found itself without commercial service for the first time in nearly 90 years. American Airlines, which operated several flights a week through their American Eagle regional service, announced it was pulling out, leaving the airport abandoned.

The news was not unexpected, given the deafening lull in travel. It was only part of a larger announcement from American that it would also be pulling the plug on its regional service at Williamsport Regional Airport in Pennsylvania and New York’s Stewart International Airport.

Even in 2022, as travel has almost returned to normal, regional airports have continued to bear the brunt of challenges brought on by the pandemic. In late January, United announced it would be culling service on 17 regional routes, removing service from Alexandria International Airport in Louisiana. By September, Delta, American, and United had all announced service cutbacks—in part or whole—to a handful of regional airports around the country, including Toledo, Ohio; Ithaca, New York; Long Island, New York; and Dubuque, Iowa.

Just as America has begun exploring its own backyard, why does it seem like our access to and from it is being cut off?

According to the most recent Regional Airline Association report, regional airlines are the leading air service providers to 29 states—over half of the country.

These small bases are tertiary market airports that “support regional economies by connecting communities to regional and national markets.” Generally, regional airports are in cities or towns with 10,000 to 50,000 residents and are equipped to handle multi-engine propeller planes and sometimes small jets.

But don’t let their small size fool you—regional airports and airlines have a big impact on our country’s connectivity. Last year, according to RAA counts, 41 percent of all scheduled departures were made on regional airlines, and 68 percent of airports in the United States offered regional service exclusively.

Last year, 41 percent of all scheduled departures were made on regional airlines, and 68 percent of airports in the United States offer regional service exclusively

Despite these impressive stats, and even as travel experienced a vigorous reboot in 2021, the number of people taking regional flights bottomed out at around 123 million. Not counting 2020, it was the lowest regional passenger count in a decade—a whopping 42 million passengers shy of the decade high reached in 2019. According to travel analyst and founder of Atmosphere Research, Henry Hartveldt, an estimated 50 or more regional airports will have lost service entirely this year.

The answer, of course, is money.

Driving Forces Behind the Decline

The decline in regional air service results from the culmination of several factors that have all come to a head in tandem.

Passenger numbers just haven't been up to snuff since COVID, mainly because business travel has been slow to rebound. Regional carriers have responded to the lack of demand by reducing service to concentrate on passenger numbers, upping the prices of regional flights, or by exiting the market and eliminating the expense. None of these are consumer-friendly solutions.

But there's no getting around the fact that flying a plane is expensive—you've got labor and fuel costs to start. Smaller markets have lower overall demand, calling for smaller aircraft, which means fewer seats. The average regional seating capacity has increased steadily over the last 10 years to 66, though regional airliners can generally accommodate between 30 to 76 passengers, depending on the plane.

"This is especially important when you have higher pilot labor costs, and for that matter higher flight attendant labor costs; it's easier to amortize those costs across an airplane with 76 seats than an airplane with just 50 seats," explained Hartveldt. "The pilot shortage that began during the COVID crisis has been felt most acutely at regional airlines. Larger airlines, such as United or Southwest or JetBlue, are aggressively hiring more pilots, both to replace pilots who have left or retired during the COVID crisis, as well as to have pilots to operate new airplanes and fund their growth."

One first officer pilot for a major legacy carrier, who spoke to TripSavvy under the condition of anonymity, explained that there's a debate as to whether there's really a pilot shortage—or if it's that there "aren't enough pilots who want to work for what the regionals are paying."

When he began his career eight years ago with SkyWest, the pilot was only offered $21 an hour with a guarantee of 76 hours a month, and he often had to be on-call at the airport for up to eight hours, only just over half of which were paid. He wasn't granted PTO for his wedding—he had to call in sick.

"Pay is not everything," he added. "And that's where I think the regionals are gonna have to start really kind of changing their game if they want their retention to stay high."

Connectivity is vital when it comes to economic viability, growth, and opportunity. A market that loses regional air service may struggle to recover. The loss of connectivity can translate into fewer jobs and business opportunities, eventually leading to a dip in local population and economy—which in turn lowers the likelihood of having their regional air service restored.

Sporadic scheduling or the complete dissolution of regional air service also makes it more difficult for local residents to travel or commute to work. The closest airport may now be hours away, adding extra time and expenses that may cause travel to be cost-prohibitive.

On an abstract level, less connectivity and less opportunity for travel mean less access to experience other areas of the country or world—and vice versa. At a time when America is more divided than ever, this may end up being one of the highest prices we pay.

Paving the Runway for New Airlines

Remember Tweed New Haven, the regional airport that lost all service back in November 2020? They’re making news again—nearly two years later exactly—this time as the thriving east coast hub for Avelo Airlines, which began flying out of the airport in 2021.

“Last November, we endeavored to make air travel faster, easier, and more affordable for Connecticut travelers,” Avelo founder Andrew Levy said in a statement. “Over the past year, we've done just that. In 12 short months, we've transformed Tweed from a sleepy single-destination airport into a vibrant gateway to 14 destinations spanning seven states.”

It’s a prime example of turning lemons into lemonade—but could it be the start of a much-needed regional air service revival trend? It may be a little earlier to tell, but we’ve got our eyes open—and our fingers crossed.

I Flew America's Brand New Low-Cost Airline. Here's What It's Like
Was this page helpful?
Thanks for letting us know!
Tell us why! 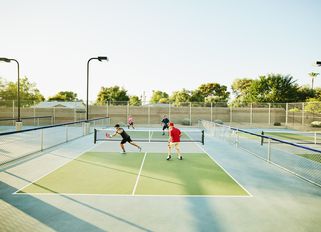