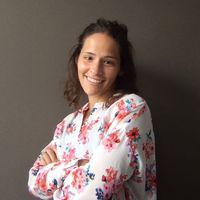 A once decrepit Miami business district, Wynwood has transformed into the world’s largest open-air museum. Today, the 50 city blocks that make up this eclectic neighborhood are adorned with colorful murals painted by world-renowned artists and innovators. Wynwood boasts over 200 street murals, more than any other city in the world, and, unlike other places where street art is illegal, here, it’s embraced. So, whip out your iPhone and start posing, this place was made for Instagram-worthy photos.

The Wynwood neighborhood has a rich history dating back to the early 1900s. Originally purchased as farmland, the area quickly grew into a working-class neighborhood and attracted many commercial residents as well. The Miami boom of the 1920s brought big companies like Coca-Cola, who built a bottling plant in the area. During this time, Wynwood grew into one of the country’s largest garment districts, as well. But, as the area became more industrialized and other parts of Miami became more suburban, a mass exodus of residents began to occur. This led to many of the factories needing to move out of the area as well in order to be closer to their workforce. By the late 1970s, Wynwood had become a crime-ridden neighborhood with a high unemployment rate and a major drug-trafficking problem.

It wasn’t until the mid-2000s when real estate developer and art aficionado Tony Goldman, known for revamping South Beach and Manhattan’s SoHo district, began buying up many of the abandoned warehouses in the area. Goldman had a vision for Wynwood — one huge an open-air canvas. Since most of the area was windowless warehouses and factories, there was lots of “canvas” to paint on. In 2009, the Wynwood Walls were officially opened and displayed at that year’s Art Basel exhibition. Since then the neighborhood has attracted a new kind of community of artist, visionaries, and thinkers. Today, the neighborhood is burgeoning with bars, restaurants, and lots and lots of color!

What to Do in Wynwood

Whether you are into the art scene or not, Wynwood is an overall fun place to visit. The area has a great low-key vibe and is full of interesting people and lots of cool things to see. Of course, a trip to Wynwood would not be complete without visiting the Wynwood Walls. This is the park, or exhibit rather, that put the neighborhood on the map. Starting at the 25th-26th street complex, there are six massive buildings adorned with artwork from artists from around the world. The area is a great place to walk around, grab a drink with friends, and of course take some great pictures. If you happen to be visiting on the second Saturday of the month, take an Art Walk tour of the neighborhood. The Wynwood Art Walk tour company also offers a whole bunch of other educational and fun tours of the neighborhood, so you can find one that fits your group best.

For those looking for some indoor fun, be sure to check out any of the many art galleries in the area. The Margulies Collection at the Warehouse, features seasonal collections from very eclectic artists, as well as programs and events.  O Cinema is a great place to grab an afternoon indie flick, or take a tour of the Wynwood Breweries.

Where to Eat and Drink in Wynwood

Wynwood is home to some of Miami's most buzz-worthy restaurants. Alter, the brainchild of Miami-based chef Brad Kilgore, is a concrete-walled industrial space — seemingly boring in comparison to the neighborhood. The thing is, at Alter, the food is the art.

For a more laid-back meal head to the delicious Zak the Baker bakery and cafe. Baker Zak Stern and his team create the most mouthwatering breads and pastries. The strictly kosher restaurant offers light bites, open-faced sandwiches, and salads. Everything is made fresh daily.

Wynwood’s original restaurant, Joey’s is still a classic that's not to be missed. This Italian joint serves up salami, salads, and sauces. It’s one of Jay-Z and Beyonce’s favorite spots, too.

Beer lovers will rejoice at Boxelder, the Wynwood micro-brewery and taproom. The hot spot offers craft beers and nightly events. Be sure to hit up Gramps on your bar crawl through Wynwood, too. This dive bar offers fresh cocktails, craft beer, and air conditioning. What more can you need? It’s a cool vibe and they host lots of comedy shows and weekly karaoke events. El Patio, is another great spot to check pout. The indoor/outdoor bar is full of Latin flavor, from the furniture to the music, you’ll definitely be here till closing. The neighborhood is also home to some of Miami's best breweries, including Concrete Beach and Wynwood Brewing.

If you can avoid driving to Wynwood, you are probably better off. Although there is metered parking on the streets, you will end up having to pay and keep refilling the meter. Valet parking is available near Wynwood Walls. But, a massive 428-space parking garage, The Wynwood Garage, is in the process of being built and is set to open this Fall. The garage is centrally located and will have retail and office space attached as well.