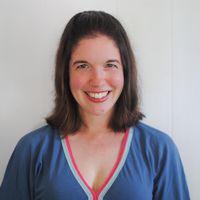 Sarah Pascarella
Sarah Pascarella is an award-winning travel writer and consumer travel expert for Boston.
TripSavvy's editorial guidelines
Fact checked by
Michelai Graham
Michigan State University
American University
Michelai Graham is a technology and business reporter who has written for The Urban Institute and Scoop News. She reports for AfroTech, Lifewire, and The Plug.
TripSavvy's fact-checking

There are no national debates about Boston pizza. No inter-city rivalries a la New York and Chicago. Instead, what Boston has is consistently great pizza that covers every preference, from New York style to Sicilian, thin crust to square pies.

Here are seven favorite places to get pizza in Boston – one to try every day of the week as you explore the city's different neighborhoods. Start in the North End, the city's Italian neighborhood, and work your way around to the others next time you're in town!

Area Four is so delicious. With two locations— Kendall Square in Cambridge and Union Square in Somerville—the difficulty is choosing which pie to try. It's hard to go wrong with the traditional margherita, and the fennel sausage with pickled banana peppers is pretty stellar, too. The Kendall Square location has a larger menu and a café, whereas Union is a smaller operation. Whichever you choose, your taste buds are in for a treat.

A fixture on the outskirts of Kendall Square, Emma's Pizza is a tiny joint that dishes up delectable thin crust pizza. There's usually a bit of wait to get in, but it's worth it: Try the #6 with Yukon potato, broccoli, and gorgonzola, or the #19 with Canadian bacon, caramelized onions, and rosemary sauce. (Of course, there are plenty of traditional favorites on the menu, too.) And if you're planning to see a movie afterward at the Landmark Kendall Square Cinema nearby, be sure to let the staff know – all dine-in patrons at Emma's get discounted $8 movie vouchers.

The first time I went to Ernesto's in the North End, I ordered two slices and walked out with half a pie. For the uninitiated, each New York-style slice is double here – and mouth-watering good. And I'm excited to report that they're branching out to Assembly Square soon (official opening date TBD). Expect a similarly sized space to the North End original, and the same menu.

This one's a little off the beaten path, but still worth the trip: The coal-fired pizzas at Max and Leo's in Newton Corner focus on thin-crust delights with the freshest toppings that together create incredibly flavorful pies. I especially like the Juliann, which features soppresata, jalapeno, and roasted red pepper – salty, savory, spicy, and sweet dance together against a perfectly cooked crispy crust.

For years, the Davis Square space housing Pizzeria Posto was a death knell for restaurants: The building was previously home to a bakery, a café, a burrito shop, and a vegetarian eatery, which all opened and closed in relatively quick succession. Then Posto arrived in 2009 and finally everything clicked. Why? The pizza is fantastic. With a menu focusing on wood-fired Neapolitan style pizzas, Posto also serves up delectable pastas and desserts, as well as a beer and wine list that pairs exceptionally well with the menu. It's also the only pizzeria I know of that offers pig-roast parties. Five years in, Posto shows no sign of succumbing to the fate of its building's many predecessors – and (if I may be so bold) I'll claim it's here to stay.

Whenever family visits from out of town, the first meal we share must always be from Regina's. There are more than 15 locations – the flagship North End location is a must-visit to try the original North End recipe made in the original Regina's oven. You can also find them just outside the city in Medford and within many shopping plazas throughout the Greater Boston area.

If you've flown into Logan Airport, you weren’t too far away from East Boston's famous Santarpio's restaurant. Next time you arrive or depart, take a detour to this local institution for a no-frills pizza that always satisfies. I go traditional here – Italian cheese pizza with mushrooms, peppers, and onions. Take a few slices home or back to your hotel (they're even better the next day).

Lincoln Tavern & Restaurant on East Broadway in South Boston quickly became known for their wood-fired pizzas when they opened. This neighborhood restaurant staple offers classic pies like margherita and pepperoni, to more innovative flavors such as their butternut squash pizza topped with caramelized onions, fontina and bacon.