When Tourism Came to a Halt, a Craft Beer and Spirits Boom Emerged in Tahiti

Jake Emen is a freelance travel, food, and drinks journalist. His work has been published in outlets including AFAR, Barron's, Bourbon+, Condé Nast Traveler, and more.

Generations of imbibers in Tahiti have had one name to know: Hinano. "Hinano is known to be a lot of men's mistress," a local guide, Marania, told me. To be clear, that's a jest, not a lamentation—she loves Hinano, too. After all, it's the ubiquitous Tahitian staple beer. But it's no longer the sole option for beer drinkers, with many exciting entrants joining the drinks scene in recent years. From craft beer to agricole style rhum, visitors and locals now have a far more varied and exciting array of options to explore.

On Tahiti, the main and most populous island in French Polynesia, a long and painful period for the island with no tourism due to the pandemic offered a surprising window for a craft beer and spirits scene to take root. Amidst forced isolation from the rest of the world, the islands had time to reflect and discover a new appreciation for the local ingredients they may have overlooked in the past.

Brasserie Hoa in Papeete began its craft beer production two years ago and opened its doors to the public in 2021. With no tourists around, the brewery could drive home its mission of being created first and foremost for locals.

"People were ready for something new and curious about something local," said co-founder Guillaume Desrez. Born and raised in Tahiti, Desrez was inspired by time spent in France and wanted to elevate Tahiti's craft beer scene upon his return. "When I was young, I only drank Hinano, or maybe Heineken. It was always the same. I wanted to do what I saw in France here."

Hoa, which means "friends," is housed in a converted, multi-story industrial space and plays host to local bands while offering exhibition space for a crop of local artists. Beer styles play into the preferences of locals as well. "People love ginger in Tahiti," Desrez said, "and high ABV." Toru, one of Hoa's core offerings, is a triple ginger beer at 7.5 percent ABV made with fresh local ginger.

Desrez estimates that as much as three-quarters of the brewery's sales are made off-site via wide distribution to hotels and restaurants across Tahiti. That's where most tourists will likely encounter their products, though perhaps after a taste or two, they'll be inspired to visit the brewery for further exploration.

Another new entrant to the Tahitian craft beer scene is Matavai, which began selling its beers in May 2020. The brewery has a permanent range of five beers, including a blonde, white, amber, triple, and Pacific Pale Ale, and ongoing seasonal offerings. Brewery manager Matthieu Daumont refers to the latter as "ephemeral brews," such as the current white with hibiscus.

Matavai isn't yet open to the public, but a project on one of the island's main drags, the Route de l'Eau Royale in Arue, is in the works to change that, offering another destination for visitors to hit on a beer crawl across Tahiti. "We are working on a boutique and bar that could see the day in the first half of 2023," Daumont said.

Tahiti's myriad islands each have their own personalities, and the island of Taha'a is known for three specialties: vanilla, pearls, and rhum. Travelers who take a short flight over to Raiatea and then pop over to Taha'a via boat will find one of the most unique distilleries in the wide world of rum, a visit that requires hopping off onto a pier as your captain or guide blows a conch shell to signal your arrival. Step ashore and arrive straight at Domaine Pari Pari, a rhum distillery that uses Taha'a-grown sugarcane sourced from more than 50 families on the island.

Pari Pari opened in 2015 and distills rums between July and December. During that time, they press five to 10 tons of cane per day, fermenting the cane juice for one week and distilling it on a hybrid pot still from Germany. Unaged agricole is bottled at 40 and 55 percent ABV, with more limited aged rhums also produced, such as a four-year VSOP matured in old bourbon barrels. There are even flavored rhums using some of the island's other wares, including vanilla, coconut, and passionfruit.

While the pandemic cut off a supply of visitors to the distillery, Pari Pari was still able to make products available for sale through its website. Today, Pari Pari's rhum is sold and shipped to 20 states in the U.S.

Right down the street—or right off an adjacent pier, in this case—is Mana'o, which also uses Taha'a sugarcane and emphasizes variety, working with up to 12 varieties and distilling them individually. "It's an agricultural rhum," distillery worker Kurly told me. "It's a new story for Tahiti and an artisanal product." A current unaged bottling is fruit-forward, clean, and bold with a touch of agricole funk, while a one-year-old bottling aged in Armagnac casks incorporates caramel and honey into the mix.

Visitors will see a row of diverse sugarcane outside, displaying the great disparities between them. If the cane can appear as anything from wide and thick-ribbed to tall and wispy and from dark red to grassy green in color, the resulting flavor range must be equally as diverse.

The project took years to come to fruition. Mana'o began planting cane in 2010 and then began harvesting by 2013. By 2015, its first bottles were sold, followed by the opening of its bottle shop and visitor center on the island in 2019. The sugarcane is pressed and fermented on-site, and the operation plans is to install their own still at their current location by 2023.

A collaborative spirit can be found across Tahiti's craft producers, with the breweries and distilleries mentioned above partnering together for special releases. Hoa matured a rye stout for six months in a rhum cask from Pari Pari, adding Tahitian vanilla as well. Pari Pari will reclaim the barrel and offer a beer barrel-aged rhum in the future. Matavai snagged a cask from Mana'o for its own barrel-aged offering, incorporating vanilla from Taha'a. It has sourced other regional ingredients for one-offs, such as a white ale with oranges from oranges Tamanu.

"In Polynesia, we only drank imported. We didn't have any alcohol made with care," Kurly, from Mana'o, said. "But we had the raw material and all the positive factors for production." Now, those positive factors are being put to positive use, with local entrepreneurs showcasing the islands' bounty and creating distinctive Tahitian products compelling for locals and visitors alike. So put that Hinano down, if you dare. 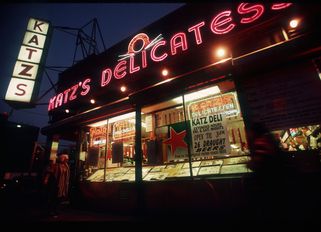