The first thing that hit me when I walked into the old Eveleigh Locomotive Workshop—one of the world’s last remaining industrial blacksmithing workshops—was the smell. The acrid aroma of hot steel has permeated these brick walls in the heart of Sydney, Australia, for more than 130 years. But the magic happening inside Eveleigh Works, the current custodian of the historic space, is anything but antiquated. Here, modern-day blacksmiths use heritage equipment to forge wild metal works, collaborate with Indigenous Australian artists, and breathe new life into the ancient craft. Australia’s oldest steam locomotive workshop may have a museum-like quality, but with various courses for beginners, there are plenty of ways to interact with the industrial icon.

While Matt Mewburn, a forge master and industrial blacksmith who runs the workshop, gave us a rundown of the enormous space, I marveled at the monolithic machinery. With many of the old presses and tools dating back to the 1850s, the Smithsonian Insitute has deemed it the largest and most integral collection of Victorian blacksmithing equipment in the Western World.

“What makes this place so special, along with the scale, is the context of the shop,” says Mewburn. “We still have everything basically in the way it would have been when it was a working shop.”

Opened in 1887 by the New South Wales government to maintain and manufacture steam locomotives, the original Eveleigh Locomotive Workshop continued to operate until 1988. There are few blacksmithing workshops like this left in the world, says Mewburn, making the space an epicenter for local and international artists interested in coming to Australia to create and share skills.

As it turns out, smithing a metal rectangle into something as simple as a tea light holder is no easy feat. With Mewburn’s guidance, I used tongs to heat my brick in the forge before cutting designs into it with sharp hammers—a process that requires a careful blend of accuracy, artistry, and a surprising amount of muscle.

“A lot of the tools that you’re using today we made ourselves—that’s why we get called the king of the trades,” says Mewburn. “Blacksmiths make tools for every other trade, like hammers for stonemasons and chisels for woodworkers.”

Once a dying trade, the skill of blacksmithing is experiencing a resurgence, with developers and hospitality projects increasingly commissioning custom-made metal art. The designs have become more whimsical than the works that were widespread during the Middle Ages and the Industrial Revolution. Stilit'st's rare to come across old machinethat'st’s as well-preserved as the equipment found at Everleigh Works. As I embarked on the final step of my project—pressing my chiseled rectangle down into a curved tea light holder—I had a newfound appreciation for those keeping the craft alive today.

Along with leading courses, Mewburn works on bespoke commissions, including large-scale public art installations. This year, he collaborated with First Nations artist Badger Bates to create a rainbow serpent steel sculpture on display at the Biennale of Sydney in 2022. The two also spent seven months forging steel gates that illustrate the stories of the Barkandji people for the Paul Ramsay Foundation. For Mewburn, who also has Indigenous Australian roots, these commissions offer a fulfilling connection to the country.

Beyond the workshop, a walk around the South Eveleigh precinct provides endless artistic inspiration. Several public artworks decorate the area, including "Interchange Pavilion," a 3,765-square-foot steel and wood installation by artist Chris Fox that reflects Eveleigh's rail history. Outside the design-forward Egg of the Universe yoga studio is a towering treehouse metallic forged by Australian visual artist Nell, who also created the LED installation "Happy Rain." Pass through the lobby of the Axle Building, and you'll see "Untitled (red gum slabs)" by Wiradjuri/Kamilaroi artist Jonathan Jones, a response to the city's railways and Aboriginal heritage.

Nearby, multi-arts organization Carriageworks hosts year-round programming in addition to its farmers market every Saturday morning. With Sydney WorldPride kicking off in February 2023, its industrial spaces will come alive with various events, from a First Nations Gathering Space to dynamic performances and installations.

After working up an appetite in the workshop, I headed to Lucky Kwong, the latest restaurant from Australian celebrity chef Kylie Kwong, which opened in mid-2021 inside one of the old locomotive workshops. The canteen-style eatery offers a modern riff on traditional Cantonese food while incorporating native Australian ingredients—including bush raspberries and warrigal greens grown on the rooftop of the nearby Yerrabingin House, Australia's first Indigenous rooftop farm for urban food production. South Eveleigh's rebirth as a creative hub also extends to its food and drink scene, which includes Re, the world's first permanent zero-waste bar.

As I nibbled on Kwong's delicious signature Australian-Cantonese coleslaw, I took note of the tree branch-inspired light fixture above me, which was hand-forged at Eveleigh Works by artist Nell for the space. It's indicative of the creative collaborations in South Eveleigh, just 2 miles south of Sydney's Central Business District. All artists are welcome in these old workshops where innovation and heritage intersect. And if you're willing to get close to the fire, you can take home a piece of it for yourself. 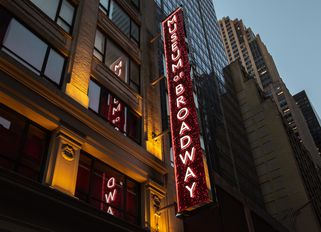