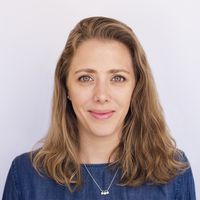 Elspeth Velten
Elspeth Velten is the former Senior Editor for TripSavvy and has been with the company since 2016.
TripSavvy's editorial guidelines
Erin Medlicott
New York University
Rutgers University
Erin Medlicott is a fact checker and researcher with a background in lifestyle and finance. Prior to her work at TripSavvy, she did financial research for the American Express Departures Magazine as well as the Wall Street Journal. She earned a
TripSavvy's fact-checking

Like many Orthodox temples, St. George's Church at Oplenac, just outside of Topala, Serbia, appears unassuming on the exterior. Sure, its white marble facade topped with copper domes stands out from the surrounding forrest landscape, but there's no hint of what lies inside: over 40 million tiles of jewel-toned Murano glass mosaic work, covering nearly every corner of the church's nave and underground crypt.

St. George's Church was founded by King Peter Karađorđević I to serve as a royal mausoleum for his family, Serbia's second dynastic family, which ruled until the country became part of socialist Yugoslavia in 1945. The location was chosen for the church in 1903, and by 1907, the first stone in the church's foundation had been laid. But construction on the church would be forced to halt twice in the first half of the 1900s for both the Balkan Wars and the first World War. King Peter died in 1921, before he could see the completion of his project. The plan was taken over by his successor Alexander I and completed by 1930.

Today, the ground level of the church hosts the remains of two royals: the founder of the dynastic family—Karađorđe—and the church's creator, King Peter I. Down in the crypt, six generations worth of family members from Karađorđević family rest, with room for more.

The cross-shaped St. George's Church was designed in the Serbian-Byzantine style, with four small domes radiating around a larger central dome. White marble for the building's stark facade was sourced from the nearby Venčac Mountain, but the building's exterior blank canvas is opposite of what you can expect upon stepping inside.

The entire interior of St. George's Church is adorned with Murano glass mosaics. The mosaics, made up of more than 40 million tiles in a range of 15,000 different colors, including some plated with 14 and 20 karat gold. The scenes depicted by the tile work are replicas from 60 monasteries and churches across the country. A three-ton bronze chandelier hangs below the central dome, said to have been made from melted weapons after World War I.

What Else to See at Oplenac

King Peter's House: At the front of the church lies a small house from which King Peter I oversaw the construction of the church for five years. Today the house is home to exhibits relating to the Karađorđević dynasty, including portraits of the family members and a rendition of the Last Supper in mother of pearl, a priceless family heirloom.

The King's Winery: Behind the church are sweeping vineyard views, and down the hill lies the King's Winery, built by King Peter's successor, King Alexander. Today the winery is more of a museum where two underground cellars still house 99 original oak barrels, including barrels given to the King as weddings gifts from neighboring countries.

The Oplenac complex lies just outside the town of Topola, about fifty miles south of Belgrade—and hour and a half in a car. The quaint town of Topola offers street-side restaurants and close proximity to the many wineries of Serbia's Šumadija region.

The Most Beautiful Church in Europe You've Never Heard of