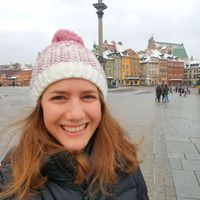 Located in Tek Tek Mountain National Park, Karahantepe was first discovered by a team of researchers led by German archaeologist Klaus Schmidt during a surface survey in 1997. Since excavation of the 140,000-square-mile site first began in 2019, researchers have discovered more than 250 T-shaped limestone pillars, similar to those found at nearby Gobeklitepe, home to the oldest-known monumental buildings in the world. The megaliths at the UNESCO World Heritage Site depict wild animals like foxes and aurochs, abstract human likenesses, and geometric patterns.

Though Karahantepe itself is larger than Gobeklitepe—known as the "zero point in time," as research indicates that it is the birthplace of the world's first settlements, social hierarchies, and basic trade—the two sites are roughly the same age: 10,000 to 11,600 years old.

"The symbolism and the depictions on [the monuments at Gobeklitepe] are telling us about the complexity of prehistoric society at this time," said Dr. Lee Clare, research lecturer for prehistoric archeology at the German Archaeological Institute in Istanbul. "The transition that they were going through was affecting them obviously cognitively; the groups were growing, [and] they were facing new challenges which they didn't have as hunter-gatherers: the growing population, stress on resources, competition, hierarchization. And all of that led to this perhaps attempt to keep the community together by reinforcing their beliefs, their identities [through] these wonderful, symbolic depictions on the T-pillars."

Based on what researchers have learned from Gobeklitepe, it is believed that the site and its artifacts will further contribute to our understanding of the Neolithic age and its impact on human history. "It's a spectacular archaeology discovery. The buildings were so important to people at the time," said Necmi Karul, an Istanbul University professor and head of excavations. "It [is] time to open the site to the public."

In light of the discovery, Mehmet Nuri Ersoy, the country's minister of culture and tourism, announced the Sanliurfa Neolithic Research Project during a recent visit to Karahantepe. In what will be the most comprehensive archeological study in Turkey's history, the Ministry—in partnership with 12 institutions, museums, and universities—will excavate 12 sites, including Karahantepe. The project is expected to take three years and cost 127 million lira ($14.3 million) to complete. The objective, Ersoy said, is to promote the Neolithic Age to the entire world.

"In the coming days, excavations will begin in the mounds of Ayanlar, Yoğunburç, Harbetsuvan, Kurttepesi, and Taşlıtepe settlements, as part of the first phase of the Şanlıurfa Neolithic Research Project," said Ersoy. As part of the project, the Ministry of Culture and Tourism intends to expand infrastructure and roads in Sanliurfa Province to accommodate tourists better and make the sites more accessible. They anticipate up to 6 million visitors each year, a 22 percent increase from the 1.1 million tourists Sanliurfa received in 2019.

Visitors to Sanliurfa can see 95 percent of the artifacts uncovered at Karahantepe this year within the "Karahantepe and Neolithic Human Exhibition" in Sanliurfa Archaeological Museum, which contains the most extensive collection of Neolithic artifacts in the world, while a formal visitor center at Karahantepe will open in 2022.