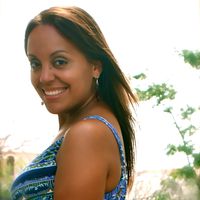 When it comes to celebrating the spookiest holiday of the year with your family in San Antonio, you're in luck. From scary haunted houses to a kid-friendly parade of floating coffins along the Riverwalk, families will be happy to know that most of the spooky happenings in San Antonio are great for little kids.

If you're traveling with kids over the age of 12 and are looking for a truly frightening stop for your Halloween adventure in San Antonio, there's no better place than the 13th Floor Haunted House—the oldest and longest-running Halloween attraction in the city.

Capitalizing on the superstitions surrounding the number 13, this haunted house is one of San Antonio's biggest and scariest attraction, packed with Hollywood-style special effects and spooky twists and turns. It's located just a few blocks from the Alamo and the San Antonio Riverwalk in a building that's over 100 years old.

Parade Around the Haunted River

This free festival features two separate parties: one for adults at the Arneson River Theatre in La Villita and one for the whole family at the Shops at Rivercenter, also known as Haunted River, Jr. The adult party will feature Halloween-inspired performances, an adult costume contest, and more, while the family party will feature a live DJ, family and kid's costume contests, and trick-or-treating along the Riverwalk.

Make a Splash at Howl-O-Scream SeaWorld

While you can still enjoy all of SeaWorld's various attractions during the daytime this month—including kid-friendly games, activities, and performances—the park turns up the level of fright around sunset each night, which may be too scary for younger children.

Every Halloween, Six Flags Fiesta Texas transforms into a theme park straight out of your worst nightmares and is just as scary in the daytime as it is in the evening. Crawling with ghouls and zombies from mid-September until Halloween, the park will also feature special attractions like haunted mazes, pulse-pounding rides, and holiday-themed live entertainment throughout the month.

Go Wild at Zoo Boo at the San Antonio Zoo

A staple for children and families in the area each year, the Zoo Boo at the San Antonio Zoo is on every weekend from late September until Halloween. This family-friendly, non-scary series of events features pumpkin painting, dance parties, a hay maze, trick-or-treat stations throughout the zoo, and sometimes costume contests.

Admission to the San Antonio Zoo automatically grants you and your family access to these holiday-themed games and activities, but you'll have to pay a little extra to take a ride on the Zoo Boo Express train.

Get Lost in Ripley's Haunted Adventure

Ripley's Haunted Adventure is an interactive haunted house where visitors can take a ride in a coffin cage and walk through a haunted maze filled with special effects and live monsters. As a a haunted house, it's very traditional with surprises hidden around corners and costumed actors that will pop out and startle you.

These ghost tours take you to some of San Antonio's historic haunted locations. From the first Spanish settlements in 1691 to the famous last stand of the Alamo, you'll learn about the haunted history of one of Texas' first settlements on one of four special tours.

You can book individual or group tickets online or head to the Tour Office, located outside the Menger Hotel across from the Rivercenter Mall. Tours are available on select dates throughout the year, including all month long in October.