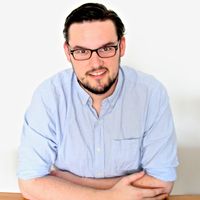 Rust Belt cities have been the butt of jokes for far too long, but now they’re having the last laugh.

Cities from Baltimore to Philadelphia, once considered dying hubs, are in the midst of a resurgence. Young, college-educated professionals are choosing to forego cities like San Francisco and New York City, opting to trade alarmingly high rents for a more reasonable cost of living, and ultimately a more meaningful work-life balance. In turn, these cities are trading their blue-collar reputation for a more artistic and creative persona and the world is taking notice.

Over the past few years, cities like Philadelphia, Cincinnati, and Buffalo have started to make their appearance at the top of travel bucket lists throughout a handful of international publications. People are starting to realize that these cities are no longer a wasteland and that maybe they never were. There’s an abundance of art, theater, cuisine to be experienced in these towns, and usually, the price is much more palatable.​

On once abandoned or run-down streets you’d be hard-pressed to find a single person willing to venture out of their homes in some of the rougher neighborhoods. Today, those neighborhoods are growing. Homes are being renovated, local shops are opening up and new construction is taking over the weed-strewn lots that were such eyesores. With this rebirth, there are a number of opportunities for travelers to take advantage of. What are you waiting for? Pack your bags and shuffle off to Buffalo.​

Like a handful of cities on this list, Baltimore still gets a bad rap. While crime and poverty are no small issues that plague the city, there’s also been an incredible resurgence. The rebirth of the harbor spawned interest amongst travelers with the Ripley’s Believe It or Not, National Aquarium and a bunch of shops and restaurants, but the growth quickly expanded past the waterfront. A handful of craft cocktail bars have opened up in recent years across the city making it a great place for a quick weekend getaway if you’re looking for a party.

There are lots of cool things going on in Buffalo, but here's the short version. Elmwood Village, the Westside, Allentown and North Buffalo have come a long way over the past few years and you could easily spend a few days checking out each neighborhood. All are lined with restaurants, boutique shops, and local haunts, but they each have their own vibe.

Canalside is a great escape to take part in more adventurous activities with companies offering kayaking tours around the grain silos, paddle boats, and rock climbing on the old silos. You can venture across the Buffalo River to the Outer Harbor for extensive bike paths by way of a $1 ferry that runs frequently.

Head to the Albright Knox Art Gallery for one of the best cultural experiences around. The world-renowned gallery showcases works by Jackson Pollock and Vincent Van Gogh. The Burchfield Penney, just across the street, is another celebrated gallery that shouldn't be missed.

Chicago doesn't quite fit the mold as a decaying Rust Belt town as it's been a tourist destination for years. However, the Windy City owes its reputation to its blue-collar past and has successfully built upon it.

The art scene in Chicago is truly unparalleled to any other Midwest town with the Field Museum of Natural History, the Museum of Science and Industry, and the Chicago Cultural Center, among many, many others.

The restaurant scene is one of the strongest and most innovative in the country, with a shocking 22 places holding Michelin stars.​

While there’s no denying the Chicago still struggles with crime and poverty, it’s truly been able to build a strong reputation as a destination worth planning a trip around.

Cincinnati is a true baseball town through and through, but just north of the stadium a renaissance is taking place. Over-the-Rhine has a storied history as a German enclave dating back to the 19th century and is Cincinnati’s most historic district. Since the 1980’s a shift started to take place like restaurants, bars and galleries started to pop up.

Over the years it has grown into a destination worth planning a trip around. Not only is the area a vibrant district of the arts, but it’s also considered to be the most intact urban district in the United States.

You could easily spend more than a quick weekend making your way around Cleveland with all of the great attractions to check out. There’s the Rock and Roll Hall of Fame, Metroparks Zoo, Botanical Garden, West Side Market, and the Christmas Story house, but there’s honestly so much more.

Neighborhoods like Gordon Square Arts District, Ohio City, ​and Tremont are filled with restaurants, bars and boutique shops worth checking out. For a walk through historic Cleveland, head out to the Lincoln Park section of Tremont for some beautiful late 19th-century architecture.

No Rust Belt city has been hit as hard as Detroit. The city has lost more than 60 percent of its population since the 1950s and with that came thousands of neglected and abandoned homes. The city set out to shrink the city limits by demolishing properties, wiping away years of history in the process, but it’s not all bad news for Detroit.

A small grassroots effort has brought much-needed attention to the arts scene in Detroit and tons of historic architecture still exists throughout downtown, making it a great place for urban explorers.

Milwaukee is the perfect place to spend a long weekend with so many different museums, galleries, and parks to explore, many of which allude to its history as an industrial powerhouse.

The Harley-Davidson Museum and the Discovery World touch upon that history, giving visitors an opportunity to explore. The Charles Allis Art Museum, Mitchell Gallery of Flight, Milwaukee Public Museum and Milwaukee Art Museum are all great destinations worth exploring.

Niagara Falls is an interesting town, balancing two different personas. On one hand, you have the connection to the natural wonder that makes regular appearances on travel bucket lists across the world. On the other hand, you have a town that's struggled to stay afloat for the past 60 years.

Niagara Falls, New York is an economically depressed town that's definitely seen better days, and when most people think of the bustling town that surrounds it, they're thinking of Niagara Falls, Ontario. But don't discount this place just yet. Over the past few years, there has been slowly building momentum to bring this city back on top. Investment has funneled into the struggling downtown to make it vibrant again.

There's also the beautiful state park that overlooks the iconic Falls that is the perfect spot for photographers to get the perfect shot. The obvious focus in this town is around the Falls with so many opportunities to experience its strength up close. The Cave of the Winds and the Observation Deck are perfect for vacationers looking to experience nature without trekking too far away from a city. There's also the Aquarium of Niagara and the Maid of the Mist, which have been bringing visitors to the area for years.

When most people think of Philadelphia they don’t necessarily associate it with its industrial past, but more so with its historical background. The Liberty Bell, Independence Hall, and the Independence National Historical Park all harken back to the city where it all started. Textbook legends made their way through the city streets, marking their territory and ultimately shaping the city into what it is today, but the city was rooted in the industry.

Today things are a little different. Art and culture dominate the landscape with notable venues like the Philadelphia Museum of Art, Please Touch Museum and the Academy of Natural Sciences of Drexel University, bringing Philadelphia to the forefront of creativity.

Pittsburgh didn’t earn its moniker of Steel City by chance, the gritty town thrived as a blue-collar haven for industry until the jobs started to disappear. Thankfully, the city has reinvented itself with a revitalized downtown and quickly developing neighborhoods like Lawrenceville and East Liberty. The city is a mixture of contrasts, like many blue-collar towns, where those who’ve stayed put for decades mingle with the new young professionals that are moving into these once quiet neighborhoods. The city is capitalizing on its industrial past, again like many similar cities, by focusing on their heritage while celebrating the new culture that is spreading throughout its quiet streets.

There’s a lot more to St. Louis than the beaming arch that encompasses the city with interesting new restaurants popping up all over. But the Cherokee Street neighborhood has earned a reputation as the area to watch. Once neglected buildings are filled with great places to check out and the long stretch makes for a great day for walking around the city.