The Indigenous American Food Movement Is Here, and It's Starting in These Cities

Marisel Salazar is a New York-based food, travel, and lifestyle writer and host. She has worked extensively with restaurants and chefs.

Noticing an abundance of ramps and fiddlehead ferns on the menus of your city's trendiest new restaurants? The wild onions and shoots, part of a broader trend in foraged foods, can be found on the menus of hot spots like New York City's Loring Place, where you can order baked ricotta with ramps, fava beans, and pistachio pesto, and Kyoto's Monk, currently serving up wood-fired pizzas topped with fiddlehead ferns and koshiabura.

You can thank Indigenous people for the culinary world's current obsession. They've used it in their cuisine long before it became this year's dish du jour.

While "American cuisine" is often associated with hamburgers, French fries, and hot dogs, its roots can actually be found in Indigenous, pre-European contact foods and early settler cuisines that span a variety of Native American tribes across the U.S., from the South's Gullah Geechee heritage to Hawaii's Indigenous peoples. The foundation of today's North American food combines these Indigenous and early immigrant—forced and voluntary—cuisines.

But look around, and it's easy to see that America is amidst an Indigenous culinary movement. Original and early cuisine-dedicated restaurants are emerging from the back burner and entering their rightful place in the culinary spotlight. Their decolonized approach to cooking lets heritage dishes and ingredients shine, educating diners on what American food means and where it came from.

Others are joining the movement to spotlight these types of cuisines.

"It is critically important to seek, learn, affirm and share the distinct histories of BIPOC communities; and unlearn dominant narratives," said Matt Berna, president of Intrepid Travel, North America. The tour operator began BIPOC-focused tours and experiences such as sharing a meal with the Native American people of Warm Springs and highlighting other groups like Gullah Geechee.

"Highlighting BIPOC communities and cuisines helps to honor the legacies of Native and Black culture and the resistance to colonization," said Berna. "Eating invites connection, and as we connect and share, hopefully, we can actively examine how disparities and injustices have uniquely affected these communities. We hope our trip experiences bring more understanding that it is not our differences that divide us but our inability to recognize, accept, and celebrate those differences."

These pre-contact culinary experiences can currently be found in cities across America, from the Midwest to the South and California's Bay Area. If you're looking to experience the nation's foundational foods, we've spotlighted the best places to enjoy Indigenous, Native Hawaiian, and Gullah Geechee cuisines across the U.S.

It is estimated that about 60 percent of the world's food supply originated in North America. These foods include corn, squash, beans, and animal proteins like bison, salmon, trout, and turkey. Before European arrival, Native Americans had already developed new varieties of corn, beans, squashes, and other foods. Colonizers and settlers to the New World brought over dairy, wheat flour, cane sugar, beef, chicken, and pork.

Owamni prioritizes purchasing from Indigenous food producers and local growers and is operated by members of the Oglala Lakota and descendants of the Wahpeton-Sisseton and Mdewakanton Dakota, Chef Sean Sherman, and Dana Thompson. This year, it was named Best New Restaurant in the James Beard Foundation Awards.

In California, Oakland's Wahpepha's Kitchen focuses on reclaiming Indigenous foods and educating the public about their health benefits. It is led by Native Chef Crystal Wahpepah, an enrolled member of the Kickapoo nation of Oklahoma and founder of her namesake eatery. Wahpepah was named a finalist for Emerging Chef at this year's James Beard Foundation Awards and was born and raised in Oakland, California, on Ohlone land. In 2016, she was the first Native American chef to compete on the Food Network competition show "Chopped."

A visit to Wahpepah's Kitchen yields charred deer sticks marinated in Indigenous seasoning, Anaheim pepper, chokecherry sauce, or Oklahoma peal hominy with duck fat. There's an acorn crepe made from traditional tan oak acorn, drizzled with maple cream, berry sauce, and seasonal Indigenous berries, topped with maple sugar. Grab tacos with bison or squash, a spoonful of the native mushroom pumpkin seed mole, and other incredible Native American dishes. Across the way in Berkeley is Café Ohlone, a curated space that aims to educate the public about Ohlone cuisine.

On the opposite coast in New England is Sly Fox Den Too Restaurant. Wampanoag Chef and owner Sherry Pocknett uses traditional farming techniques, hunting, fishing, and cooking at her restaurant in Charlestown, Rhode Island, which is home to the Narragansett community. Many of the restaurant's produce is cultivated in their own gardens.

While you'll find Three-Sisters Succotash, bison burgers, native smoked scallops, and venison skewers, Sly Fox Den Too doesn't strictly use only Indigenous ingredients: There's wheat and dairy on the menu, but in ways that display the culinary progression of Native American cuisine over the years. For example, Native American fry bread and "Indian pudding," a wobbly old-fashioned New England dessert made with cornmeal and molasses which dates back to New England's colonial days.

Those heading to the nation's capital can visit Misitam at the Smithsonian National Museum of the American Indian to try Indigenous foods while exploring the museum. Two other excellent Indigenous restaurants that have recently made a splash are Tocabe in Denver, founded by a member of the Osage tribe, and Blacksheep Cafe in Provo, Utah, owned by Navajo entrepreneur Bleu Adams.

There are also other Indigenous groups' foods in the United States that we may not think of but already enjoy. Famed for its beaches and beauty, Hawaii was made a U.S. territory in 1900 and a state in 1959 after the overthrow of the Hawaiian monarchy. Before joining the United States and the influx of mainland Americans, Indigenous Hawaiians were the aboriginal people of Hawaii, descendants of Polynesians who migrated to Hawaii.

Helena's Hawaiian Food, Highway Inn, Waiahole Poi Factory, and Haili's Hawaiian Food serve traditional staple food of Hawaii's native cuisine and other progressions as the cuisine evolved. There is pipi kaula, a salt-rubbed, dried beef delicacy, with sides of poi, the purple Hawaiian starch made from kalo (taro) root. Lomi salmon, a fresh tomato, onion, and salmon salad. More classics such as beef stew, squid luau, kālua pig cooked in an imu (an underground oven and one of the simplest and most ancient cooking structures), and chicken long rice are also on the menu.

For dessert, haupia, traditional coconut milk and pia (yam)-based Hawaiian dessert, is a must. It is said that haupia can be traced back to the Polynesians, who first introduced the pia plant to the Hawaiian Islands when they voyaged across the Pacific. The James Beard Foundation awarded Helena's Hawaiian Food the Regional Classic Award in 2000.

Gullah Geechee cuisine is a type of African American cuisine that emerged from enslaved Africans who lived and worked along the southeastern coasts (South Carolina, Georgia, and upper Florida) of the U.S. and on various sea islands along the coasts, says food and travel writer Kayla Stewart, co-author of "Gullah Geechee Home Cooking: Recipes From the Matriarch of Edisto Island."

It is where West African, Central African, and Lowcountry culinary techniques and ingredients meet, emerging from the Transatlantic Slave Trade in the 16th century. Stewart explains Gullah Geechee food is often rice and seafood-based and includes produce from West Africa, like okra, cowpeas, and black-eyed peas, grains like grits, and dishes like shrimp and grits, fried corn cakes, and okra and shrimp gumbo.

Diners can find most of these foods at Chef and owner Lorraine Smalls' My Three Sons of Charleston. First-timers should try red rice (listed as 'Gullah rice' on her menu), a quintessential Gullah Geechee meal. Charleston is also home to several other Gullah Geechee restaurants, like Bertha's Kitchen, Nigel's Good Food Express, Florence's Lowcountry Kitchen, and Hannibal's Kitchen. 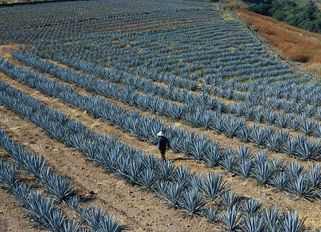