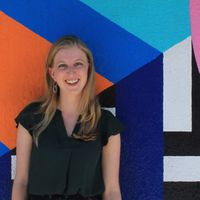 Jamie Hergenrader
Editorial Director, Travel and Finance
University of Missouri
Jamie Hergenrader is the Editorial Director of Travel and Finance for the commerce team at Dotdash. She joined the company in 2018 and has nearly a decade of experience writing and editing travel, health, and lifestyle content for print and digital publications.
TripSavvy's editorial guidelines

Last Wednesday, my husband and I were in an Uber on our way to pick up a car we had rented for the upcoming weekend for a camping getaway. Like many people lately, we were itching to escape our apartment, hit the road, and spend a few days outdoors after months mostly spent inside.

Road tripping is already a popular summer pastime but combined with the sharp decline in air travel, it’s become the go-to mode of travel for most people in 2020. According to a survey conducted by Morning Consult, a market research company, 72 percent of Americans were planning to take an overnight vacation via car in the next few months, compared to only 32 percent who saw themselves taking a flight in the same time frame.

We figured that a mid-week rental during a non-holiday week (late July) at our nearest airport (LaGuardia Airport in New York City) would be a fairly simple task, especially compared to, say, a Thursday or Friday afternoon or Sunday evening, when most people might be renting and returning for a weekend getaway.

You can probably see where this is going—it wasn’t as simple as we had predicted. When we arrived, the line was stretched around the building. We headed for the back, with about 15 groups ahead of us in line, and as time passed, more and more people arrived with the same surprised and disappointed faces we had earlier. “Is this the line to pick up a car?” they asked. Yes, we said. “Do you have a reservation, though?” Yes, we said. By the time we drove out of the lot in our rental, it had been almost two hours.

In hindsight, we had planned around “normal” travel trends in a very not-normal year—as with several other industries, the COVID-19 pandemic has led to predictably unpredictable circumstances where consumers are desperate for an escape from home and rental car companies are scrambling to accommodate demand and stay afloat.

In March and April, practically all forms of travel came to a halt. Searches on Kayak for rental cars in the U.S. were down 73.6 percent in April from the same month in 2019. And to add to the slump, those who had travel already booked were canceling—data from Rhino Car Hire, a U.K.-based car rental company that also operates in the U.S., showed an 89 percent cancellation rate of cars booked for April use. In response, Avis Budget reduced its fleet by 35,000 cars and canceled 80 percent of incoming vehicle orders for the U.S. in 2020. Hertz also sold 41,000 cars in March, and then filed for bankruptcy in late May. Surplus cars were being stored in unused lots of sports stadiums.

As summer began, though, and people were eager to travel again, demand for cars increased in June and July. “Rental companies are responding by trying to move vehicles from lower demand areas to high-demand areas, but this has proven challenging as well since they have all had to cut staffing,” said Jonathan Weinberg, founder and CEO of AutoSlash.com, a price-tracking website for rental cars.

We guessed that the reduced staffing at our Budget location was one reason for our long wait time—out of (understandable) precaution for the safety of employees, there were only one or two people working at the counter at a time. “As the pandemic wears on, we have to anticipate and move quickly to deliver a consistent and satisfactory customer experience that will go smoothly while maintaining our goal to keep all of our employees and customers safe,” said Joe Ferraro, CEO of Avis Budget Group.

Another factor working against us was our location. Data from Kayak, Priceline, and AutoSlash all show that a major hot spot for demand is New York City, where many people primarily rely on public transportation, and many residents (like me) don’t own cars. “In a normal year, a good number of these people would be flying somewhere and potentially renting a car there during their summer vacation, but with flying a perceived higher-risk option now, these folks are planning a road trip instead, which is leading to sell-out situations across the city, especially around the weekends,” said Weinberg. Other high-demand locations include Las Vegas, Los Angeles, and San Francisco.

One piece of data that didn’t match our experience was the shift in pickup locations; rental car companies have historically generated two-thirds of their revenue from airport locations, but as the demand in air travel declined, there’s been a corresponding shift to off-airport car rentals. “Off-airport pickups rose more than 15 percent since COVID-19’s arrival and have held steady since then,” said Devon Nagle, head of communications at Priceline.

A few other common patterns among multiple platforms include longer rental periods (up to 50 percent longer compared to last June, according to Priceline), more one-way trips, and specific types of vehicles, mainly minivans, full-size vans, and full-size SUVs. While any travel purpose can account for these patterns, it’s likely that people are booking longer rentals to drive farther distances (to places they might have otherwise flown) or to get a better deal. One-way rentals are likely for those who have decided to leave home and spend an extended amount of time somewhere else to live with family or to work remotely long-term, for example. The vehicle types could show the movement of entire families to a new location or the desire to have more space for longer leisure road trips.

"The remainder of 2020 is going to be a bumpy road for the rental companies as well as consumers," said Weinberg. Typically, rental car companies sell a substantial number of vehicles at the end of summer and then buy back for the holidays and spring. However, due to all the uncertainty that comes with COVID-19, rental companies could make errors in judgment about the timing or quantity of the latter stage, leading to potential long-term shortages. (Both Hertz and Avis Budget Group have stated that their fleets can accommodate any future upswings in demand.)

If you're planning to rent a car this year, use these tips to make your car rental experience smoother and hopefully a bit more affordable.