When Patagonia released its Micro Puff jacket in 2017, I knew this jacket was going to be game-changer. Numerous days spent backcountry skiing and hiking soon confirmed that this layer offered the perfect warmth-to-weight ratio compared to other jackets available at the time. And not just in my opinion — shortly after release, the jacket won several awards, elevating it to become one of Patagonia's most popular jackets, sharing the spotlight with the already-popular Nano Puff, which was first released about a decade ago.

Since then, both jackets have been updated to comprise more recycled and planet-friendly materials, and the latest versions are still both popular picks among shoppers. So which jacket is best for you? That depends on two main factors: how much you're willing to spend and how you'll use the jacket. Will it be a jacket you take around the city to stay warm during colder times of the year? Will you be packing it for hikes? Using it for ski touring or resort skiing?

Below, we compare each jacket for key attributes like warmth, durability, weight and packability, comfort, weatherproofness, and value.

The best jacket for you really depends on how you'll be using it. That said, we love the Micro Puff. The two most significant issues with the Micro Puff are durability and cost. But Patagonia improved the durability in the latest version with a new recycled nylon ripstop shell and liner. The price is still substantial, especially compared to similar products, but you can feel good knowing you've got a jacket with probably the best warmth-to-weight ratio on the market and one lighter on the planet than most. However, the Nano Puff is a solid option, especially if you do not want to spend as much on the Micro Puff or you're hard on jackets and want something more durable.

Read on for detailed testing insights of each Patagonia jacket. 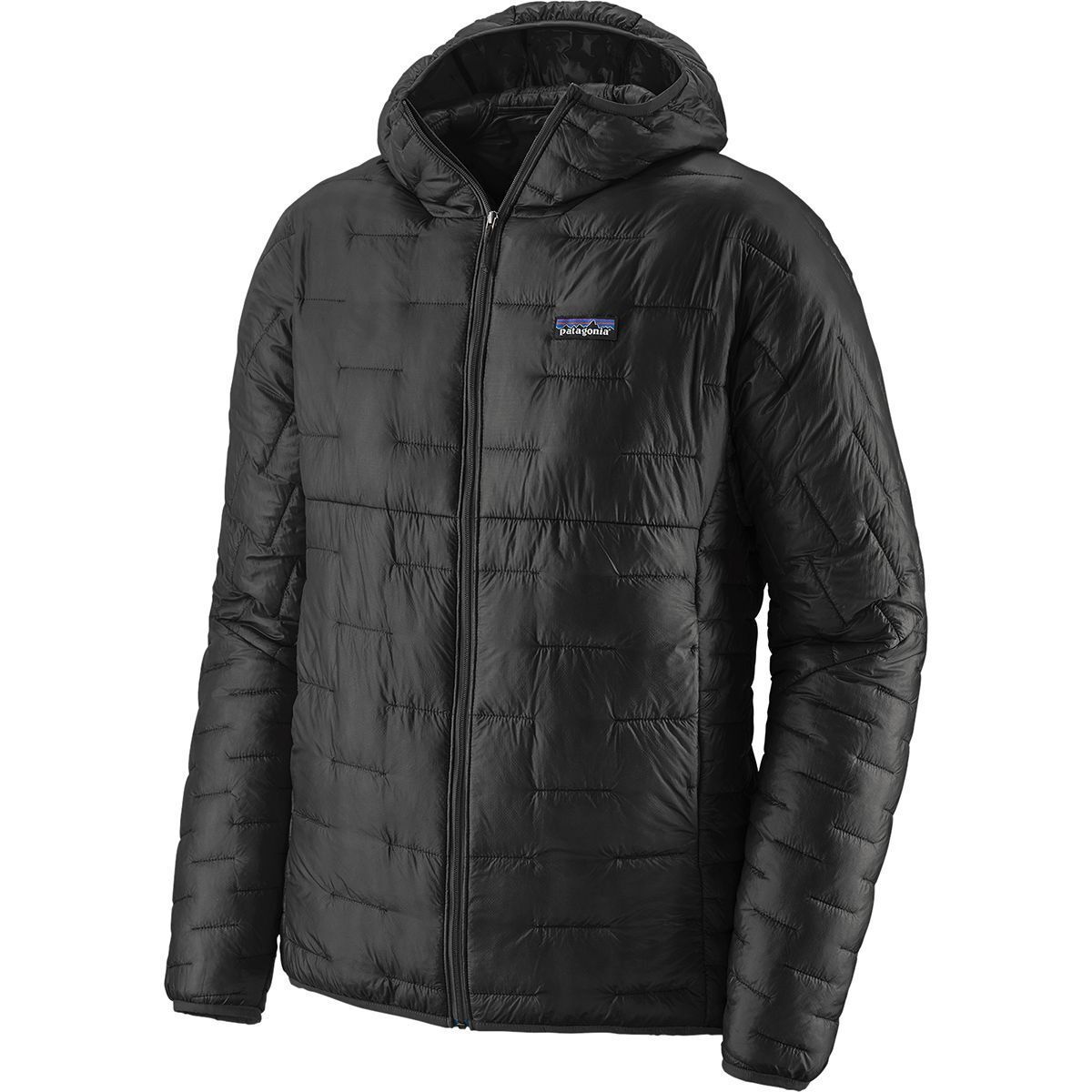 Who should buy this: Anyone willing to spend top dollar on an incredibly efficient, high-performing, insulated jacket. If you get cold easily, plan on packing this for sightseeing days, hiking trips, backcountry ski touring, skiing at the resort, or any other outdoor activity; this is an excellent option for you. This jacket excels in light and fast missions, and we found it particularly useful during dawn patrol hikes and paddleboarding sessions or something to stuff in the day pack for after-work and evening activities. 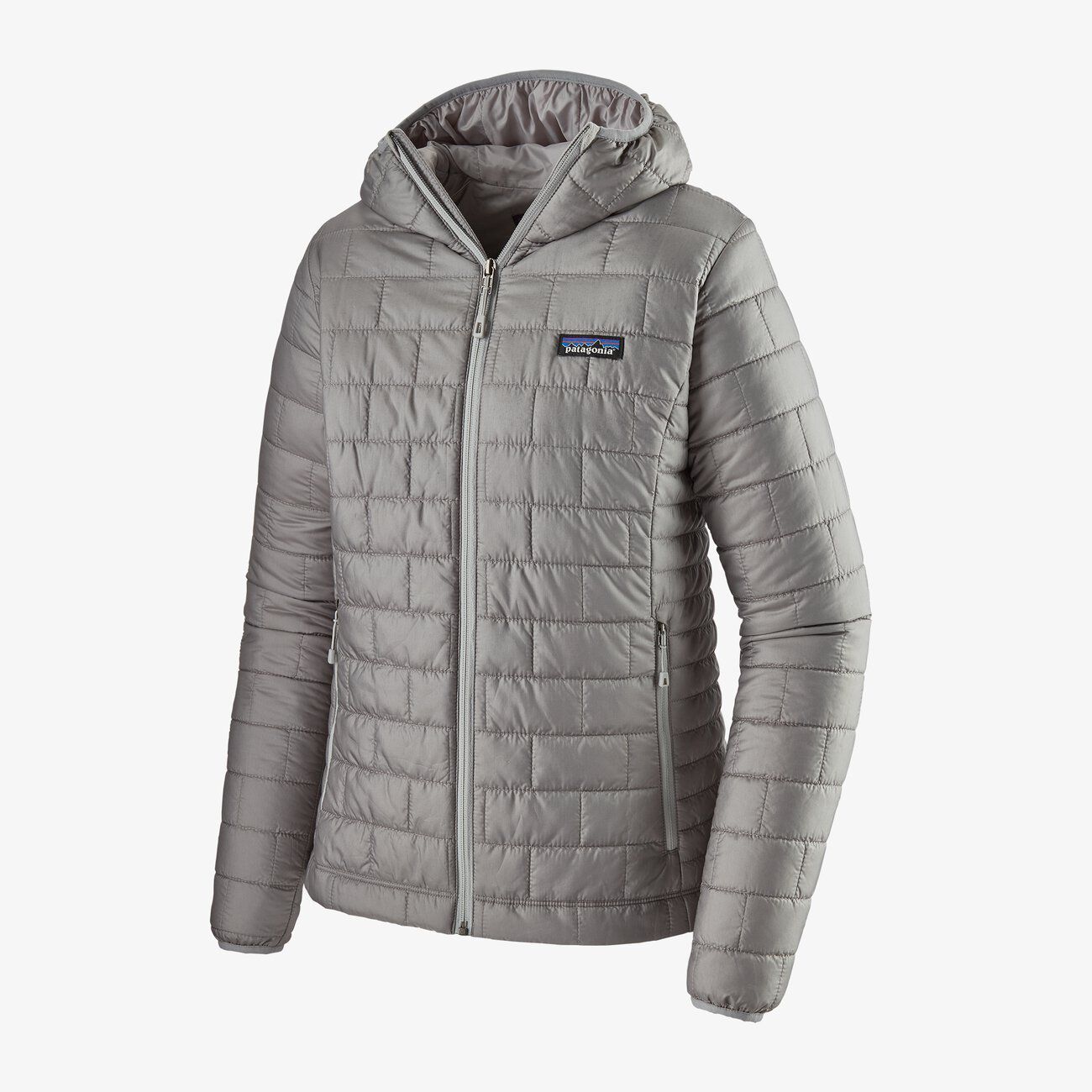 Who should buy this: Those looking for an insulated jacket that performs well on-trail and crosses over to the city, travel, and work. The Nano Puff has a look and feel that fits modern and urban wear a bit more than the Micro Puff. But because of its durability and warmth, this is also an ideal jacket for high alpine belaying and those a bit harder on their gear and outerwear.

Patagonia claims the Micro Puff is warmer than the Nano Puff, and we agree. (Although do note, there's no official warmth rating for either of these jackets or other insulated jackets, in general.) Neither of these jackets will replace your heaviest down or winter coat, but both are suitable as standalone jackets from around 40 degrees and up or as part of your layering system. The Micro Puff has heavier insulation with 65 grams of PlumaFill and different baffles, allowing the synthetic insulation to mimic down a bit better than the Nano Puff's 60 grams of PrimaLoft.

The Micro Puff is an excellent option to stuff in my pack for most outings. It recently served as a perfect piece to throw on after I got a bit too rowdy on a paddleboard and fell into the Pacific. I was able to take off my shirt and just throw the Micro Puff on with nothing else underneath to warm my body temperature quickly. It's also my go-to jacket for quick ski touring missions and is a boon on the skin track.

First, the Nano Puff simply has more durable materials. The 1.4-ounce 20-denier shell and 1.3-ounce 22-denier liner double to create a stronger outer layer than the Micro Puff's 0.8-ounce 10-denier shell. That said, neither jacket is overly durable and shouldn't be used where chances of abrasions will be frequent. But for normal outings, backpacking and hiking missions, and walking around town, both will do, with a bit of a nod towards the Nano Puff.

Patagonia created the Micro Puff to be a warm insulated jacket for fast and lightweight missions, and that's really where this jacket impresses. Anytime I'm looking to save weight—like backpacking or ski-touring—the Micro Puff has been and continues to be, my go-to layering and insulated jacket.

Neither jacket is going to be your bomber weatherproof layer. But both utilize synthetic insulation, which warms even when wet, and a PFC-free DWR coating that makes these jackets more weatherproof than most of their competitors, especially considering down will lose its warmth when wet.

We don't get a lot of rain in southern California, but both jackets have held up well to the hose spray test. The Micro Puff's Quantum Pertex outer is surprisingly good and should hold up, blocking up to moderate rain and moisture (again, why we like it as a packed layer for ski touring) and wind. And the Nano Puff's polyester ripstop shell and liner also shed moisture well while excelling in the wind.

In short: Both jackets have solid weatherproofing, especially considering their insulated construction and purpose.

While Patagonia improved the durability issues in the Micro Puff's previous model, it also increased the jacket's cost. Now, if you're looking for a highly sustainable jacket with incredible packability and a solid warmth-to-weight ratio, the Micro Puff is probably one of the best available on the market and still worth it.

But if you're looking for an everyday insulated jacket to take on hikes, to work, on the plane, or to the office, or cooler-weather bike commuting, it's tough to beat the Nano Puff. It's got a classic look and fit with solid warmth and is $50 less than the Micro Puff.

Nathan Allen is TripSavvy's Outdoor Gear Editor. Born and raised in the Midwest, he's now one of those Californians who those outside of California make fun of because he's wearing a puffy jacket when temperatures dip below 65 degrees. He's not ashamed. Nathan has owned versions of the Nano Puff and Micro Puff for five or more years. Besides the Micro Puff, Nathan also frequently dons Outdoor Research's SuperStrand LT, Orvis's Pro Insulated Jacket, and Outdoor Vitals' Vario Jacket.