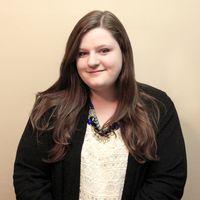 Met, Schmet. No need to travel to New York City to indulge in a little art and history. North Jersey is home to many exciting museums. Here are just a few.

The Montclair Art Museum is one of the country's first museums to specialize in collecting American art, and remains a leader in the collection of Native American art. The overall collection of the museum is at over 12,000 works, including pieces from Andy Warhol,  Edward Hopper, and Georgia O’Keeffe, to name a few. The MAM Art Truck, a mobile studio, serves up lessons and projects to the community at farmer's markets and festivals to raise awareness for the museum's Yard School of Art. MAM also doubles as an event space (and wedding venue!). What to see: Work and Leisure in American Art: Selected Works from the Collection, Basket Mania: Collecting Native American Basketry in the Late Victorian Era 3 South Mountain Ave., Montclair

Opened on August 2, 2015, the "Frank Sinatra: The Man, the Voice, and the Fans," exhibit celebrates the 100th birthday of Hoboken's native son. The exhibit will run until July 3, 2016. Hoboken Watercolor Paintings by Alex Morales will be on exhibit in the Upper Gallery until February 14, 2016. The museum features artist talks and events so check the website for details. Furthermore, there are various educational programs on offer for kids. One in particular we like for the Pre-K age group: the chance to dance to some of Frank Sinatra's songs after touring the exhibit. 1301 Hudson St.

The Morris Museum's origins began in 1913 at Morristown Neighborhood House as simple objects collected in a curio cabinet. Today, it's the third largest museum in the state, and the only museum in New Jersey with a professional theatre. What to see: New Jersey Collects: A Cabinet of Your Curiosities; Real Beauty: Uncovered; Mega Model Trains; Text Messages; see all exhibits here.