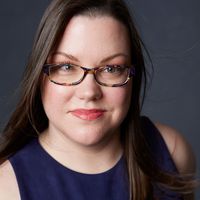 Taipei is already a lively metropolis in the daytime, but when the sun sets, the city is even more exciting: bars are packed with throngs of 20-somethings, night markets are bustling with families and friends seeking cheap eats, and nightclubs pulsate with music. Some spots such as the hot springs, KTVs, and Eslite bookstore are open 24/7, while others like the night markets, bars, and clubs are open until the wee hours of the morning. The Taipei Metro closes at midnight, but taxis and ridehailing services are plentiful. Taipei is a relatively safe city with low crime, making it easy to explore day and night. With so many options, you could easily go out every night, but everything is more 热闹 (rènào), or lively, on the weekends, with no two nights ever being the same.

Whether you want a laid-back lounge, rowdy sports bar, or ultra-hip mixology, Taipei has you covered. In the past decade, dozens of speakeasy-style bars have opened here, but amid the glitz and glam are classic bars, too.

Many of Taipei’s clubs are in or near Neo19 and ATT 4 FUN, shopping mall and entertainment complexes in Xinyi district near Taipei 101. While most clubs like Box Nightclub play EDM, there is a club spinning music for every type of clubber, including hip-hop at Chess; house and techno at B1; and Latin, reggaeton, and salsa at M Taipei.

The most popular late-night eats are at Taiwan’s night markets (including the tourist-friendly Shilin Night Market, the student-centric Shida Night Market, and local favorite Lehua Night Market), which provide miles of street stalls serving savory and sweet snacks. If you prefer a sit-down restaurant, Taipei offers a plethora of Western and Eastern options like N.Y. Bagels Cafe, an American-style diner which imports its bagels from New York (the Chengde Road location is open until midnight), and Citystar, which serves Hong Kong-style dim sum 24/7.

While many bars offer regularly scheduled live music, Taipei has several venues dedicated exclusively to such performances, including PIPE and The Wall. Located in a former water pumping station, PIPE hosts a variety of live music performances. Meanwhile, the basement-level The Wall features two stages and excellent acoustics, with live music—ranging from indie rock to techno—on the agenda nearly every night of the week.

If the bar and club scene isn’t for you, Taipei offers a multitude of alternatives, many of which are family-friendly.

There is a family-friendly festival worth seeking out nearly every month:

Tips for Going Out in Taipei