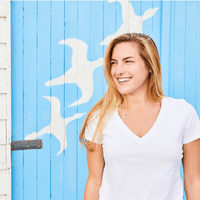 Marina is a freelance writer who began contributing to TripSavvy in 2019. She set off with a one-way ticket to Asia in 2017 and has been living and traveling abroad ever since.

Melbourne’s nightlife scene might not compete with those of other larger cities, but it does know how to have fun after dark. Bars and clubs stay open until about 1 a.m. or 4 a.m., and sometimes even 24 hours. Melbourne nightlife has a little bit of everything—hidden bars, rowdy pubs, swanky nightclubs, and live music venues. And then, of course, it has your reliable late-night food options and non-drinking activities.

As a traveler, navigating the nightlife in a foreign city can be confusing. Where do the locals go? Are there open container laws? We hear you. Here are a few bars, clubs, and live music options worth a squiz (Aussie slang for look).

Aussies know how to have a good time. (They also know how to drink.) There’s a lot of different types of bars in Melbourne, including cocktail bars, speakeasies, rooftop bars, karaoke bars, pubs, you name it. The only thing you really won’t find is traditional sports bars with football, basketball, or baseball playing on monitors across every inch of the pub. Televisions in Australian bars and restaurants are not very common. Instead, Aussies call pubs “hotels” (very confusing for a foreigner) where there might be two or three TVs playing cricket or rugby.

Where you want to have a good time depends on your mood, but you’re bound to find a great place to drink and meet a few locals while you’re there. Here are our picks.

Clubbing in Melbourne is really fun for visitors and locals. It’s a mix of an older and younger crowd (the drinking age is 18), and you can find all kinds of music styles, like electronic, R&B, or rock and roll. Here are the best of each.

The live music scene thrives in Melbourne. It’s a lure of attraction for locals and travelers alike. There’s a lot of promotion around Australian music and artists, so you’ll find heaps of venues that are proud to host Aussie bands, DJs, and rappers. Here are a few social spots for live music in Melbourne:

You don’t have to drink to have fun in Melbourne. There are plenty of non-drinking things to do throughout the city. Here are late-night activities that don’t involve booze.

Tips for Going Out at Night

Now that you know what to do after dark in Melbourne, we have a few more tips for going out at night.