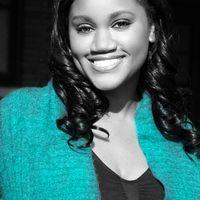 Tonya Abari is a classroom teacher-turned-intersectional freelance writer. She is originally from Maryland but is currently based in Nashville, Tennessee.

TripSavvy's editorial guidelines
In This Article

Nashville is known around the globe as Music City. And tourists come from near and far to partake in its bustling music scene. Home to the historic Ryman Theatre, Grand Ole Opry, and Country Music Hall of Fame, and the Ryman Auditorium, Nashville is now the epicenter of honoring the legacy of African American music. The museum welcomes visitors of all ages to engage in the history of Black music and culture in the United States. Whether you’re a connoisseur of jazz, R&B enthusiast, or want to learn about the roots of gospel—there’s something for everyone! If you want to appreciate African Americans’ contributions to music or learn about the untold histories of African American artists, you’ll want to include this museum on your Nashville itinerary. Here’s what you need to know ahead of your visit to the NMAAM.

History of the Museum

The Nashville Area Chamber of Commerce originally proposed the idea of the NAAMM in 2002. The task force first envisioned the museum to be a local initiative to highlight area music, culture, and art. But they soon realized that a project centered on African American music would have a major national appeal. NAAMM wanted to attract more diverse visitors from around the globe to experience this cultural music experience that wasn’t offered anywhere else in the country.

The original construction plans for the museum also entailed a location in North Nashville’s historic Jefferson Street—an area rich in Black history and culture spanning from the early 1800s to the Civil Rights Movement. However, it was determined that the NAAMM’s new location would reside at the heart of Music City on Fifth and Broadway, an already popular site for tourists from around the world.

When the NAAMM broke ground in 2017, the museum served the community with the “Museum Without Walls.” These are unique engagement programs—most of which were held virtually and in other locations throughout the city since there was no physical space. Construction was completed on the museum in 2020, but the opening to the general public was delayed until 2021 because of the pandemic.

What to See and Do

The National African American Museum of Music is home to many artifacts, objects, and memorabilia that illuminate Black music history and culture. Costumes, instruments, recording equipment, photographs, and original artwork are just a few examples of the types of artifacts used to tell the stories of many music genres created, influenced, or popularized by African Americans.

There’s so much to see at NAAMM! The museum’s permanent collection houses seven main exhibits: Roots Theater, Rivers of Rhythm Pathways, Wade in the Water, Crossroads, A Love Supreme, One Nation Under a Groove, and The Message. These themed collections cover Black music history and interactive film experiences from the early 1600s to the present.

The first exhibit is the Rivers of Rhythm corridor. Considered the “spine of the museum,” visitors learn about the growth of African American music. From the Golden Age of Gospel to Black influence in ragtime. Visitors can later see the streetwear of influential hip-hop artists and the turntables DJs used to hype up the crowd.

The suggested journey through the museum begins with a film in Roots Theater. The introductory presentation travels back to west and central African cultures before the institution of slavery. The film then highlights the Black experience through historical periods and music traditions such as spirituals, blues, jazz, R&B, and hip hop. Visitors can see how music inspired African American life – and how life inspired African Americans to create new music.

In addition to the museum’s gallery, the NAAMM hosts several events and programs for the community, including discussions, K-12 workshops, music industry networking events, artist interviews, masterclasses, and a music legends and heroes leadership program for high school students.

Fifth and Broadway is a popular tourist destination. According to Visit Music City, Nashville attracted slightly over 16 million visitors in 2019. Although those numbers have fluctuated due to the pandemic, numbers are expected to grow once safe traveling commences. The NAAMM is within striking distance of other attractions, such as the Convention Center, Bridgestone Arena, Frist Art Museum, and a host of local restaurants. A visit to the museum makes an excellent pairing with any of the other area attractions.

Currently, the museum is only open Saturdays and Sundays. It takes about 90 minutes to walk through the entire museum, but guests are encouraged to take as much time as they’d like. Self-guided tours run every half hour from 11 a.m. to 4:30 p.m. Visitors can purchase timed admission tickets online. And tickets range in price from $13.50 (Youth 7-17) to $24.95, with discounted rates for seniors and free admission for children under 7.

The National African American Museum of Music is located on Fifth and Broadway and can be accessed through public transportation, car, or foot. Depending on which direction you’re coming from, there are bus lines that stop near the museum. Use Nashville’s We Go Public Transit map to find the best bus route. Uber or taxi cabs are also frequently used modes of transportation in and around downtown Nashville.

For those who plan to drive, the NAAMM offers hourly parking as well as valet parking. But guests are also welcomed to park in and around the area using this map. Bicycle parking is also available within feet of the museum’s doors, and cyclists are encouraged to review Nashville’s Bicycle Guide before parking their bikes throughout the city.

You can also, of course, take a scenic walk to the museum. Stroll the historic shops on upper and lower Broadway, visit the Nashville Public Library, or enjoy a scoop of ice cream at Mike’s.

The National Museum of African American Music: A Complete Guide