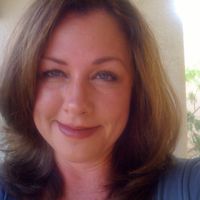 No other place in the world has the star-studded lineup of celebrity chefs found in Las Vegas. There are more than 40 all-stars in Sin City, showcasing their best dishes along a 4.3-mile stretch of Las Vegas Boulevard. Some specialize in steaks, while others lean toward seafood — but all come with a story. Here’s a look at 10 must-eat dishes in Las Vegas.

Chef Wolfgang Puck may have gotten his start in Beverly Hills, but his Las Vegas restaurants made him legendary. When he originally opened Spago at the Forum Shops at Caesars, he ushered in an era of celebrity chefs that continues to this day. In 2018, he moved Spago from the shopping mall to the Bellagio, complete with a view of the dancing fountains out front. Legend has it that Puck came up with his famous smoked salmon and caviar pizza after he ran out of bagels and swapped a pizza crust out. Now the dish is one of the mainstays on the menu more than 25 years later.

Not so long ago, real Kobe beef was difficult to the find. Sure, restaurants might call their beef Kobe, that marbled Wagyu beef from the Tajima strain of Japanese Black cattle, raised in Japan's Hyōgo Prefecture, but SW Steakhouse at Wynn Las Vegas was one of the first to serve the real deal in Las Vegas, with cuts of tenderloin, New York strip, rib-eye steak, or rib cap going for $240 for a four-ounce minimum. Diners looking for real Kobe can always ask to see the restaurant’s certificate of authenticity.

Back in 1942, The Last Frontier came up with a way to keep gamblers coming (and fed) without sacrificing wads of cash for a good meal. Prime rib went for $1.50, rolled out on a cart and served table side. The oldest steakhouse in Las Vegas, Golden Steer, still serves this Las Vegas favorite in three cuts: a 10-ounce English cut, 18-ounce Diamond Lil cut, and 24-ounce Diamond Jim Brady cut. The 60-year-old steakhouse is wrapped in history, outfitted with plush red leather booths that once hosted singer Frank Sinatra, actress Natalie Wood, jazz singer Nat "King" Cole, baseball great Joe DiMaggio, the King of Rock and Roll Elvis Presley, and race car driver Mario Andretti. Many of those booths are now marked with plagues denoting who typically sat there.

The Mediterranean fish house Costa Di Mare boasts that none of the seafood and fish served have ever been frozen. And that goes for the langoustines, a member of the lobster family, as well. How these little lobsters are sourced has always been a mystery to diners, with the secret purveyor in Italy only servicing 11 restaurants worldwide. Chef Mark LoRusso throws the live langoustines on a charcoal grill with little seasoning to retain the sweet flavor or poaches them in butter. Request one of the cabanas outside that sit in front of a lagoon with a view of the restaurant for a bit of privacy.

Chef Nobu Matsuhisa rose to fame once he teamed up with actor Robert DeNiro to open Nobu, first in Tribeca, and now with two locations in Las Vegas (and more worldwide from Malibu to Moscow). The Japanese chef spent time in South America, learning Nikkei cooking, which combines Japanese and Peruvian ingredients cooking styles. He created his famous yellowtail jalapeño dish for Nobu after an event when a lot of hamachi remained and he wanted to feed his staff. Jalapeño happened to be the only spice left. Matushisa uses the milder hamachi yellowtail that feeds on grain on fish farms to give the dish mild and spicy flavors.

The original Rao’s that opened in East Harlem in 1896 only has 10 tables, and it all depends on who you know if you want to get in. In Las Vegas, a table in the festive dining room —decorated with Christmas lights year-round — is far easier to get. The Caesars Palace restaurant features the Pellegrino family’s most famous dish: Meatballs, made with a mix of ground veal, beef, and pork, then nestled in marinara sauce.

Television personality Gordon Ramsay already has five restaurants in Las Vegas, but his original, Gordon Ramsay Steak at Paris Las Vegas, is where to go for the most authentic feel. A replica of the Chunnel ushers diners into a restaurant that features a Union Jack on the ceiling. The seven-year-old restaurant serves Ramsay’s beef Wellington, a filet wrapped with Parma ham and mushrooms inside a puff pastry. Add some sticky toffee pudding and a Scotch egg to start for the perfect Ramsay-approved meal.

Television personality Giada De Laurentiis chose Las Vegas as the first place to open a restaurant, and the location on the second floor of The Cromwell overlooks the busiest intersection in Nevada. She outfitted the place with a dining room that feels more like her living room, posters from her grandfather Dino DeLaurentiis’s films, and an antipasto bar at the front. A staple of her California-inspired Italian fare is lemon spaghetti, a dish she discovered during a trip to Siciliy. Made with olive oil, a little bit of garlic, lemon juice, lemon zest, parmesan cheese, and pasta water, the dish has since become the top-seller on her menu at Giada.

Joël Robuchon died in August 2018, but his legacy lives on at his two restaurants at the MGM Grand. The French chef known for his intricate dishes has roving carts of breads, mignardises, teas, and cognacs at his namesake restaurant set in an Art Deco townhouse draped in purples, and an open kitchen splashed in red where diners can watch the action at L’Atelier de Joël Robuchon. Both serve his pomme purée, a rendition of mashed potatoes that combines French butter, milk, and Yukon gold potatoes riced and combined slowly to obtain its silky texture and rich taste. Both restaurants serve it as a side with an entrée.

Chef Michael Mina has a romantic story to go along with his signature caviar dish at his eponymous restaurant at the Bellagio. Last year, his restaurant that sits on the edge of the Bellagio Conservatory and Botanical Gardens went through a renovation that added on a raw bar and revamped lounge reminiscent of a seaside village. Mina created his caviar parfait during his honeymoon in Hawaii. He wanted to make a breakfast for his wife, using ingredients he ordered from room service. Hash browns, egg salad, smoked salmon, whipped lemon crème fraîche, and caviar come together in his dish, which is served alongside a shot of Belvedere vodka.

The 15 Best Bars in Las Vegas
Was this page helpful?
Thanks for letting us know!
Tell us why!
Back to List