The Museum of Broadway

In 2020, it seemed difficult to believe that Broadway would ever return. After the pandemic forced all 41 Broadway theaters to dim their lights, as many as 87,000 jobs in New York City were lost overnight. The theater business—which relies on audience members experiencing productions in person, in the same room—flipped quickly from a staple of the New York City tourism industry to a giant question mark.

While Broadway continues to navigate the pandemic's aftermath, the industry's prior signs of life are alive and well. This year, Times Square foot traffic was reported at more than 85 percent of what was pre-pandemic, and theaters were filled to an average of 86 percent capacity during the first 16 weeks of the 2022-23 season, predominantly from out-of-town travelers. Broadway may not yet be on track to return to the record-breaking $1.829 billion in revenue it brought to New York City in the 2018-19 season, but its reincarnation is an achievement worth celebrating.

Another cause for celebration? The Museum of Broadway, the first permanent museum in the U.S. dedicated to the shows, stars, and stagecraft of American theater, just raised its curtains in the Big Apple last week.

Much like the shows it celebrates in its exhibitions, the pandemic challenged the museum's opening timeline with labor shortages and supply chain issues. After five years of development, the museum was ultimately able to stick the landing on its projected November opening, an arrival long overdue for a multi-billion-dollar industry that has brought more revenue to New York City than all New York and New Jersey professional sports teams combined.

Visitors who head to the new space, located in—where else?—New York City's Theater District, is first greeted by timeline walls that include hundreds of iconic images of Broadway shows and stars. Original concept designs for beloved shows like "Dreamgirls" and "Hadestown" highlight the pre-production thought process of heralded set designers.

Set pieces, costumes, and props from beloved shows like "Rent," "Cabaret," and "Hair" are ready for their close-up in a collection spanning years of shows ranging from New York City's very first Theater District productions in the 18th century to modern-day smash hits like "Hamilton." And for those always thinking about the next addition to their Playbill collection, the museum has dedicated temporary exhibition space to the artwork of Al Hirschfeld, entitled "The American Theatre as seen by Hirschfeld." Twenty-five of the artist's most iconic black ink drawings and prints will be on display—the same prints that inspired countless Playbills and Broadway posters throughout the 20th century.

Timed tickets to the museum begin at $39, with a portion of sales to be donated to Broadway Cares/Equity Fights AIDS, one of the industry's most recognizable philanthropic arms. One of the most anticipated museum openings this year, the museum is sure to be a welcome haven for those who believe the show must always go on. 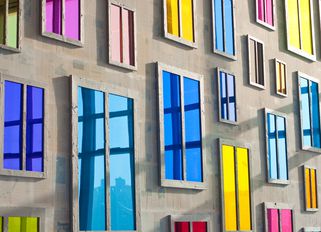