From New York to Singapore: A World Tour of Iconic Theaters and Opera Houses

Jessica Esa
Jessica has been a TripSavvy contributor since October 2019. She is a freelance travel writer and runs a translated literature and travel blog with her partner.
TripSavvy's editorial guidelines

If you're a fan of the arts or just iconic architecture, you'll want to check out some of the world's most beautiful theaters and opera houses. From Singapore to Spain, these iconic venues offer a unique cultural experience you won't find anywhere else. So if you're looking for an unforgettable travel experience, add one (or more!) of these stunning theaters and opera houses to your itinerary!

One of the most renowned theaters in the world, The Metropolitan Opera House in New York City is instantly recognizable with its series of five concrete arches and glass and bronze façade, designed by architect Jules Bouy in 1883. Built largely as a reaction to the elitism of the Academy of Music—New York's only opera house at the time—the Met's three tiers of private boxes were intended for high society and newly wealthy individuals. With a seating capacity of over 3,000, the opera house's lavishly decorated interior does not disappoint, with its gold and burgundy décor, suitably dramatic chandeliers, and a domed petal-shaped ceiling covered in gold leaves.

Esplanade – Theatres on the Bay

Built entirely on reclaimed land on Singapore's scenic Marina Bay, Esplanade – Theatres on the Bay is colloquially known as "the Durian" due to its resemblance to the popular fruit. The building houses two main theaters, the Concert Hall and the Drama Centre, along with several smaller performance spaces. Productions at the Esplanade aim to cut across cultures and genres, with 70 percent of all concerts, dance recitals, and theatrical shows free to enjoy. The dome-shaped interior plays with a geometric design, shadow, and acoustics for a full-sensory experience.

The Mariinsky Theatre in St. Petersburg is considered one of the most beautiful theaters in the world. Built in the early 1800s, it was designed by the architect Carlo Rossi in a neoclassical style as both a theater and a circus. Both the Mariinsky Ballet and Mariinsky Orchestra are based here, and the theater has seen some of the most famous names in classical music—including Tchaikovsky, Rachmaninoff, and Shostakovich—and ballet legends like Anna Pavlova. Today, the Mariinsky Theatre is a symbol of Russian culture and heritage and continues to be a popular St. Petersburg attraction.

Located in London’s bustling Covent Garden, the Royal Opera House—designed in 1946 by Sir Edward Lutyens—is both grand and elegant, with an operatic history that reaches back to 1732. The Royal Opera House is where visitors from across the globe come to see the Royal Opera and the Royal Ballet, two of the world’s leading performance groups. There is something for everyone to enjoy here, with an average of 150 shows per season featuring traditional opera, ballet productions, and new works from the world’s greatest artists.

Located in the heart of Buenos Aires, Teatro Colón—named after the Italian explorer Christopher Columbus, or "Cristobal Colón" in Spanish—is a world-famous opera house. Built in the late 19th century, shortly after Argentina won its independence from Spain, the theater has a capacity of 2,500 and is renowned for its excellent acoustics. Teatro Colón has welcomed some of the world's greatest opera singers, and today it remains an important cultural hub of the city. Visitors can tour the theater or enjoy a performance in one of its elegant boxes. With its spectacular architecture and rich history, Teatro Colón is a must-see for anyone visiting Buenos Aires.

An iconic Paris institution, this Neo-Baroque opera house was designed by architect Charles Garnier and completed in 1875. Lavishly decorated with marble, sculptures, and paintings, it has been featured in several films, including "The Phantom of the Opera," and puts on spectacular shows courtesy of the Paris Opera. In addition to being a place of art and culture, the Palais Garnier is steeped in history. Here, composer Giacomo Puccini saw his opera, "Tosca," performed for the first time, and dancer Isadora Duncan made her debut in Paris.

The Tokyo Metropolitan Theatre, designed by Yoshinobu Ashihara, is among Asia's largest theaters—and a visually striking one at that. Home to the Tokyo Metropolitan Symphony Orchestra, the theater opened in 1966 and hosts opera, dance, drama, and other performances from Japan and abroad. A notable example of modern architecture, the theater features a sleek, modern design with clean lines and a beautiful glass façade. Fun fact: The theater boasts one of the world's largest pipe organs!

The Vienna State Opera is one of the world's most prestigious and oldest opera houses and is where the Vienna Philharmonic Orchestra is based. Inaugurated in 1869 with a performance of Mozart's "The Marriage of Figaro," the Vienna State Opera is known for its widely-celebrated operatic performers and productions. To this day, it attracts visitors from all over the world who come to experience world-class performances or admire its Renaissance-style arches, veranda, and grand statues. Consider signing up for a 40-minute guided tour to learn more about this historic institution.

The Gran Teatre del Liceu, located in Barcelona, Spain, is one of the world's leading opera houses and is well worth a visit for any music lover. Founded in 1847, the Liceu has a long and rich history, where famous opera singers Jaume Aragall, Maria Caniglia, and Giulietta Simionato have performed. Today, the Liceu is home to two orchestras and a chorus, presenting various operas, ballets, and concerts each season. The theater also has a museum, which documents its history and features many treasures from its past.

The Teatro Amazonas, located in Manaus, Brazil, is a stunning piece of architecture located in the heart of the Amazon Rainforest. Constructed in the late 19th century, at the height of the rubber boom, the theater is a masterpiece of Neo-Baroque style, with an intricate exterior and lavish interior. One of the city's main cultural landmarks, Teatro Amazonas is an excellent place to enjoy operas, ballets, and other classical performances while in town. Visitors are encouraged to tour the three-story building to explore the backstage and admire the stained-glass dome.

San Francisco's War Memorial Opera House is one of the most iconic buildings in the city. Established in 1923, it was designed by architect William Pereira in the Art Deco style. Some of the greatest opera singers of all time, including Placido Domingo and Renee Fleming, have performed here. The exterior of the building is covered in white terra cotta tiles, and its sweeping lines give it a graceful appearance. The opera house's interior is just as impressive, with a soaring atrium and grand marble staircase. The main auditorium has over 2,700 seats, and its acoustics are considered some of the best in the world.

Located in Sydney Harbor, this popular tourist attraction is an iconic symbol of Australia, a UNESCO World Heritage Site, and perhaps one of the most outstanding examples of modern architecture. Designed by Danish architect Jørn Utzon, the Opera House was completed in 1973 and sees more than 1,500 performances each year, ranging from opera to ballet and theater. It is also home to the Sydney Symphony Orchestra and the Australian Chamber Orchestra.

From New York to Singapore: A World Tour of Iconic Theaters and Opera Houses 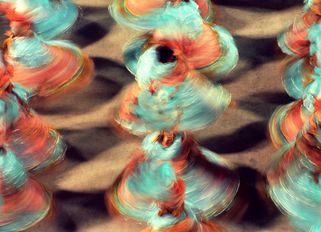