The 10 Most Beautiful Bookstores in the World

A bookstore can say a lot about the destination it's in. Featuring architecture that sometimes reveals a piece of history, carrying titles that cover the surrounding region, and hosting events that bring the local community together, bookshops hold a whole lot of culture in more ways than one. And, books notwithstanding, the design of a bookstore can offer an additional stopping point on any aesthete's quest to discover ultra-gorgeous architecture everywhere they go. Read on to uncover the most beautiful bookstores across the globe—maybe you'll pick up the perfect souvenir to remember your trip by.

Widely regarded as the most beautiful bookstore in the world, the neo-Gothic Livraria Lello in Porto, Portugal, more than deserves its reputation. Designed by engineer Francisco Xavier Esteves and opened by brothers José and António Lello in 1906, Livraria Lello’s intricate wood carvings, red spiral staircase, and stained-glass ceiling inscribed with the brothers’ motto “Decus in Labore” (“honor in labor”) look straight out of Harry Potter—and rightfully so. Author J.K. Rowling lived and worked in Porto in the early ‘90s, and her frequent trips to the bookshop are thought to be the aesthetic inspiration for Hogwarts and Diagon Alley’s Flourish and Botts.

A bookstore that's mostly under cover of darkness might sound strange and impractical, but hear us out. Wuguan Books in Kaohsiung, Taiwan, boasts more than 400 visually arresting titles, each book individually lit like a beacon, beckoning readers to peruse its pages. Small tables throughout the space have little lamps where you can read a chapter or two before you buy, and carpeted flooring and bans on flashes help create a serene environment to settle in undisturbed. Designed by Chu Chih-Kang, the award-winning architect behind Chengdu, China's Fangsuo Bookstore, you must be 18 and up to enter.

Boasting more than 20 bookshops, Hay-on-Wye should undoubtedly be on any literary lover’s travel radar—and while it’s impossible to say which of the bookstores is “the best” in town, Addyman Books is arguably one of the more beautiful. Open since 1987, Addyman Books stands out for its bright blue-painted archways, each featuring an array of books, the crème de la crème of which is a top-to-bottom display of Penguin classics. Check out Addyman’s adjacent outdoor “Book Passage”—where you’ll find good reads for a pound—along with its two other locations: Murder and Mayhem, which specializes in mysteries and detective novels, and The Addyman Annexe.

El Ateneo has several brick-and-mortar locations throughout Buenos Aires, but it's the one in Grand Splendid that has people the world over singing its praises. First opened as a performing arts theater in 1919, the Grand Splendid, designed by architects Peró and Torres Armengol, still retains some of its original, 20th-century details—think velvety red curtains, theater boxes with ornamented trimmings, and a fresco by Italian-Argentine artist Nazzareno Orlandi on El Ateneo's central dome. Marvel at the interior, browse books in both Spanish and English and grab a cup of coffee and a pastry on the stage, where Argentinian tango artists like Carlos Gardel and Francisco Canaro used to perform.

Located in the town of Montague in Western Massachusetts, about 90 minutes west of Boston, the Montague Bookmill takes up residence in a gristmill dating back to 1842. Now listed on the National Register of Historic Places, this used bookstore is a cozy place to while away a morning or afternoon, holing up in one of its overstuffed chairs or looking out at the Sawmill River. When you need to stretch your legs, the greater Montague Bookmill complex features an art gallery and music store that you can peruse, as well as a café and pub where you can grab a cup of coffee. Plan your trip in the first half of October, when the surrounding autumn leaves add a burst of color to what’s already a beautiful New England view.

What do you do when your bookstore lives in a flood-prone city? You place your wares in bathtubs, waterproof bins, canoes, and even a gondola, of course. Venice's Libreria Acqua Alta, which translates to "High Water Bookshop" in Italian, accepts the inevitable deluges with charm; in addition to its creative use of shelving, it has a "fire exit" that opens directly onto a canal and a courtyard whose walls are essentially made of books. Head out back, climb the staircase—which consists of ruined novels and outdated textbooks—and take in the picturesque views over the canal.

Operated by Housing Works, Inc—a non-profit dedicated to ending AIDS and homelessness—this secondhand bookshop and café in New York City's Soho neighborhood may look familiar if you’ve ever seen Taylor Swift’s 10-minute “All Too Well” music video. And once you step inside, you’ll immediately understand why it served as a filming location for one of the biggest musical artists of all time. Its mahogany balconies and spiral staircase, and twinkly fairy lights lend a dark academic vibe that any wordsmith will feel right at home in, while its staff—which is mostly made up of volunteers—are very welcoming and knowledgable. Plus, 100 percent of Housing Works’ profits go towards providing services like housing, job training, and healthcare to those with HIV or AIDS.

Constructed in 1903 as a bank, the 10,000-square-foot building that houses Bucharest's Cărturești Carusel has a fascinating history, having fallen into Communist hands in the '50s and operating as a general store throughout their regime. Following the collapse of Communism, it stood abandoned for decades, although a lengthy court battle resulted in its return to the original owner's family in 2007. After undergoing a five-year restoration, the building reopened as a bookstore, whose name translates to "Carousel of Light." Featuring a grand, white interior with ornate columns, visitors will find more than 10,000 books spread across five floors and a sixth-floor bistro that provides a perfect perch for people-watching.

Atlantis Books' origin story is just as romantic as you'd expect from a seaside bookstore perched on a cliff in Santorini's Oia village. In what feels like the plot of your favorite rom-com, the idea to open the island's first bookshop came from two American college students who fell in love with Santorini during a week-long vacation in 2002, eventually packing up their friends (and a car full of books) and driving from London to make their dream a reality. Today, visitors to Atlantis Books will find a genuinely charming locale where new and used books are available for purchase, bookshelves hide lofted beds for staff members to turn in for the night, and a terrace boasts picture-perfect views of the Aegean Sea.

You've probably seen this downtown Los Angeles institution take over your Instagram—and indeed, its porthole of books, "flying" novels, and iconic book tunnel seem ready-made for social media. Housed in a hundred-year-old bank building, The Last Bookstore is one of L.A.'s coolest, with a labyrinth of some 250,000 used and new titles that are easy to get lost in and a quirky décor—think mammoth heads and a Vault of Horror—that's one for, well, the books. In addition to bibliophile finds, the 22,000-square-foot space is home to five art studios, a record store, and a yarn shop, so you can easily make a whole day of it. Don't leave without checking out the annex, filled with rare books and first editions, or the massive graphic novel collection.

The 10 Most Beautiful Bookstores in the World 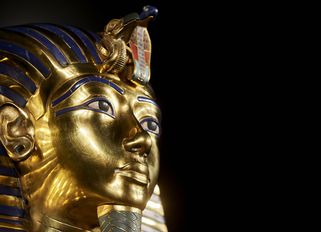