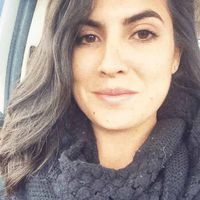 Allison Ramirez
Allison is a writer from South Florida with over 10 years of experience who has been contributing to TripSavvy since 2018.
TripSavvy's editorial guidelines
Jillian Dara

Public transportation in Miami is growing by the year, and with a few different options throughout the Magic City, you’ll be sure to find the one that’s right for getting from Point A to Point B on your trip, no matter how long or short it is. Although the city is still lacking quite a bit compared to other big U.S. cities, it is still possible to get from one place to another and back without having to rent a car or attempt your journey on foot.

How to Ride the Metrorail

Miami’s 25-mile, dual-track takes to you Miami International Airport and runs from Medley in northwest Miami-Dade to Pinecrest with connections to Broward and Palm Beach counties. The Metrorail operates seven days a week from 5 a.m. to midnight, daily, and has a place for you to store your bikes at stations and onboard the trains. WiFi is available on most trains.

How to Ride the Metrobus

Miami Metrobus serves various areas throughout the city including Miami Beach, Key Biscayne, West Miami-Dade, Broward County, Homestead, Florida City, and the Middle Keys. Buses, like the Metrorail, are equipped with bike racks and there is free WiFi available.

This free (yes, free) mass transit automated people mover is operated by Miami-Dade Transit and serves the downtown area including Brickell, Park West, and the Arts & Entertainment District neighborhoods. It operates seven days a week at no cost from 5 a.m. to midnight and will get you to and from major destinations like American Airlines Arena, Bayside Marketplace, Miami-Dade College, and the Miami-Dade County School Board.

The City of Miami has a free trolley with routes throughout Little Havana, Coconut Grove, Wynwood, Coral Way, Brickell, Allapattah and more. For information about the schedule, planned detours, or maps visit the Miami Government's page on the Trolley's website.

Miami is not really known as a bike-friendly city; it’s actually listed as one of the most dangerous city to bike in the U.S. If you do want to ride, though, do it as a way to see the scenery. Some great places to bike in Miami include South Pointe Park and Pier, Amelia Earhart Park and Everglades National Park. Always wear a helmet and take extra precautions if you plan to bike at night or somewhere like Rickenbacker Causeway or any other bridges or causeways.

You can pick up a car at Miami International Airport and drop it off there again before your departure. There are other car rental locations spread out around town. If you don’t need a car for the duration of your trip, but just a few days, you can reserve one in the Miami Beach area or near the downtown/Midtown neighborhoods. Parking in Miami is a breeze, but if you’ll be staying at a hotel, make sure to check their valet and parking fees ahead of time. There is also an app called Getaround, which allows you to rent a local’s car for the day or just a few hours at a reasonable price. With this particular app, you can reserve a car nearby (often in walking distance) within minutes. The car unlocks and locks again with the app, which requires you to inspect for any bumps or scratches and take a photo of the gas level at pickup (and dropoff). As long as you leave the car with the same amount of gas it had at pickup, you should be fine; otherwise, you might be charged to refill the tank.

Tips for Getting Around Miami