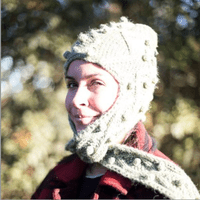 Agnes Rivera
Agnes Rivera is an English teacher, editor, translator, and freelance writer who has been living in and writing about Peru since 2012. She has been contributing to TripSavvy since 2019.
TripSavvy's editorial guidelines
In This Article

Traffic in Lima is notorious for its chaotic nature due to a general disregard by local drivers to the rules and regulations of the road as well as the sheer number of commuters in a city of nearly 10 million inhabitants. For such a large city, Lima still has many kinks to work out in terms of making transit services user-friendly for tourists, as bus stops are not always clearly marked nor display set schedules and taxi drivers continue to see foreigners as easy targets for over-priced fares.

Let the following guide to public transportation in Lima help you get around the city safely and efficiently so that you can enjoy the best of every district during your stay.

How to Ride Buses in Lima

Multi-colored and of various sizes and models, city buses are the most common form of public transport in Lima. The main upside of riding a bus in the capital city is the incredibly cheap fare. For 4 Peruvian soles (less than U.S. $1), passengers can commute from one end of the city to the other. While they're slower than taxis, buses can also give visitors a chance to see more of the city and, if lucky, catch some performances as street musicians and singers will often hop on board, hoping to make a bit of money.

The downside? Public buses make frequent stops along routes that follow the main avenues which, considering the number of drivers in Lima, are often congested. This means that a 3-mile bus ride from Larco Museum in Pueblo Libre, a western district, to MALI (Lima Art Museum) in the historic center can take an hour without heavy traffic. In short, if time is on your side, budget is an issue, and distances are kept moderately short, public buses are your best bet for getting around Lima like a local.

Navigating the bus system in Lima can be intimidating for new arrivals to the city (and even some locals) precisely because there is no system: set schedules and routes are nowhere to be found. So how to find the bus that will take you where you want to go? Get chummy with locals waiting at paraderos (bus stops that are typically marked with blue signs that read paradero) or listen for the cobradores (usually an assistant to the bus driver, helping collect fares) shout out their routes as they pull up to each stop. Though most buses are painted with the street names they pass through, this is not always a reliable way to select a bus as the routes can often.

Once you’ve boarded the right bus, payment must be made upfront and in Peruvian soles (preferably the exact amount so as to save the driver time). Seating is first come first serve, and during the busiest traffic hours (7 a.m. to 10 a.m. and 5 p.m. to 8 p.m.) be prepared to have to stand. When your destination is in sight, tell the driver “baja paradero por favor” (off at bus stop, please).

Taxi rides in Lima are far more costly than taking the bus but they are relatively cheap when compared to taxis in the U.S. or Europe. They are also a more efficient means of transportation, with the ability to weave in and out of traffic and take side streets typically avoided by buses. Considering that, taxis are an ideal form of transport in Lima for travelers who want to pack as much as they can in one day.

Taxis can be hailed from the street though it is recommended to use ride-hailing apps (Uber and Beat being the most popular) for safety and any possible language barriers, as well as consistent pricing. Unfortunately, local taxi drivers tend to up their rates the moment they realize their passengers are foreign making a ride-hailing service more appealing.

Airport-specific shuttles are available in Lima and are particularly ideal for those with late-night or early morning flights. Private services can be organized through Gringo Taxi or QuickLlama, both of which have vans to accommodate large groups and/or numerous pieces of luggage. The latter company is great for those staying in the Miraflores district as they also offer a shared shuttle service with lower fares. It takes off from and drops off in tourist-friendly Miraflores district.

Cross-country buses are an economical way to travel outside of Lima—and for small provinces in the jungle and highlands, interregional buses are the only means of arrival. Lima does not have a central terminal for coach buses and the agencies are quite spread out, so do any price comparisons online. Reputable companies offering standard bus services include Cruz del Sur, Oltursa, and Movil Tours. For a flexible and scenic tour of southern Peru, check out PeruHop.

Biking from district to district in Lima is an extremely scenic way to move around, especially in more touristy neighborhoods such as Miraflores, San Isidro, and Barranco. These districts have bike lanes and bike racks distributed throughout to make it safer to hop on and off between coffee shops, restaurants, and archaeological sites. There is even a beautiful paved path with ocean views along the Costa Verde, a section of Lima’s coastal highway.

The city recently implemented a bike rental program, City Bike Lima, and has stations scattered throughout the city. Before renting a bike riders must download the app and register.

Keep in mind that bike culture is relatively new in the city and drivers are not always respectful or aware of cyclists. Be sure to take extra caution when crossing intersections or riding alongside heavy traffic.

Car rentals are available in the city but it is strongly discouraged for those with no prior driving experience in Peru. The reasons why will become clear once you’ve spent a full day in Lima, witnessing the driving behavior of locals and lack of traffic control. Whatsmore, renting a car in Lima is preposterously expensive.

Tips for Getting Around Lima