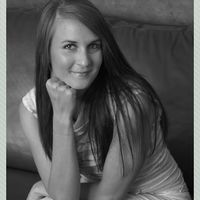 Tara Zirker
Tara Zirker is a freelance writer and author who lived and studied in Hawaii. Her work has appeared in Honolulu Magazine and Hawaii Business Magazine.
Tripsavvy's Editorial Guidelines
Tara Zirker

Kalihi is a region of Honolulu, Hawaii, on the island of O'ahu. If you are planning a trip to Honolulu or considering moving to the Kalihi neighborhood, here is a closer look at the area.

Kalihi is close to downtown and the airport. The neighbors can be close-knit (as long as you're on their good side). It's one of the most diverse areas of O'ahu. The easy access via public transportation and lower cost of living are also drawn for businesses in the area.

Kalihi also has Saturday markets in the Kalihi Elementary parking lot, little vegetable sidewalk sales that crop up from time to time (think: a mini garage sale with produce) and the frequent waft of delicious (or interesting) things cooking all the way up and down the block.

Kalihi is purported to be one of the least safe neighborhoods on O'ahu. The bad rap that the neighborhood carries is due to crime.

The history of Kalihi is also colorful. Kalihi has a history of a large population of roosters that were raised for cockfighting. Kalihi Valley is split by the Likelike Highway, with Honolulu to the east and Salt Lake to the west. The neighborhood once housed leprosy receiving station, where suspected leprosy patients were triaged before going to Kalaupapa on the island of Molokai. During the early development of Honolulu, Kalihi was also a neighborhood notorious for prostitution.

Since then, the city has worked to make Kalihi more family-friendly and wholesomely prosperous. Though the neighborhood is not without its challenges, it is one of the most economical areas on the island and can provide a positive experience.

The Kalihi neighborhood of Honolulu is mostly comprised of hard-working families with a great sense of community. The median household income here is much lower than Hawaii's overall. The Kalihi-Palama area has twice as many people living below the poverty level as Hawaii's average, according to City-Data.com.

The majority of the population identifies with Asian ancestry. Tagalog is a hugely important language here, and many Kalihi residents speak it as their primary language. About 19 percent of the residents don't speak English well or at all, City-Data.com says. This is significantly higher than throughout Hawaii (4.7 percent).

A high population of children, according to City-Data.com, equates to several elementary schools and brings a youthful feel to the neighborhood.

Due to Kalihi's somewhat rural and uninhabited sections, the population density is reported to be less than Hawaii's average.

The median rent in Kalihi-Palama was $865 in 2015, compared to the Hawaii average of $1,361. Kalihi is home to many bargains, and great deals can be found on both apartments (where you'll also get more square footage for your buck) and rentals.