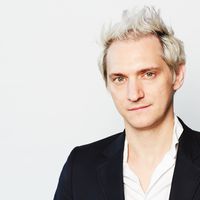 Recently, JetBlue—long loved for its cheap fares domestically and to the Caribbean—announced plans to fly from New York’s John F. Kennedy International Airport to London Gatwick, coming on the heels of its inaugural JFK to Heathrow flight back in August, a first for the airline.  On Oct. 28, 2021, the first flight to its newest London hub departed from JFK’s Terminal 5 following a ribbon-cutting ceremony and press conference, along with London-themed treats and tea. In addition to some upgrades to the beloved economy-class service, the new route also offer JetBlue’s acclaimed business class offering, Mint Suites and Studio, but is it enough to cut into the market share of an already competitive route? Here's how Mint Suite fares as JetBlue looks to cut into the transatlantic competition.

Unfortunately, JetBlue does not have a lounge at Terminal 5 in JFK, though they do have a rooftop terrace. While not a lounge, it does offer travelers an opportunity to grab some fresh air before their transatlantic flight. During my visit, the gate was decorated for the occasion with London landmarks and there was a festive mood throughout the terminal.


There are a total of 24 business class Studio and Suite seats in a 1-1 configuration onboard JetBlue’s new Airbus A321LR, and they offered plenty of room for an overnight flight.

The seat itself features Tuft & Needle adaptive foam technology, offering both a comfortable seat and a good night’s sleep while in lie-flat mode. The seat is fully adjustable from upright all the way to lie flat, and there is no shortage of legroom whether sleeping or just lounging while watching a movie.

The studio comes equipped with a sliding door for additional privacy, though I never felt the need to use mine. Someone did come around to close it after I had gone to sleep, however.

Next to the seat is a touch-screen with controls for adjusting the incline of the seat, as well as lighting controls, a call button, and a “Do Not Disturb” button. With the panel placement, I did find myself accidentally leaning the seat back at times when my arm was resting though I am not sure if this would be an issue for many.

Under the TV was a tray that pulled out to store devices and other small objects, which came in handy for storing glasses.

There is plenty to love about the suite’s in-flight entertainment options. The 17-inch TV is mounted onto the suite wall and can swivel out and up and down for a perfect viewing angle. The cabin also comes equipped with a pair of noise-canceling Master & Dynamic headphones, a Tuft & Needle pillow and blanket set, and a few other goodies like a welcome kit that included a Goop-branded immunity chew and electrolyte mixture. The kit also includes a packet of caffeine, a face cream, and lip balm. These all proved vital during the flight—except for the caffeine packet, which I held onto for dealing with jetlag while touring London. The seat also included a small kit with an eye mask, earplugs, and a pre-pasted toothbrush, which I didn’t personally find very effective.

To the left of your seat is a wireless charging pad. Some may find this helpful, but I just plugged my phone into the outlet and let my phone rest in the small compartment nearby.

As for the actual entertainment, there was a wide variety of movies and TV shows included, with a large selection of newer releases and a few games for those interested. It was notable that there were no music offerings, especially with such excellent headphones included in the cabin. I don’t mind putting some on at times when I am falling asleep.  One of the most significant amenities is the free Wi-Fi available for the flight duration, with access available from the moment you board until you touch down, with very limited interruptions mid-flight. Unlike other carriers, the Wi-Fi was strong enough to browse Instagram, watch short videos, and send and receive photos.

Once in the air, Mint flyers are treated to an in-flight meal from Pasquale Jones, a lower Manhattan hotspot known for its wood-fired food and an extensive wine list.

Flyers are presented with a menu of five items and asked to select three for dinner—I had panzanella, roasted chicken, and pork shoulder, all of which came out plated similarly to how you would expect it to at the restaurant. Adding an extra layer of customization, the dinner comes with olive oil, Maldon salt, and chili oil to give it some added flavor and spice, should you desire. You can also choose between several red and white wines, as well as a dessert wine to pair with. There's also a curated cocktail menu available, natch.

For passengers who like to sleep right away, JetBlue also offers a Shut-Eye Menu consisting of panzanella, farro salad, roasted chicken, and gelato that is served straight away before standard in-flight service begins. Breakfast service includes a similarly customizable menu, as well as coffee, espresso, and tea options. Should you want to continue to sleep, a to-go breakfast box can be supplied as well.

Given that this was the inaugural flight to Gatwick, the flight crew was in extremely high spirits and on top of their game, with attendants coming through before pre-departure drink in hand offering a personalized greeting to each passenger. Shortly after being airborne, the crew came around to take our dinner orders and offer us a pre-dinner cocktail. Service throughout was quick, friendly, and efficient.

For the price point that JetBlue is offering, the Mint Studios will represent a tremendous value to those international travelers to London. At a little less than $2,000 round trip for their lie-flat business class offering, JetBlue is poised to dramatically shake up the New York-London market, and the legacy carriers may find themselves having to either adapt or lower fares to keep up. The food and beverage options alone are unrivaled on many U.S carriers at the moment, and the ultra-comfortable Tuft and Needle seats provide the best transatlantic sleep I’ve had in quite a while.

JetBlue Paves the Way to Sustainable Aviation with Carbon Neutrality
Was this page helpful?
Thanks for letting us know!
Tell us why!