My flight from Shanghai to San Francisco was canceled. The next flight out was 24 hours later. As I was standing on the curb outside the airport, trying to breathe through the outrageous July humidity, another traveler walked up to me and asked how I liked the Hydro Flask in my grip. "I'm a Nalgene guy, but I've been loving it," I told him, explaining my partner got it for me as a gift.

He introduced himself as Scott Allan, the CEO of Hydro Flask at the time. (I'm grateful I actually did like the Hydro Flask water bottle.) Allan was on a work trip with his head of supply chain and trying to travel back to Bend, Oregon, where Hydro Flask is still based. The three of us chatted about Hydro Flask on our hour-long bus ride to the hotel where United was putting us up for the night. We agreed to meet for dinner, where we swapped stories over food and beers.

I've been a Hydro Flask fan ever since. Excellent products and seemingly approachable and friendly leadership. What more could a millennial want from a capitalistic entity?

But then I tried YETI's Rambler insulated bottle. And my loyalty to Hydro Flask is being seriously tested. We also put the Rambler and Hydro Flask's Standard Mouth bottle in a recent lab test—along with 24 other water bottles. We tested for drinkability, seal, portability, insulation, durability, and value. Read on to see how the YETI Rambler and Hydro Flask Standard Mouth bottle compare in our head-to-head matchup.

We love both of these insulated water bottles. But in the head-to-head matchup, we give the nod to YETI's Rambler. It kept ice water colder for longer and has some extreme durability. However, our testers better preferred the Hydro Flask Standard Mouth Bottle's portability and size. Both bottles tested well for seal, drinkability, and overall value.

Read on for detailed testing insights in each category for which we tested. 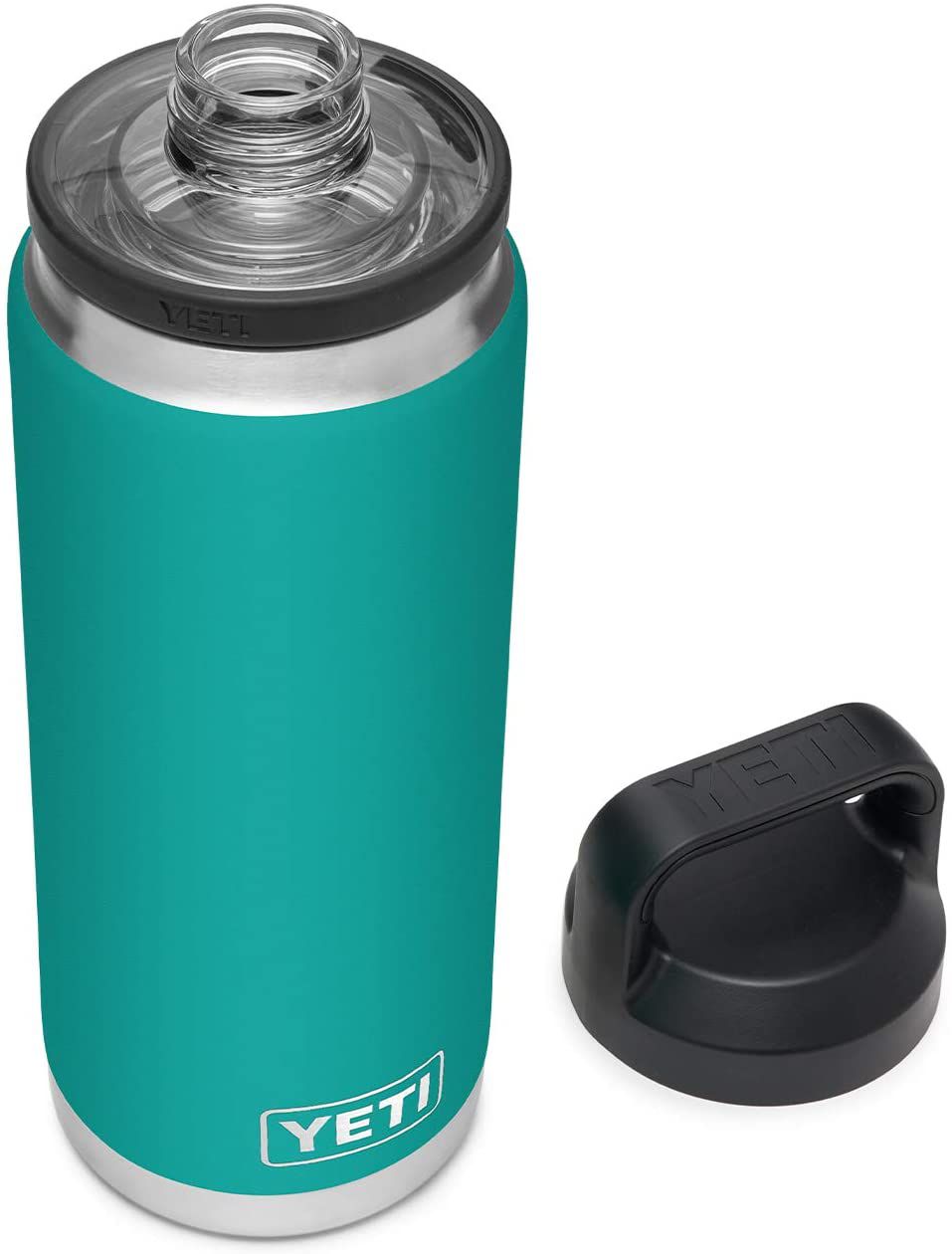 View On Amazon View On Dick's View On Academy.com

Who should buy this: YETI's Rambler is for anyone looking for a high-quality insulated water bottle. It would also make an excellent gift since it is a bit spendy. In particular, this is good for anyone looking for a highly durable bottle that will keep your cold drinks cool and hot drinks warm for very long periods. It's not the lightest bottle, so we don't see it as something for someone carrying the bottle long distances. But for people working outside, driving long distances, or desk workers like us, this is an awesome bottle. 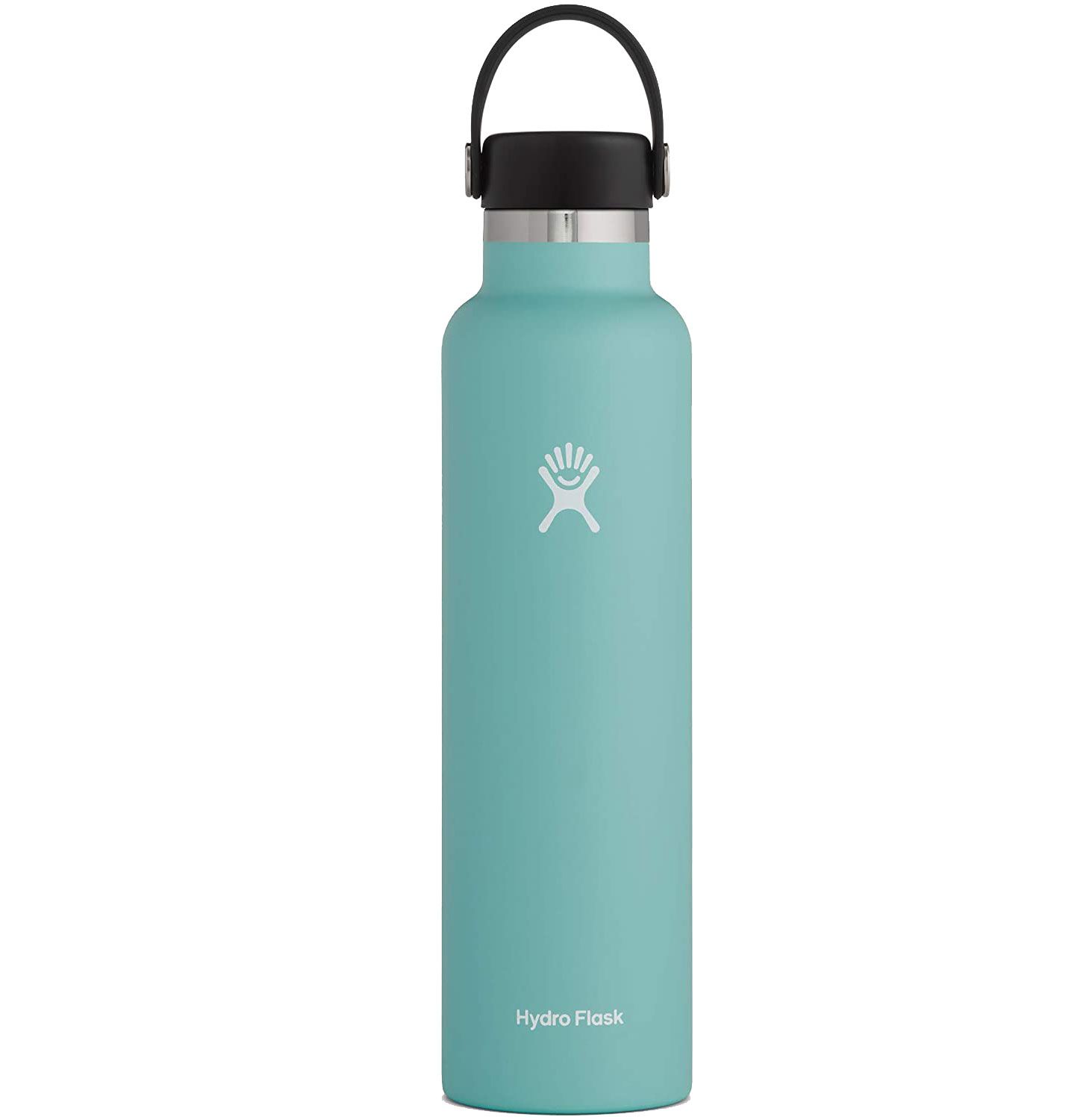 View On Amazon View On Hydroflask.com View On REI

Who should buy this: Hydro Flask's Standard Mouth Bottle is also for anyone looking for a high-quality insulated bottle or a gift for someone. Because of its size, we view this as a bit more of a travel bottle (although YETI's Rambler would also be a fine bottle). The more slender shape (half an inch smaller than the comparable Rambler) fits better in cupholders and water bottle pockets on backpacks. It's also a bit lighter (about half a pound) and tested better in the portability tests.

To be clear, we tested the Rambler with the Chug Cap and the Hydro Flask with the standard mouth opening (not with the flex straw cap). But we don't think it would've made much of a difference. YETI nails it with the Chug Cap, which has the perfect opening for drinking without liquid going all over your face.

"It was a delight to drink from," a tester said of the Rambler. "The mouth opening was a great size for my mouth and the water tasted terrific and cold. I like that the mouthpiece is narrow to prevent spills."

Both bottles have a textured finish that our testers enjoyed. And while our testers did like the wider mouth opening of the Hydro Flask, they liked the Chug Cap on the YETI more. However, the Hydro Flask is the way to go if you have smaller hands or prefer a smaller-diameter bottle.

"The size of the bottle fits perfectly into a backpack holder and fits securely in there without feeling top-heavy, so it'll fall out," one tester reported. "It also fits well into a car cup holder."

While the YETI Rambler also fit into the backpack holder and cup holder, it felt much less secure.

This test was fairly simple and straightforward. We filled the bottles with water, turned them upside-down, and shook them a bunch. We also put the bottles in backpacks and carried and tossed them around. Both bottles survived each test with no spills or leaks. No matter which bottle you go with, you shouldn't have an issue with annoying spills.

Both bottles feature proprietary double-wall vacuum insulation. And according to our tests, YETI's research and development department has done it a bit better. We placed ice water in each bottle and took temperature readings immediately after putting the water in the bottle and three and six hours later. The Rambler's water temperature increased 1.7 degrees F after three hours, while the Hydro Flask's temperature actually fell by 1.6 degrees F three hours into the test. But after six hours, the Rambler's temperature had only increased an additional 1.6 degrees for a total increase of about 2.2 degrees (when rounding). Hydro Flask, meanwhile, surged by 9.2 degrees for a total rise of 7.6 degrees.

YETI is known for its rugged, near-indestructible products, and the Rambler lives up to that reputation. We're honestly not sure how you could break this bottle to the point of being unusable. Even the plastic Chug Cap claims to be shatter-resistant, and our tests didn't suggest otherwise. We dropped the filled bottles multiple times on their caps, bottoms, and sides, and the Rambler survived with very minor dents, making it one of the most durable—if not the most durable—of the 26 bottles tested.

The Hydro Flask, meanwhile, dented very easily. "A couple more falls could have likely broken the bottom rim and made the bottle unusable," a tester reported, also noting that the lid and cap remained totally undamaged. Still, the Rambler is the way to go if you're hard on your bottles or making a decision off durability alone.

These bottles are actually somewhat similar in cost. Both start at $30 for the 18-ounce versions. But Hydro Flask goes to 21 ounces ($35) and 24 ounces ($40), where YETI jumps straight from 18 ounces to 26 ounces ($40) and goes up from there. Considering YETI wins more of our testing categories, we'll give the overall value pick to the Rambler.

"Although this bottle is one of the more expensive, it also was a top performer," one tester noted. "It kept water cold, stood up to drops well, and didn't spill."

But that's not to say the Hydro Flask is a lousy value. It's also an excellent value, and our testers thought it was very much worth the price tag for the product. Simply put: You can't go wrong with either purchase.

Nathan Allen is TripSavvy's Outdoor Gear Editor. He's often been made fun of for the number of liquids he keeps around him at all times. Nathan remembers the first Nalgene bottle he received as a teenager (and trying to test the brand's "indestructible" claim by running it over with his Ford Ranger). He always has a Nalgene and now the YETI Rambler while traveling. But he still appreciates the Hydro Flask that went to China and back with him.