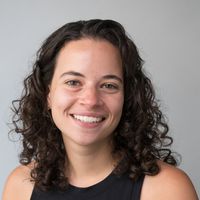 Jamie Ditaranto
Jamie Ditaranto is a freelance journalist, photographer, and full-time traveler. Before writing for TripSavvy, Jamie was the Editor of Video and Content for SmarterTravel.com, where she sought to share unique travel experiences like barge cruising in France and sleeping in centuries-old Japanese inns.
TripSavvy's editorial guidelines

We’re dedicating our August features to architecture and design. After spending an unprecedented amount of time at home, we’ve never been more ready to check into a dreamy new hotel, discover hidden architectural gems, or hit the road in luxury. Now, we’re excited to celebrate the shapes and structures that make our world beautiful with an inspiring story of how one city is restoring its most sacred monuments, a look at how historic hotels are prioritizing accessibility, an examination of how architecture could be changing the way we travel in cities, and a rundown of the most architecturally significant buildings in every state.

Any experienced travel photographer knows that getting a beautiful shot of a famous building is easy, but it's difficult to get a unique one. If you simply walk up to the building and stand where all the other tourists stand to take your photo, the building is doing all the work. But if you do a little research and snoop around the rooftops and streets surrounding the famous work of architecture, you can make your photo stand out.

Many of the world’s most famous architectural masterpieces are often surrounded by hotels and restaurants that take advantage of their unique perspectives to cater to tourists. As such, many of the best vantage points are only accessible if you book a room or stop in for a drink. The price may be costly, but if it’s a unique photo you’re after, it’s usually worth the price for a guaranteed great angle. If you’re willing to do more legwork, you can also find free views by exploring the surrounding neighborhood. If you’re looking for alternative views of the world’s most famous landmarks, here are a few places to start.

An icon of Paris and one of the world’s most beloved structures, the Eiffel Tower can be seen from many different vantage points around the city. The tower is most often photographed from the grassy lawn of the Champ de Mars, the panorama deck of Montparnasse, or the tiered gardens of Trocadero.

However, as you walk around Paris, you’ll find the tower is visible from many different angles, so taking a unique photo will be all about using your creativity. The best way to shoot the tower is to contextualize it. This could mean shooting it through the reflection of the puddles on a rainy day, popping out of the top of a building trimmed in French balconies, or framed by the bridges along the Seine. Hotels and restaurants like the Hotel Balzac and the Girafe Restaurant also offer great views if you want a more private experience.

The graceful sails of the Sydney Opera House can be photographed up close or from far away across the harbor, but unique views of the Australian icon can be found all around Sydney. Just outside the Park Hyatt Hotel, you’ll find a walkway with a reflective glass window that perfectly casts a mirror image of the Sydney Opera House. Or, from the Altitude Restaurant and the Shangri-La Hotel, you can look down at the Opera House and the Sydney Harbor Bridge. Another angle of the opera house—that works especially well at night—is from Beulah Street in the neighborhood of Kirribilli, just on the other side of the bridge. Here, you can frame the opera house between the rows of buildings at the top of the street or with a skyline view standing on the Beulah Street wharf.

Instead of craning your neck to capture New York City’s art deco titan from the ground, you should find your way to the tops of the surrounding buildings. Rooftop bars like the Skylark, just a few blocks down, offer close-up views of the Empire State Building without the clutter of other skyscrapers. If you prefer to capture the iconic building in its natural skyline habitat, consider crossing either the Hudson or the East River to see it rise above the waterline from one of the riverside parks and promenades in New Jersey or Brooklyn. And whenever you’re walking downtown, don’t forget to turn your gaze north to see if you can see the building standing tall above all the others.

In Istanbul, the Blue Mosque is a striking work of art that pierces the skyline with its six iconic minarets. The blue and stone exterior of the building is stunning at sunset or sunrise when the sun shines off the dome-topping gold cupolas, so it may be convenient to book a room at Seven Hills Hotel to snap photos from the hotel restaurant’s terrace when the light is just perfect. From Sultanahmet Arkeolojik Park, you can capture the mosque with fountains and flowerbeds in the foreground. From the Galata Tower, you can see both the Blue Mosque and the Hagia Sophia, the city’s other famous mosque, perfectly aligned with one another, or take a ferry trip to get a view from the water.

Every year, Barcelona’s Sagrada Familia gets a little bit closer to completion, and there is more to marvel at on every visit. You’ll need to get up close to appreciate all of the intricate details of Antoni Gaudí’s masterpiece, but to capture a unique angle of the cathedral, you’ll need to travel to the city’s highest points. Surrounding businesses like the Hotel 1882 Barcelona and the Gaudi’s Nest Apartments offer great views from their rooftops and balconies, but you get a great shot contextualizing the cathedral in the cityscape by taking the cable car up to Montjuic or making the trip up to the historic Carmel Bunkers at Turo de la Rovira in the hills. A visit to the Museum of Design and the Agbar Tower in the neighborhood of Poblenou can also provide a beautiful and isolated silhouette of the cathedral and its hardworking cranes.

The best photo spot in Siem Reap, Cambodia, is no secret. If you choose to wake up early for sunrise over ruins and reflecting pools of Angkor Wat, you’ll find a large crowd of early risers who are also there to capture the sun gracefully floating up behind a silhouette of one of the world’s largest Buddhist temples. The jungle surrounding Angkor Wat is quite flat, so for a unique photograph of the temple, you’re going to have to explore inside the complex’s 400 acres of ancient stone towers and strangler trees. You should find plenty of inspiration for photography in the labyrinthine halls of the temple, but you can mark your map for the Eastern Wall, where you’ll see intricate, well-defined carvings and Ta Prohm Temple, which has been consumed by the roots of giant fig and banyan trees.

The classic shot of the Taj Mahal is always taken in front of the long reflecting pool framed by the perfect symmetry of India’s white marble masterpiece. Around Agra, there are many other vantage points from which you can see the Taj, like from a boat ride along the Yamuna River or from Mughal Park, which provides a pastoral foreground for your shot of the mausoleum. There are also many rooftop terraces, which can provide beautiful views from afar, such as the Saniya Palace Hotel, which has a flowering restaurant area, or the Hotel Oberoi, from which you can see the Taj Mahal perfectly poised on the horizon. Keep in mind that air pollution in the area often detracts from the clarity of photographs, especially if you hope to shoot the building from a distance. So check the air quality reports before booking your stay at a long-distance hotel.

No landmark inspires vivid visions of ancient Rome more than the Colosseum, the ancient venue that once hosted gladiator battles and chariot races fit to entertain many emperors. The street view in front of the Colosseum and the interior are pretty standard angles, but it can be tough to convey the true scale of the ruin from those spots. You may need to step a little bit away from the Colosseum and wander up the street along with Via Nicola Salvi, where you can take it in from a higher angle and scout a unique perspective. However, you’ll probably find the best and clearest views from the comfort of one of the luxury hotels surrounding the Colosseum, such as the Palazzo Manfredi, which has a restaurant with one Michelin star and a rooftop terrace that looks out directly over the Colosseum and down the Piazza del Colosseo.