Meena Thiruvengadam
Meena Thiruvengadam is a New York-based writer, editor, and audience strategist who began writing for TripSavvy in 2019. She has written extensively about travel to Cuba, South Korea, North America, and Europe, including Italy’s Amalfi Coast.​
TripSavvy's editorial guidelines

It’s been just over 100 years since researchers made one of the most significant archeological discoveries of all time.

It was on November 4, 1922, that British archaeologist Howard Carter stumbled upon the nearly untouched tomb of King Tutankhamun, Egypt’s boy king who ruled from the age of 9 until his death at 19.

King Tut’s tomb was one of the best preserved in ancient Egypt and one of the world's most important archaeological discoveries. Unlike other pharaonic tombs, which were raided for treasure, King Tut’s tomb was largely found intact—the result of being forgotten under a pile of dirt. Researchers spent years pulling thousands of artifacts from the tomb, and those items—which include a solid gold sarcophagus and a world-famous headdress—have fascinated the world ever since.

In honor of the 100th anniversary of the tomb's discovery, Egypt has spent the month of November celebrating with a number of special exhibits, lectures, and events across the country—including a bespoke opera performed in front of the Hatshepsut Temple in Luxor, not far from where King Tut was entombed. At the Egyptian Museum in Cairo's Tahir Square, there is currently a special exhibit featuring 18 artifacts that once belonged to Tutankhamun, some of which are being displayed for the first time. While photography isn’t allowed in the exhibit, officials have created a virtual tour through which visitors from around the world can experience its treasures.

The centennial celebration is seen as an opportunity to spur tourism in Egypt, which has suffered because of the pandemic. But it isn’t just Egypt that is marking the anniversary of the discovery.

In Australia, the Perth Mint has released a commemorative coin fit for a king. The one-ounce solid gold coin features an image of King Tut’s funerary mask, one of ancient Egypt’s most famous artifacts. The National Geographic Society is also celebrating the discovery with an immersive experience in Washington, D.C. Similar King Tut experiences are scheduled for cities across the U.S. and Canada, including Chicago, Dallas, Denver, Detroit, Minneapolis, Nashville, New York, and Toronto.

But don’t worry if you missed the party. You can still join the festivities by visiting the new Grand Egyptian Museum, where many artifacts related to the discovery are set to be housed. The museum, which sits at the edge of the Giza pyramid complex just outside of Cairo, was scheduled to be ready in time for the 100th anniversary, but it is now expected to open in 2023. When it’s finished, it will house the most exhaustive collection of artifacts related to King Tut in the world.

Among the artifacts that will be available for viewing include King Tut's iconic mask, which is currently on display at the Egyptian Museum and is set to be the last item transported to the museum ahead of its opening. Meanwhile, about 150 items from Tut’s tomb are touring the world ahead of their relocation to the museum. Thousands of King Tut artifacts, most of which are made of gold, are already being stored there.

Visitors to Egypt also can enjoy a renovated Carter House in Luxor. Officials spent most of 2022 recreating a historically accurate representation of the home’s interior and repairing water damage to the more than 100-year-old structure, where Carter lived when Tutankhamun’s tomb was discovered. 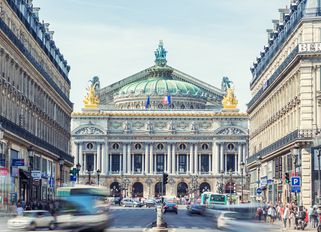