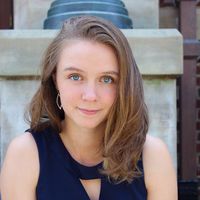 The HAOZI Universal Travel Adapter is compact, lightweight, and versatile enough for every adventure.

We purchased the HAOZI Universal Travel Adapter so our reviewer could thoroughly test and assess it. Keep reading for our full product review.

If you’re a regular international traveler or you’re planning your first far-flung vacation, a travel adapter is essential. The HAOZI Universal Travel Adapter has two USB ports as well as four different plugs—US, EU, UK, and AUS—which make it compatible with outlets in more than 150 different countries. While the HAOZI doesn’t convert voltages, it is safe for use with low-power devices like smartphones, tablets, and digital cameras. Plus, if you need to use a converter to run a higher-power device like a blow dryer or iron, it’s small enough to be used with one. Keep reading for our full assessment of the HAOZI.

The HAOZI Universal Travel Adapter comes in three different colors: black, blue, and green. If you prefer four USB ports to the regular model’s two, you can choose the upgraded version which is a little pricier and available in black only. We went with the blue one and are very happy with the color as it makes it hard to leave the adapter behind when cleaning a hotel room. It’s also very easy to fish out of the bottom of a purse or backpack.

As for size, the HAOZI measures just 3.2 x 2.2 x 2.6 inches and it weighs 4.2 ounces, so it’s exceptionally easy to pack. We chose to tuck it inside of a pair of shoes to save extra space.

With each device we tried it with, we found the same thing: the adapter worked just as well with a converter as it does alone.

This adapter has two USB ports and four plugs (US, AUS, UK, and EU). Between the four, it can be used in over 150 countries from Argentina and Aruba to Ghana and Hong Kong. If you’re from North America, you’ll likely also need a voltage converter for non dual-voltage devices to make sure you don’t fry them. We love the Foval Power Step Down Voltage Converter, which we’ll talk about more in the competition section below.

When we were using the HAOZI there was a slight issue with some of the prongs getting stuck on the way out. This is easily fixed by wiggling the slider back and forth a little bit, though. There’s also a button on the back of the adapter that you need to press to move the plugs. That way, they lock in place unless you need them.

The adapter’s safety system is certified by the FCC, CE, and RoHS. The HAOZI’s 6.3-amp fuse protects devices from short circuits and power surges. Built-in shutters also ensure that users never touch any of the adapter’s live parts.

Performance: Does its job silently

We took the HAOZI along on a recent trip to Ireland and used it to charge our phone, camera battery, and portable power bank. After plugging our devices into the adapter, we noticed a small delay in the electricity getting from point A to point B, but that’s to be expected. After those few initial seconds, it charged our devices smoothly and without making a sound. So if you plan on charging your electronics overnight, you’ll be able to sleep peacefully.

It charged our devices smoothly and without making a sound.

While our small electronics didn’t necessitate a converter, we did toy around with one to see if it would effect the HAOZI’s performance. With each device we tried it with, we found the same thing: the adapter worked just as well with a converter as it does alone.

Limitations: Can’t use with everything

While using this power adapter to charge small devices like phones and camera batteries is fine, it’s not meant to be used with high-power appliances. Things like hair dryers, straighteners, and laptops are out of the picture. If you’re bringing a laptop or larger electronics, consider checking out the other adapters and converter below.

The HAOZI Universal Travel Adapter retails for roughly $15 which is a decent price for such a versatile adapter. When calculating the costs for your trip, don’t forget to include the possible cost of a converter. If you’re on a budget, buying this adapter along with a converter can be pricier than buying a two-in-one model.

Competition: Plenty of options to choose from

Travel Ready AC Power Adapter: If you’re sticking to just Europe (and you don’t have any UK stops planned) Travel Ready’s adapter will work well. Since it’s compatible only with Type E/F European outlets, though, chances are it won’t suit the needs of frequent travelers.

PowerBear Travel Adapter & Surge Protection Strip: If you’re traveling with a group (or with a lot of electronics), this is a great option. The PowerBear is comparably priced to the HAOZI, and it’s equipped with two grounded outlets and four USB ports so you can simultaneously charge all of your devices. Though it comes with a built-in US-compatible plug, it also comes with EU, AUS, and UK adapters. It’s fairly slim, but when you factor in the cord, the adapter plugs, and the possibility of a converter, it takes up more space than your average adapter.

Foval Power Step Down Voltage Converter: In our opinion, Foval’s adapter is the best on the market. Not only is it compatible with EU, AUS, US, and UK outlets, but this device also converts electricity so you can use American devices in other countries. It’s not small, but you won’t need to pack another adapter with it. It comes with two grounded outlets, as well as four USB plugs. While it costs more than your average adapter, it is cheaper than buying an adapter and a converter and you get the same functionality.

If you’re looking for an adapter only, we love the HAOZI. It’s affordable, effective, and works in more than 150 countries. If you also need a converter though.