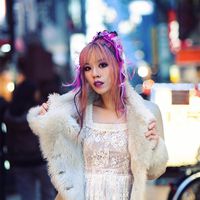 Horror books and films have a bewitching pull on fans worldwide. These spine-tingling tales let us feel the thrill of wandering in a macabre location, such as a haunted house or midnight graveyard. Our pulse quickens as we vicariously enter the sinister setting—aware that at any moment, the undead might pop out to scare us stiff! The most famous horror stories are inextricably linked to ghoulish places, such as the vampire Lestat’s spiked mausoleum in New Orleans, or the fiery volcanic crater of Japan’s “Ringu.” In some works, like “The Shining,” the setting (a haunted hotel) is arguably the main character as well as the most frightful element.

If you revel in all things spooky, you’ll be thrilled to the bones by these worldwide destinations associated with horror novels and movies—including “Alien,” “Sleepy Hollow,” and “Dracula.” Drop by for a visit, if you dare to come face-to-face with the supernatural.

Surrealist artist HR Giger is the mastermind behind the terrifying face-huggers and xenomorphs of the “Alien” movie series. At the HR Giger Museum in Gruyères, Switzerland, you’ll be mesmerized by his eerie concept art for “Species,” “Poltergeist 2,” and the never-made 1970s “Dune” film. Marvel at his early biomechanical works, and cower in front of an extraterrestrial with an elongated skull and double-row of teeth. Then, sip on absinthe at the Giger Bar, which is decorated with his signature skeletal arches and backbone chairs.

Get a bite of Dracula’s bloody history at Bran Castle in Transylvania. The 14th-century fortress is associated with Vlad the Impaler, the vicious Romanian ruler who inspired Bram Stoker’s blood-sucking Dracula. The medieval castle seems particularly fit for a vampire, with pointed spires and gloomy views of the Carpathian Mountains. Inside, you’ll find secret stone tunnels and a collection of torture equipment—including Vlad’s favorite, a long pointed wooden stake.

Japan’s steaming Mount Mihara is an active volcano that erupts about once every century. The island’s lava-scorched landscapes have inspired several works of horror, including “The Ring” series. In Koji Suzuki’s “Ringu” novel, the mother of long-haired Sadako loses her sanity and throws herself into the fiery crater. Mount Mihara was also featured in several Godzilla movies: the monster was imprisoned here in 1984’s “The Return of Godzilla,” but escaped in the sequel. Fans can hike or ride a horse up to the 2,487-foot (758-meter) peak, and admire dark and otherworldly views from the top.

Stephen King stayed for a single night at The Stanley Hotel in Colorado, and it was enough to inspire the nightmarish setting of “The Shining.” Established in 1909, this old-world manor has the same ominous feel as the Overlook Hotel of his novel. Likewise, guests of The Stanley have claimed to see ghosts from past eras haunting the halls. Dare to spend a night in the supposedly cursed Room 217, or get lost in the hedge maze.

The silent horror film “Nosferatu” shocked audiences when it was released in 1922. Director F. W. Murnau’s expressionist imagery remains bone-chilling today, particularly his black-and-white shots of Salzspeicher. These six brick salt storehouses were built in the 16-18th century, and they look like crumbling gingerbread homes in front of Trave River. When you see the red ruins under a cloudy sky, it’s easy to imagine that the “vampyre” Count Orlok still lurks inside.

“Lestat's Tomb” at Lafayette Cemetery No. 1

New Orleans’ Lafayette Cemetery No. 1 is a spectral setting for many of Anne Rice’s tales. Don’t be alarmed to see Goths posing for photos in front of a white cast-iron mausoleum marked with the name “Karstendiek.” Fans call this “Lestat’s Tomb,” as it inspired the spike-roofed version in the film “Interview with the Vampire.” The crowded, dilapidated Lafayette Graveyard is also the final resting place of some witches, according to Rice’s “Mayfair” trilogy.

Only brave souls dare descend into southern Italy’s Capuchin Catacomb. You’ll find yourself surrounded by desiccated bodies clothed in tattered robes, hanging from the walls or crammed in shelves. The monastery’s dim passages contain 8,000 corpses and over 1,200 mummies preserved between the 16th and early 20th centuries. Some appear to be grinning and stretching their bony arms out towards you, as if they had come back to life. Look for the uncannily preserved body of “Sleeping Beauty,” a 2-year-old girl whose eyes reportedly open and close. Director Francesco Rosi featured the catacomb in his 1976 film “Cadaveri Eccellenti,” but the experience of walking among the dead is even more chilling in person.

Beware the Headless Horseman, who terrorizes Sleepy Hollow as he hunts for his decapitated head. Washington Irving set his influential short story in real-life locations, including the Old Dutch Church and Burying Ground (also called the Old Dutch Reformed Church). Much of the terror takes place at this 17th-century stone church, which sits next to a cemetery filled with ornate mausoleums. Take a stroll past the winged skull tombstones—and as the sky darkens, look out for the legendary ghost-rider.

Also known as the Bone Church, Sedlec Ossuary is a chapel adorned with the remains of over 40,000 human skeletons. Look up, and be awed by a chandelier made from strings of bones. The altar is stacked with skulls, with some holding leg bones in their jaws. Sedlec Ossuary was established in the 13th century, and became filled with bodies during the Black Plague and Hussite Wars. In 1870, a Czech woodcarver named František Rint crafted the bones into the Gothic arrangements seen today. Since then, Sedlec has inspired numerous works of horror, including Dr. Satan’s Lair in Rob Zombie’s “House of 1000 Corpses.”

Bram Stoker wrote “Dracula” in 1897 while living in the English seaside town of Whitby. In the novel’s opening, the shipwrecked Count transforms into a black dog and runs up the 199 steps to Whitby Abbey. These Benedictine ruins date back to the 7th century and suffered severe damage over the years. Now, only the skeleton of stone arches and moldings remain. When you see Whitby Abbey’s sinister silhouette perched on the cliff, you’ll understand why Stoker was moved to bring the undead back to life.

10 Destinations Around the World Perfect for Horror Fans