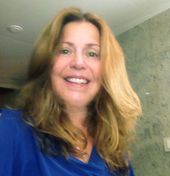 South Dakota is home to some of the best National Parks in the country. Free entry to these parks is available on certain days, but you’ll find plenty of other complimentary things to do on a South Dakota vacation to fill your other days.

Be sure to check before you go to make sure entry policies haven’t changed and make donations when you can to non-profits.

1. Jewel Cave
It’s the third longest cave in the world and has more than 180 miles of mapped passages. Jewel Cave is a National Monument you’ll definitely want to explore. In 2019, the per person fee for Jewel Cave can be found here.

3. Mount Moriah Cemetery
Learn about some of the notables in South Dakota history, including Wild Bill Hickok and Calamity Jane, through a visit to Mount Moriah Cemtery.

Head back to the Old West for a bit and enjoy the Gun Fights on Main Street in Deadwood. The battles are with blank bullets, but it’s still entertaining many a few times a day.

5. Adam’s Museum
W.E. Adams founded a museum in Deadwood in order to preserve and display the history of the Black Hills region. This free museum -- a donation is suggested – is now called the Adams Museum, after the man who donated the building to the city.

7. Teddy Bear Town
Downtown Hill City has some fun shops to look through, but Teddy Bear Town is more of a museum for you to purchase things at. It holds the Guinness World Record for the “Largest Teddy Bear Collection” with 9,000 different bears.

8. Civilian Conservation Corps Museum of South Dakota
While South Dakota worked to preserve the country’s national resources during the financially difficult 1933-42 period, the Civilian Conservation Corps (CCC) emerged. The goal was not only to preserve resources, but to work with the thousands of young men who were contributing projects to Hill City and the surrounding areas.

9. Badlands National Park
This breathtaking National Park is a must see on the list of things to do in South Dakota. A car pass is only $25 for 7 days or $30 for a year.

10. Mount Rushmore National Memorial
This massive sculpture in a mountain of Presidents George Washington, Thomas Jefferson, Theodore Roosevelt, and Abraham Lincoln has become one of the most recognizable scenes in the United States. You can take the trail and explore the massive carving, museum, and interactive exhibits. There is no admission charge to visit Mount Rushmore, but there is a parking charge in the lot.

11. Museum of Geology
The South Dakota School of Mines and Technology is Geology is the home to a wonderful geology museum that explores paleontology and mineralogy through gems, fossils, and skeletons. The museum also has an interactive kids zone.

13. Dinosaur Park
You can also bring your kids to Dinosaur Park in Rapid City for free fun as the check out the Brontosaurus, T-Rex, and other giant creatures sculpted here. It’s worth the walk up the hill to check out some amazing South Dakota views.

14. Downtown Art
Rapid City offers some unique opportunities to view fantastic displays of art with Art Alley, the Sculpture Project, and the City of Presidents. The downtown is like an open air museum. Be sure to leave plenty of time to walk around and explore.

15. Sculpture Walk
Sioux Falls is another South Dakota city strongly supporting the arts. The Sculpture Walk is an outdoor exhibit which displays sculptures downtown. Each sculpture remains for one year, at which time they are eligible for awards and purchase before the next group of sculptures are placed. Visitors have something new to see every year.

20. Wall Drug Store
You could probably spend a day at Wall Drug Store. Yes, there are things to buy in various stores, but there’s also a selection of restaurants – which offer five cent coffee – a traveler chapel, a mining and panning experience, and plenty of places for the kids to climb and explore. It’s no wonder it’s one of the most popular roadside attractions in the country. Don’t leave without a donut.

Check for hotel deals and reviews in South Dakota on TripAdvisor.