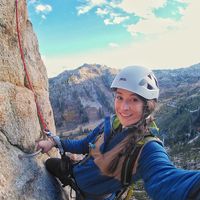 Suzie Dundas
Suzie Dundas is a writer and editor based in Lake Tahoe. She writes primarily about travel, the outdoors, and millennial culture.
TripSavvy's editorial guidelines
In This Article

If you're thinking about getting scuba certified, you've got a world of adventure ahead of you and a new massive list of places you'll want to visit. Once you're certified, you'll be able to dive for the rest of your life, seeing a side of the planet most humans see only through aquarium displays. According to the Divers Alert Network (DAN), less than one percent of Americans scuba dive. That leaves a lot of ocean to explore for those who do.

However, all scuba diving isn't created equal. There are several official and unofficial types of diving, some of which require additional certifications beyond the standard "Open Water" certification you'll get after passing your first class. Here's a quick rundown of the different types of scuba diving, though not all dives fit neatly into just one category. Some dives may be both night dives and wreck dives or your drift dive may also have small reef sharks, and professional divers have an entirely different set of options available to them.

Remember to always dive with a buddy, and never feel bad if you have to end a dive for any reason. If it's been a year or more since your last dive, be sure to do a refresher dive with an instructor before going out on your own.

Open water diving is your normal basic dive: dropping into the ocean, usually off a boat, and exploring underwater for 60 minutes or so. There's always something to see, such as a colorful reef, coral garden, or a shipwreck. Open water dives are always at designated sites and often have buoys to moor the dive boats to and guidelines to hold during your ascent and descent. Open water divers are limited to depths of 60 feet or less, which ensures they're able to swim to the surface should something go wrong without risking decompression sickness ("the bends.")

While rolling backward into the water off the side of a boat is the most common way to start a dive, some areas of the world offer shore diving, where you can walk in the ocean directly from the beach. Beaches with reefs just offshore are prime locations for shore dives and some places, like Bonaire and the east coast of Bali, Indonesia, are well-known for their many shore diving locations, Shore dives may seem easier, but they'll usually require you to walk across a rocky, sandy beach wearing your full scuba gear to enter the water.

While some people may think drift diving means being out of control, it really just means you can use the natural current to move you along your dive. A boat will drop you at the entry point, you'll cruise along in the current during your dive, and your guide will send up a signal device when you're back at the surface so the boat can come to pick you up. Dive shops will always know if a dive site is going to have a current or not, so you can check before you dive. Currents are usually mild enough that you can swim against them with just a few kicks of your fin.

Most sharks are at worst afraid of humans and at best indifferent to them, so shark diving is much safer than it sounds. Since sharks attack from below, kayakers and surfers are at a higher risk than divers (though the chances of an attack are still exceptionally low.) Sharks are territorial and divers will need to go to specific spots to find them like Cozumel (for whale sharks) or Kuramathi Island in The Maldives (for hammerheads). That also means that divers worried about seeing sharks can easily avoid them.

Tech diving is a bit loosely defined, but broadly, it's any dive that requires knowledge or skills beyond that of the average diver. Generally, that means dives that require a decompression period, mixed gases (like Nitrox or Trimex) in the oxygen tank, and go deeper than most divers are qualified to do (deeper than 125 feet, give or take). A good way of thinking about tech diving is this: if a quick ascent to the surface would risk giving you decompression sickness, it's probably a technical dive. Tech divers also need to be able to solve any problem, such as a free-flowing regulator or broken mask, while underwater.

It's like regular diving, but at night. Night dives may seem frightening but are actually some of the most peaceful, especially when surrounded by bioluminescent creatures and animals you can't see at night, like deeper sea fish and glowing jellies. Night divers always have strong flashlights to make it extremely easy to see each other underwater, even when far away. Depending on where you're diving, your night dive could be at sunset to watch night creatures emerge from their daytime homes. On dives where sharks are common, you'll probably dive after sunset to avoid the period in which sharks are most active.

If you're diving around a shipwreck, you're technically wreck diving. But when most people say wreck diving, they're referring to dives in which you can swim through shipwrecks. Though it seems easy, dark rooms and the potential for poor visibility as well as tight spaces and low ceilings mean only trained or experienced divers should attempt to go inside ships.

Undoubtedly the most dangerous type of diving is cave diving, in which divers move through underground cave systems. Thanks to pitch-black darkness, silty conditions that can cause minimal visibility, the very impenetrable cave ceilings, and the potential to get lost, cave diving is reserved for trained divers only. Even then, many divers run ropes along with them to ensure they can find their way back to the surface.

Related to cave diving is cavern diving, which has less risk than cave diving but more risk than open-water diving. Caverns are usually open on one side, so divers can still see a natural light source. However, there may still be tight openings, delicate rock formations you'll need to avoid, and sharp ledges and outcroppings that could catch and entangle your hoses.

While most divers prefer seeing sharks and dolphins underwater, a minority prefer the tiny, colorful creatures hidden on the ocean floor or tucked into reefs, like spotted sea slugs and rare pygmy seahorses. Dives where you're close to the ocean floor and looking for tiny creatures are called muck dives (or macro dives.) It's a general term for dives where you're slowly looking for tiny creatures, rather than looking for marine life like fish and sea turtles.

Most people dive in the ocean, but lakes can be equally interesting, especially those that contain shipwrecks or underwater trails. But because your body reacts differently to gases at different elevations, diving at anything other than sea level requires a specific set of calculations. Divers should do shallower divers with slower ascents. Technical divers doing deep dives at high elevations will need to follow somewhat complicated formulas to determine their maximum safe depth and how much time they'll need to add to their safety stops.

Wetsuits come in thicknesses ranging from 3 millimeters, for very warm-water diving, to 7 millimeters, providing the most warmth. However, in very cold water, you might need a drysuit. Drysuits attach to your tank and keep a thin layer of air between the suit and your skin. Fitted seals at the wrists, neck, and ankles keep water out and divers can wear thermals or long underwater underneath. Some shops will require a drysuit certification to rent a drysuit. While the concept is simple, having an extra pocket of air around your body can impact your buoyancy, and a drysuit with a leak can be dangerous as you'll likely descend quickly if you start taking on water.

Don't be confused by the name: freediving isn't actually scuba diving at all. Scuba is an acronym, standing for "self-contained underwater breathing apparatus," which means you need to be carrying your own air to technically be scuba diving. Freedivers have no breathing equipment, instead, they hold their breath for long periods of time to reach deep depths. The world record for freediving is a whopping 702 feet below the surface. Freedivers often use underwater dive scooters to descend and are pulled up by an ankle rope to quickly get back to the surface.